After admiring the gannets of Cape Kidnappers and the wine of Hawke’s Bay Nicole and I took a few days to reach the next destination of interest, the Coromandel Peninsula. This chuck of land lies between New Zealand’s largest city, Auckland, and the Bay of Plenty, and is a popular tourism destination due to its numerous beaches, attractive forests and proximity to Auckland. The area is very hilly, and the roads are not wide, which makes driving a slower proposition particularly with the rain we had on the day we arrived. The place isn’t big, but it takes a while to drive around.

The weather was slightly better the following day, and we drove around the top end of the peninsula, stopping at Hot Water Beach, where a large crowd was partaking of the volcanic hot springs (we chose not to) and reaching Coromandel Town at lunch. The area is famous for some Kauri forests, but we decided to skip these as Nicole assured me there were much more impressive stands of these massive trees in Northland, where we would be spending Christmas. Near the town we found a small inlet with numerous shorebirds pushed up close to the shore (and car park) due to the high tide. The first bird off the bat was a lifer for me, the New Zealand Dotterel. This bird is generally only seen in the northern half of North Island, except for a tiny population on Stewart Island. Like many endemic birds it is threatened by introduced species, as well as the usual problems of loss of beach habitat shared by many beach specialists. SIPOs are the more migratory of the two species, breeding (as the name suggests) on South Island and migrating to North Island in the winter, although non-breeders remain up here year round. The Variable Oystercatcher is more widely distributed year round and I see it more commonly even though it is actually the rare species. Both are endemic to New Zealand, assuming you split the SIPO from other populations of pied oystercatcher.

That night we decided to go to the pub in Coromandel Town after dinner for a single (read:single) beer, but having gotten the round in the heavens opened and we were stranded there until a brief break in the rain allowed us to dash back to the camping site after four beers. I don’t think it stopped raining all night – to the point that the tent began leaking. In the morning, the clouds still grey with the rain the continued to fall throughout the day, we decided to give up on the area and move on. The area was beautiful, but it was hard to notice and there was little to do in the rain. We drove to the village of Miranda, which lies at the base of the Firth of Thames (the body of water between the Coromandel and the area south of Auckland). It is the home of the Miranda Shorebird Centre, our next destination. It was actually one I was mildly worried about bringing Nicole to, as shorebirds are one of the more difficult to appreciate aspects of birding. I’ve met birders who couldn’t care less about separating the stints, splitting the sandpipers or dividing the dowitchers.  But Nicole had actually found the place herself while we were planning the trip, and said we should go there to see birds,  so at least I could say it was all her fault if it bored her to tears.

I needn’t have worried. The rain that had so bothered us in the Coromandel was apparently staying there, and the walk out to the hide was through pleasant meadowlands filled with singing Skylarks, and the occasional Australasian Harrier. The walk also took us past mangroves where we tried to sneak up on the hundreds of crabs. At the hide young and enthusiastic employee of the Miranda Naturalists Trust had a scope set up for visiting birdwatchers (we only had my binoculars) as well as information about the scene before us. The main attraction here are the shorebirds, and the location had a mix of local and international migrants. There were much larger groups of South Island Pied Oystercatchers than we had seen the day before, but also massive flocks of Bar-tailed Godwits from Asia and Alaska. The second most common Arctic migrant was the Lesser Knot (known as Red Knot pretty much everywhere else I suspect), but there were also a handful of of Ruddy Turnstones and even a very few Sharp-tailed Sandpipers and Curlew Sandpipers. Of the local migrants, there were a small number of Banded Dotterels (which I had last seen on a mountain). The highlight of Miranda, however, are the Wrybills. These small plovers, like the SIPOs, breed on South Island and winter in the estuaries of North Island, although a small number remain up in Miranda year round (there were around 45 present on the day we visited). They breed on fast moving rivers with large stones, and this habitat presumably gives rise to their unusual right-curved bills, which can slide under the rocks to whisk out prey. They are apparently the only bird with a skewed bill that points in one direction, and before you ask, yes, it always skews to the right. Sadly, like the New Zealand Dotterel, it is considered threatened. It wasn’t like there was only shorebirds either. The rarer of New Zealand’s three gulls, the Black-billed Gull, was present. Apparently there is a small population that breeds in the area, although the colony had failed this year. There were also plenty of Pied Stilts, as well as one of my favourite Australian self-introductions, the Royal Spoonbill. There had even been a Semi-palmated Plover seen recently (the subject of some discussion amongst birders I met over the following weeks – we don’t get many American vagrants down here) but we didn’t see it.

We spent the night in one of the rooms at the Centre, watching Futarama and drinking the wine we’d bought in Napier. I’d certainly recommend the place to any visiting birders, and it is great to support local groups working to protect important places like this. 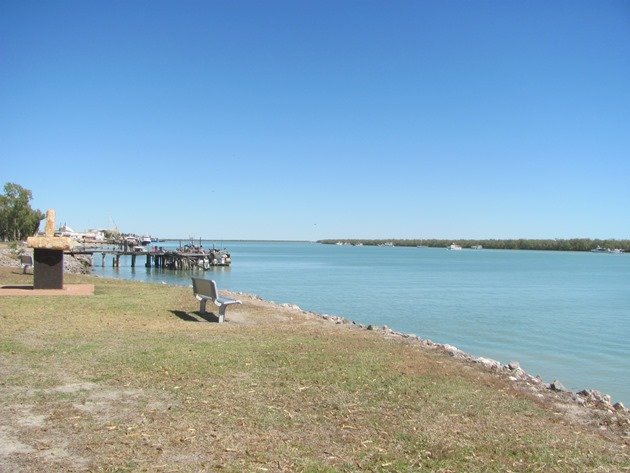 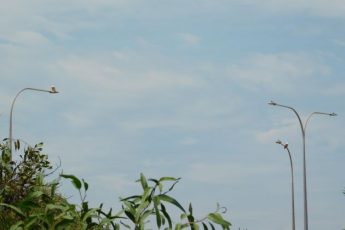 A few more birds and streetlights

« Previous post
Common and Barrow’s Goldeneye, Common and Scarce
Next post »
How Many Kinds of Canada Goose?