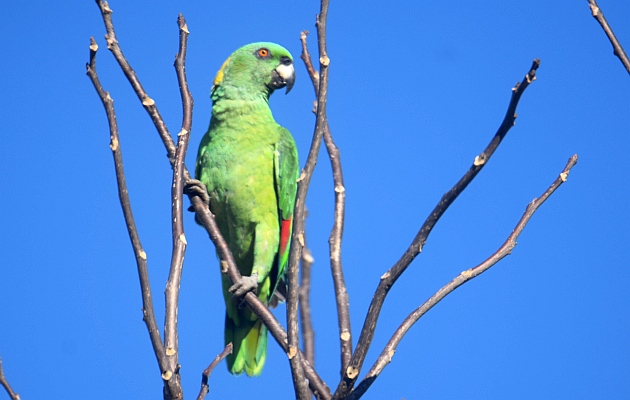 Sadly, horribly, we live in an era of mass extinction. Go for a walk in a local park in near the capital of the USA and the statement seems far-fetched, absurd even. Most of the usual birds seem present, a frog or two call from a small wetland, and a few other expected animals are there too. It’s the same old background sounds, the usual natural sights; where’s the extinction? Take that same stroll in southern Brazil or other places and extinction is acres of burned rainforest, a walk through plastic decorated neighborhoods devoid of insects, massive forest fires, die-offs of animals, and millions of shellfish being cooked alive, in situ.

Even so, in the short term, it can be hard to accept that hundreds of species are close to being extinguished from this irreplaceble tapestry of life, that hundreds more are headed for the same eventual abysmal stop. However, if we could take that same walk in a local park 500 years ago and do it again, once per century, the changes would be so severe, the park would probably be unrecognizable. We would marvel over cheery flocks of green and bright yellow Carolina Parakeets and then we would see them decline until there were just two, maybe one lonely bird, and then we would witness their forever absence. We would nearly tire of watching Passenger Pigeon clouds until they eventually decreased and were suddenly gone, erased from an avian scene dominated by them for thousands of years. During our time travels, we would note vast changes in many other birds and animals. We would see how species that used to be common, even abundant, became remnants of their former, robust populations.

Extinction can happen fast but not usually fast enough for people to become alarmed. Those of us who become alarmed are the people with enough nature awareness to see it happening, bit by forest chopped bit, fewer birds. We might be alarmed because we trust scientific data, and because we know that people aren’t separate from nature, birds aren’t the only beings we’re worried about.

If there’s anything good related to the current mass extinction event, it’s that we know it is happening and we can therefore, just maybe do something about it. Part of that recognition is assessing which types of plants and animals are more threatened than others. Which species are endangered? Which animals could be on a slippery slope to becoming endangered? Knowing this information is vital for coming up with timely solutions, perhaps most of all for animals and plants truly on the brink of being lost forever. Such ultra rare and imperiled biodiversity are the “Critically Endangered“, species that, according to the IUCN, “have decreased, or will decrease by 80% within three generations”. Five bird species on the Costa Rica bird list fall into this alarming category. Two are pelagic species, two are resident, and the other one is a mystery. Here are some tips for seeing these special birds and how you can help them.

In Costa Rica, the sole tropical breeding albatross is a rare visitor to pelagic waters of the Pacific. Only a handful of records are known from Costa Rica but given the lack of coverage, could a few of these massive seabirds visit our waters more often, especially in the deeps past Cocos Island? Perhaps, but with logistics keeping trips much closer to the mainland, all a birder can do is take a pelagic trip closer to the coast and hope to hit the birding lottery. A more surefire way to witness this long-winged bird is by visiting breeding grounds on the Galapago Islands.

There appear to be two main threats to this species; being accidentally hooked on fishing lines and in drift nets, and waters warming quicker than it can adapt to (hello climate crisis). A couple of ways to help the Waved Albatross is by supporting organizations such as the Galapagos Conservation Trust and the American Bird Conservancy. Both of these organizations have initiatives that work towards and provide solutions to the main threats faced by this magnificent bird.

Formerly known as the Dark-rumped Petrel, this master of ocean flight used to be lumped with the Hawaiian Petrel. In Costa Rica, the bird is rarely seen in pelagic waters of the Pacific. The two best ways to find it when visiting Costa Rica are: taking a trip to Cocos Island, and watching pelagic seabird flocks associated with tuna and dolphins. As this petrel is more likelyto occur well offshore, the trip to Cocos is the best way to see one in Costa Rica. Take the 36 hour trip and you can also watch for it at night (when it may actively forage)! However, birders should definitely keep an eye out for this petrel during pelagic trips that reach or pass the continental shelf. There is at least one report from one such trip; a bird seen and photographed in a large raft of shearwaters.

This petrel is mostly threatened by invasive species on its Galapagos Island breeding grounds, and potential changes related to warming of the waters it inhabits. Fortunately, predator removal programs in the Galapagos are taking place and further support of such programs as well as seabird conservation efforts on and near the Galapagos should help.

Thankfully, this fancy bird is much easier to see than the previous pair of oceanic species. Go birding at any number of sites in the Caribbean lowlands and a birder has a fair chance of hearing the resounding calls of this majestic bird. Wait long enough and it may fly into view on slowly flapping wings and reveal its huge, surreal appearance. Fortunately, for the moment, the Great Green is still fairly easy to see around forested sites in the Sarapiqui region, Tortuguero, Boca Tapada, and near Puerto Viejo de Talamanca. This far ranging species can also occur at any number of additional sites in the Caribbean lowlands and foothills of Costa Rica. During the wet season, they can also visit sites around Virgen del Socorro, Braulio Carrillo, and other areas with foothill rainforest.

Thanks to their larger than life attributes, when Great Greens are in the neighborhood, they can be hard to miss. However, the ease of seeing a few here and there can belie how rare these birds truly are, how much trouble they face. Great Greens may be doing alright in Costa Rica but in many other parts of their range, surveys indicate another story. Threats to the Great Green Macaw include habitat destruction (especially any cutting of Dipteryx trees used by macaws for nesting and food) and capture for the pet bird trade. Some ways to help this incredible bird include supporting the Macaw Recovery Network, any efforts to protect and reforest habitat from eastern Honduras to eastern Panama and northern Colombia, and never buying a Great Green Macaw.

Like the Great Green Macaw, in Costa Rica, this large parrot of the dry forest is fairly easy to see. Listen for their distinctive human-like calls and watch for them in morning and late afternoon flight in such sites as the Tarcoles area, around Palo Verde National Park, and around Santa Rosa National Park. They can also show in other places including parts of the Central Valley (try the Cariari golf course!). Unfortunately, this species also mirrors the Great Green Macaw in being fairly easy to see for the moment but impossible to see 30 years from now (or sooner) unless serious actions are taken to keep it from declining.

When asked about the Yellow-naped Parrot, in many places, locals mention how this bird was much more common just 20 years ago but that they no longer see it. It’s an unfortunate answer that reflects the steady decrease in population suffered by this parrot king of the tropical dry forest. The decline seems to be related to unsustainable capture for the local cagebird trade combined with a low reproductive rate and habitat destruction that further limits scarce nesting trees and food sources.

Don’t be surprised if you don’t find this species in your field guide. Although you will find it on the Costa Rica Birds Field Guide app, even then, you won’t see any photos of it. There’s only a few pictures of one individual, the sole specimen for Amazilia alfaroensis.The Guanacaste Hummingbird hasn’t been seen since it was discovered more than 100 years ago. Where is it? What is it? No one really knows. It has typically been assumed to be a hybrid but when ornithologists Guy Kirwan and Nigel Collar determined that the bird was likely a valid species, this “lost bird” received some much needed attention.

Recent searches have not rediscovered the species but given the bird’s close appearance to the Blue-vented Hummingbird, and the very little birding that has taken place where it may still occur, additional searches seem warranted. Without knowing what this species really is and what it needs, we can’t know what threats it might face. However, we can’t go wrong in protecting habitat at and near the place where the one specimen was taken; a site on Miravalles Volcano.

A top priority for protecting this species is rediscovering it; a task that places birders in a unique and exciting position to help. In addition to supporting any habitat protection and conservation initiatives at and near Miravalles Volcano, birders can also help by, (1) going birding in the Miravalles and Rincon de la Vieja area, (2) documenting any hummingbirds that resemble Blue-vented Hummingird, and (3) check those hummingbird images for birds with blue on the crown. If you do find a Blue-vented Hummingbird with a blue crown, you might rediscover a lost, critically endangered species.

These are the critically endangered birds of Costa Rica. Sadly, we also have some resident species considered endangered by the IUCN. To keep bird species such as the Yellow-billed Cotinga and Bare-necked Umbrellabird from becoming critically endangered, solutions are similar to what is needed in most parts of the world to prevent extinctions; protect habitat that exists, reconvert areas to historical natural habitat and ecosystems, reconnect people with nature in every way possible, and enact climate crisis solutions now. Let’s get to work, we really have no time to lose. 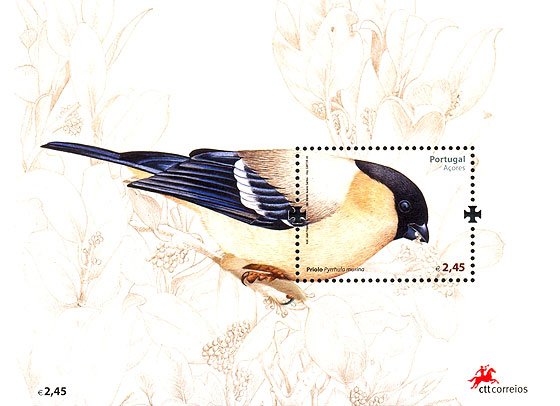