This just in… Dan Rhoads, weary to the bone with eyes nearly burnt out from competitive bird watching, just completed his report of the  Second Annual Cyprus Bird Race, transmitted it to the 10,000 Birds home office through secret back channels, and then collapsed. We expect he’ll recover in time, but don’t let his struggles be in vain. Enjoy this blow-by-blow description of an amazing day of birding…

Team name: The Shrikes
Team members: Stavros Christodoulides (team leader), Melis Charalambides, Lefkios Sergides, Dan Rhoads
Number of (sub)species seen: 119 (counting two ssp. each of Yellow Wagtail and Chiffchaff)
FULL SPECIES LIST
Started: 06:00 at the BirdLife Cyprus office in Strakka
Ended: 19:43, back at the office
Distance traveled: 625Km
Comments on the rules: Birding by ear is okay; team leader + at least one team member must see/hear a bird to count it; recognized subspecies count; pishing is okay but recordings are not.

All four of our team started off together at 6am from the BirdLife Cyprus office in Strakka, but counting actually began 35 minutes earlier when Stavros and Dan heard Scop’s Owl at the old University of Cyprus campus, and then Long-eared Owl at the Strakka offices. With Melis and Lefkios joining us, we set off for our Big Day.

Our first destination was at Aradippou, by the Partenitis Dam, which enabled us to reach 22 by 06:43. Highlights there was a Garganey, 75+ Cattle Egret, 10 Purple Heron, 5+ Penduline Tit, 2 Night Heron, a Great Reed Warbler, and a Water Rail. The Penduline Tits were especially surprising – while they regularly winter in Cyprus, especially in recent years, this was very late in the year for them to be still found here.

We then reached Oroklini marsh at 06:55 where we brought our total up to 43 after half an hour there. Among these were Great White Egret, Snipe, Wood Sandpiper, Marsh Sandpiper, Black-tailed Godwit, Black-headed Wagtail, and Red-crested Pochard.

And then we were off to the Cape Greco area, stopping first at Kermia beach for 10 minutes. Blue-headed Wagtail brought the number of Yellow Wagtail ssp. to two. We also saw there a “Dombrowski’s” Wagtail, which with its black face and blue cap reprepresents a cross between Black- and Blue-headed Wagtail subspecies. Unfortunately we couldn’t count the “Dombrowski’s” however. Also at Kermia we saw the first of many Lesser Whitethroat, plus a Quail that looked as though it had just come in off the sea in migration. Indeed, it was sitting in a very unlikely place: on a bare rock just above the surf, 10 meters from shore. We left Kermia beach with 52 on our list.

Then we reached Cape Greco at 08:12, where we saw a lot of Northern Wheatear, Isabelline Wheatear, and Cretzschmar’s Bunting by the church, as well as Common Whitethroat and Black-eared Wheatear. Unfortunately we appear to’ve been too late for the Audouin’s Gulls. There was a flock of 30 Glossy Ibis, followed by a Pallid Harrier traversing the peninsula. At 08:43, we saw a Common Nightingale too. Eastern Orphean Warbler and another Pallid Harrier were added to the tally at 08:55.

Further along on the peninsula, we found Ruppell’s Warbler, 6 Tawny Pipit, 3 Baltic Gull, and a Woodchat Shrike. By the caves, we also added 3 Alpine Swift. We left the Cape Greco area at 09:38 with 79 on our list. And before leaving the Famagusta district, we visited the Sotira pools in Paralimni, where we added Little Crake, Spotted Crake, Bluethroat, and Stone Curlew. With that, we turned westwards for the Larnaca district, at 11:40 with 95 species.

By the time we reached Meneou and the Spyros beach at about 13:00, the weather had turned very windy, and we were shorted on a few species of gulls that we’d been hoping for. As it was, we were only able to add Black-headed Gull for gull species there, along with Red-throated Pipit and Ferruginous Duck. We also counted a solid flock of 39 Marsh Sandpipers and 14 Greenshank there in Meneou. And at nearby Kiti Dam, we also added Bonelli’s Warbler for a total of 101 species before departing for the Limassol area at 13:57.

In Limassol, we got Sand Martin at Bishop’s Pool at 15:08, plus 2 Citrine Wagtail at the Akrotiri gravel pits at 15:30. We passed by the Phassouri reed beds for the Squacco Heron there at 15:45. And then it hit us: we might dip on Great Tit! Thankfully we didn’t miss it though, being able to find one quickly in the orchards nearby.

Last stop before Troodos area was Kensington Cliffs at 16:10, where we added 5 Shag, a Blue Rock Thrush, and 3 Griffon Vulture. The Vultures were great, and while we weren’t certain, we speculated that we thought we could see a vulture chick on the cliff where one of the 3 landed.

In Troodos area, we added Serin and a few other regulars quite easily, along with a handful of Pallid Swifts at 17:43, which nest in Troodos square itself. We also saw a Blackbird and heard a Wren at the bottom of Kanoureses track at 18:00. Then, last bird of the day was a Crossbill at Leivada Tou Pasha at 18:18. 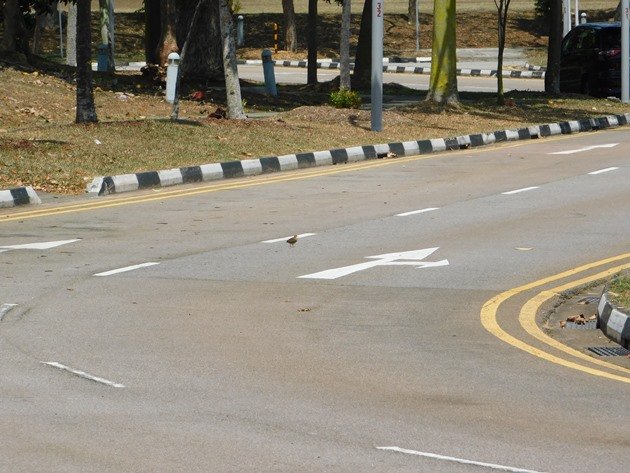