September 11, 2013 by Meredith Mann No Comments 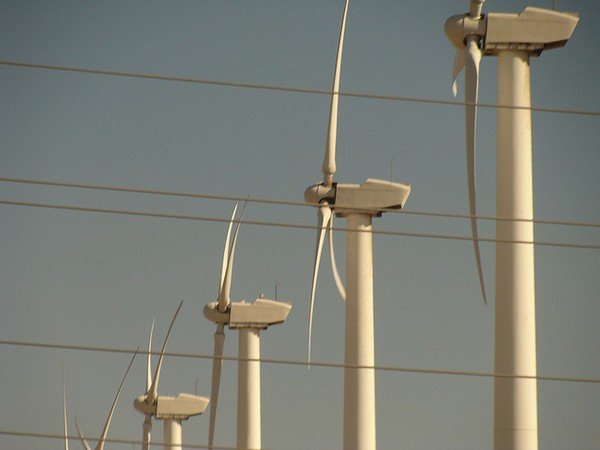 Wind turbines at Altamont Pass in Northern California (a known eagle-fatality site not included in the study); image by Bonita de Boer/Flickr/Creative Commons License
The use of wind turbines, often deployed on large scale in “wind farms,” has many benefits–wind power is a renewable resource with minimal impact on the environment. Except for birds, that is. A recent study has documented a rise in the number of turbine-related eagle deaths in the United States.
The increase seems to parallel the wind-energy industry’s expansion, according to the authors. Data from the wind-power companies notes the deaths at least 85 Golden Eagles and Bald Eagles since 1997, with at least 67 of those deaths occurring with in the past five years. It’s worth noting that these numbers are self-reported, so researchers assume that actual death totals are higher. (And that’s not even mentioning the many other non-eagle birds which meet an unfortunate end due to wind turbines.)
Apparently, the U.S. Justice Department is investigating seven of the deaths, since they violate federal law. But that may be an exercise in closing the barn door after the horse is out, if the Associate Press story linked to above is any indication: “… the wind energy industry has pushed for, and the White House is currently evaluating, giving companies permission to kill a set number of eagles for 30 years. The change extends by 25 years the permit length in place now, but it was not subjected to a full environmental review because the administration classified it as an administrative change.” As if eagles didn’t have enough environmental hazards to worry about.
Bald Eagles Golden Eagles windmills
Share:

« Previous post
Where Are You Birding This Third Weekend of September 2013?
Next post »
Mohouidae, the newest bird family