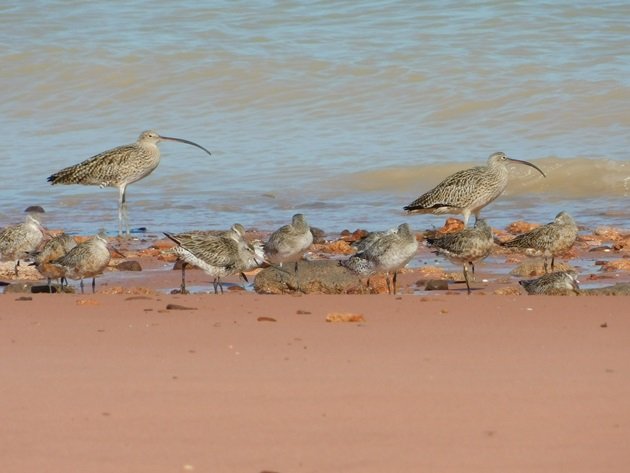 The Eastern Curlew Numenius madagascariensis was added to the IUCN Red List in 2016. It has been recognised as a shorebird with a population in decline globally and we are very fortunate here in Broome to have part of the worldwide population visit each year during their non-breeding phase. We have noticed there are less of all of the shorebird species in the years that we have lived in Broome. Thankfully the Eastern Curlew is easily observed around Broome and easily added to our Year List each year, but the flocks are smaller than in the past.

It is a complete oversight that I have not shown photos of the Eastern Curlew around Broome over the years! It made sense to share these recent photos before the Eastern Curlew takes off on its journey to the northern hemisphere to breed. 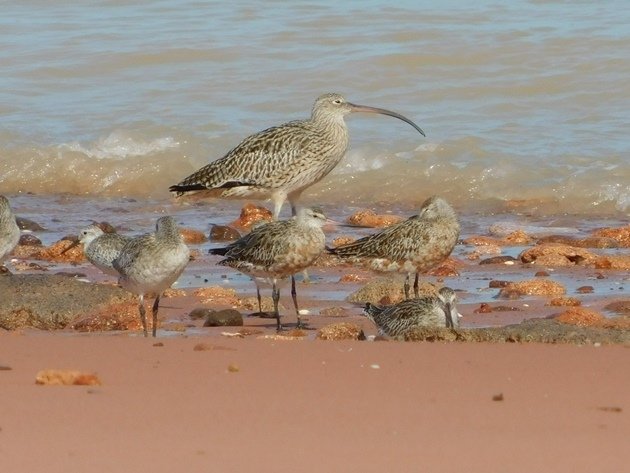 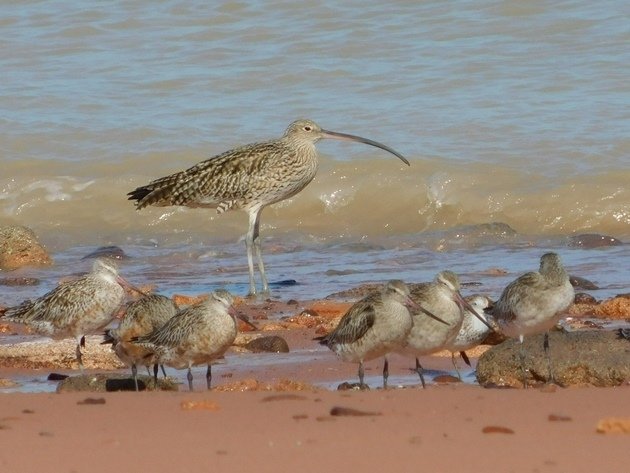 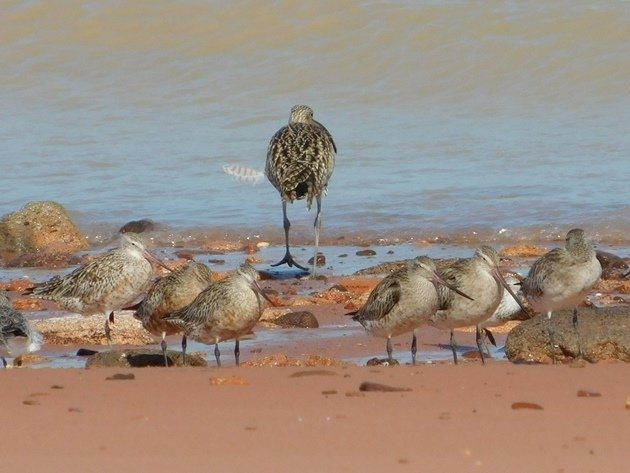 Eastern Curlew with a feather blowing in the wind! 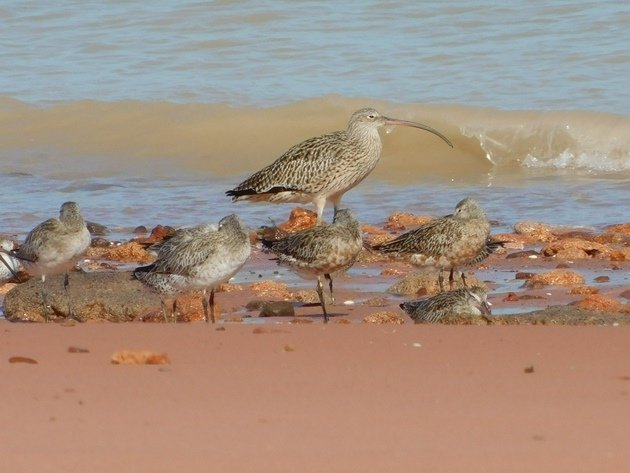 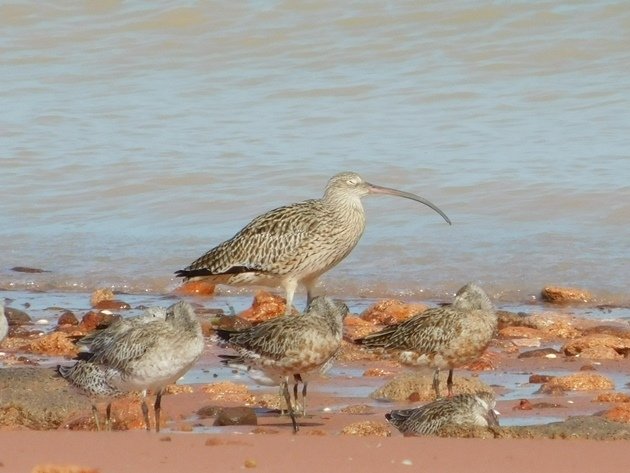 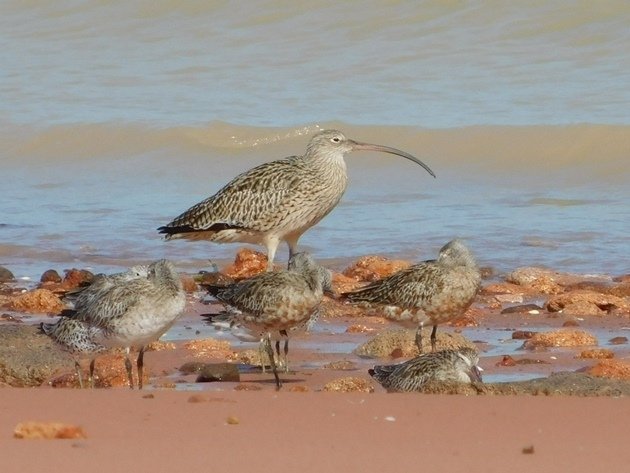 Each year we observe the magnificent shorebird migration from Broome to the northern hemisphere. We then eagerly await the return of the juvenile and adult birds later in the year. You can see on eBird the movement of Eastern Curlews throughout the East Asian-Australasian Flyway.

Mudflats are an important environment for many creatures. As the mudflats are developed along the East Asian-Australian Flyway, both in Australia and overseas, it has devastating results for all of these creatures and we will continue to watch their decline if governments are too slow to act.

Where Are You Birding This Fourth Weekend of May 2010?