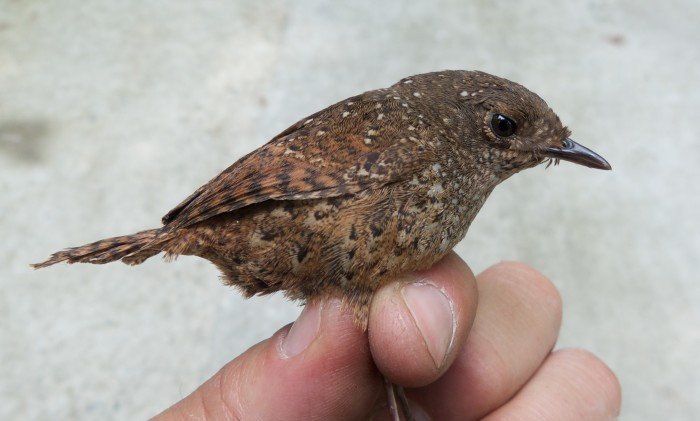 Big news about a small bird broke earlier this month when bird researchers from several nations announced that the species formerly known as Spotted Wren-Babbler (Spelaeornis formosus) — a tiny, secretive bird of montane forests from the eastern Himalayas to southeast China — is not a Spelaeornis wren-babbler at all. Instead, it appears to be the sole member of a very old family (Discovery of a relict lineage and monotypic family of passerine birds, Alström et al.). Photo above by Per Alström/SLU.

The Sylvioidea superfamily has seen huge taxonomic upheaval in recent years as researchers have finally started sorting out its many branches with genetic research and other tools. And the Spotted Wren-Babbler news shows that surprises still lurk deep within this large group of birds as little-known species finally have their DNA sequenced and compared with that of their so-called relatives.

The Spotted Wren-Babbler had been classified with a handful of other wren-babbler species in the genus Spelaeornis, in the babbler family Timaliidae. Timaliidae is currently thought to contain 50-odd babbler species distributed across southern and eastern Asia.

But despite its physical similarity to the Spelaeornis species, the Spotted Wren-Babbler turns out to be something much different and much older. It is so distinctive, in fact, that Alström et al. propose treating it as one of 10 major divisions of the Passerida. That would give this once lowly species the same level of distinction as clades containing hundreds or even thousands of species!

Alström et al. propose returning to the scientific name Elachura formosa for this unique bird, placing it the new family Elachuridae, and making Elachura the bird’s common name. Whether the latter suggestion will stick or not remains to be seen. There are already wren-babblers in three different families, though all do lie within Sylvioidea.

But the Spotted Wren-Babbler gives a long, jingling series of high-pitched notes — to my ear, reminiscent in pitch and quality of Australasian gerygones (which, to be clear, belong in a completely different part of the passerine tree).

Some surprises of this magnitude are foreshadowed; some are not. I wondered which little-known birds might be next in line for new-found fame — or at least a simple family switch — and it turned out, someone had started a Birdforum thread posing the same question after hearing the wren-babbler news. Here are some of the birds Birdforum posters recommend keeping an eye on:

Well, my curiosity and wanderlust are certainly piqued! 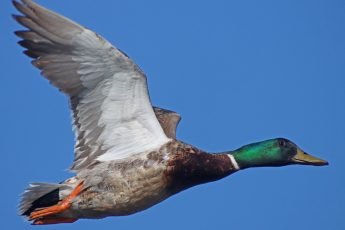