Four Groups of Neotropical Birds that may Challenge your ID Skills

No doubt that one of the fun parts of birding is being able to identify birds in the field. Getting to a point where one is comfortable identifying birds takes time and dedication. Some bird groups take more to learn than others.
Challenging groups of birds are those with very similar species occurring in one locality. Others include species where males and females have breeding and non-breeding plumages and those species that take multiple plumage stages to reach the adult age. Another level of complexity in identifying birds is how long they can be observed in the field. For instance gulls are one of the most challenging groups, but one can have study looks of stationary birds through a spotting scope. In contrast, warblers are in constant motion in foliage. Identifying them can be a challenge.

Neotropical birds generally do not have multiple age or breeding related plumages. The challenge in identifying these birds comes as very similar species occur in the same locality, often using similar habitats. Sexually dimorphic seedeaters are a mixed bag. Males have distinctive plumages but females are nearly identical. Females are easily identified, or it is assumed they are the same species as the males that accompany them. When several species forage together all bets are off. Identifying a single female in a locality where multiple seedeater species are possible is a real challenge. Some ovenbirds occur in the same habitat. They are largely rufous-brown and only subtle differences in streaking, barring and eyebrow length differentiates them. Most hardly ever stay still long enough to allow a good look and favor thick foliage or grasslands. These are the true “little brown jobs” and go on trip lists as such. Subtle variation in microhabitat use, elevation, and voice are helpful to tell them apart. Tyrant Flycatchers have some genera that are among the most difficult to identify among Neotropical birds. Tyrannulets and Ground-Tyrants, for instance, have dull plumages with field marks that are not easily observed. Many of these birds are sympatric, can be found in the same mixed species foraging flock, and have high pitches as vocalizations or are mute altogether (Ground tyrants). These often go on the list as small Tyrannulet or just as a Ground-Tyrant. Tapaculos of the genus Scytalopus are perhaps the most challenging birds to identify. Generally, there are two to three species of sympatric Tapaculos at most localities along the altitudinal gradient of the eastern Andes. Species replace each other altitudinally and are uniformly gray and brown. They are mega-skulkers that favor dense and dark thickets. They are so similar that they were thought to be only a handful of species. It was only through the use of DNA analysis and their vocalizations that many were given species status. When it comes to Tapaculos, catching a glimpse of one is an achievement; identifying it to the species level by that glimpse is nearly impossible. Fortunately, Tapaculos have loud and well patterned vocalizations. If a tapaculo vocalization comes from the bush you caught a glimpse of one, it is likely you saw one of the species occurring in such locality. But there is always the possibility that what you saw was not the bird you heard calling. I find these scenarios and identification challenges fascinating! 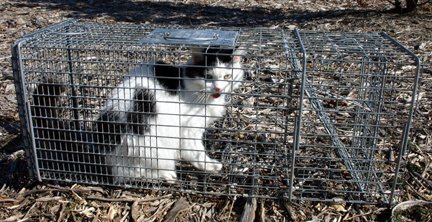 « Previous post
Where Are You Birding This Third Weekend of January 2015?
Next post »
What is a Blue Goose?