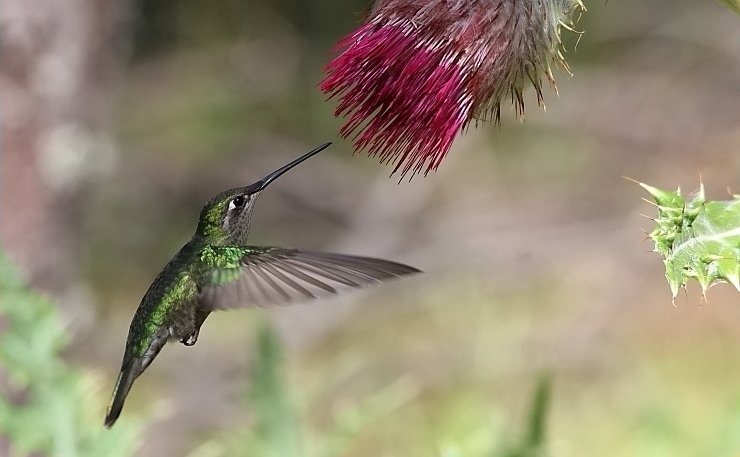 It was some seven years ago that I had the idea (brilliant, if I may say so myself) to use Google Maps “terrain” function to find the highest- and lowest-altitude places within one hour from my home. Michoacán’s topography being what it is, the highest spot possible is a full 1,000 m (3,300 ft) higher than Morelia, at an altitude of 3,300 m (10,000 ft). The lowest spot possible, oddly enough, is the same number of meters below our home, at 1,000 m (3,300 ft).

That highest spot is in the middle of Mexico’s Cerro de Garnica National Park. My first visit there, in June of 2014, was short and apparently just good enough to make me want to go back again, with a mere 12 species seen. My visit the next month produced 20 species; but many of them were great ones!

I went back to Cerro de Garnica last week, to see these birds that have since become dear friends. One, the Steller’s Jay, was already an old friend — from my California youth — when I saw it there in 2014. Like many birds, this sea-level bird in California is a very high-altitude bird down here. Also, Steller’s Jays in California have a solidly blackish head with a triangular crown of the kind worn by any number of other birds (Northern Cardinals, Blue Jays, etc.). Mexican Steller’s Jays rock a weird detachable-looking crown, and shocking white eyebrows. Mexican Steller’s Jays rock. You might even say they punk rock.

In our coastal California garden, the Chestnut-backed Chickadee was a regular visitor. No chickadees can be seen along the Mexican coast. Find a place high enough, however, and you can meet our very own chickadee, predictably named the Mexican Chickadee. They don’t particularly like to pose for the camera, but I did manage a photo from quite a distance of this one last week. (I was not so lucky with the spot’s abundant and adorable Red Warblers this time.)

Perhaps Cerro de Garnica’s most special species is a tiny mountain-loving wren called the Gray-breasted Wood-Wren. These wrens love to hide out in thick low brush, so I wasn’t surprised not to see it this time, although I did hear its rollicking call once. It’s just good to know they’re still out there.

The thistles have started blooming there, and I was hoping it might see some Blue-throated or Amethyst-throated Mountain-Gems. They did not make an appearance, but Michoacan’s other large hummingbird, the Rivoli’s Hummingbird, could be seen in good numbers.

Most guide books warn you that this hummer’s colors usually look dark to black unless the light catches them just right.

What they may not tell you is that my photos lose sharpness when I do get the right light.

Several years ago I brought home from Cerro de Garnica some cuttings of a Salvia with large fuzzy red flowers. They did root, and bloomed almost nonstop until they burnt out after a year. Do hummingbirds like them? Ask this White-eared Hummingbird, up to its face in Salvia:

I was sad that I dipped this time on Garnica’s winter migrant Golden-crowned Kinglets. So I had to settle for the site’s abundant Ruby-crowned Kinglets, which are are common year-round in higher spots of Michoacán.

I’ll finish with this Greater Pewee. Why? Because it is the proud owner of my very favorite oxymoronic name!