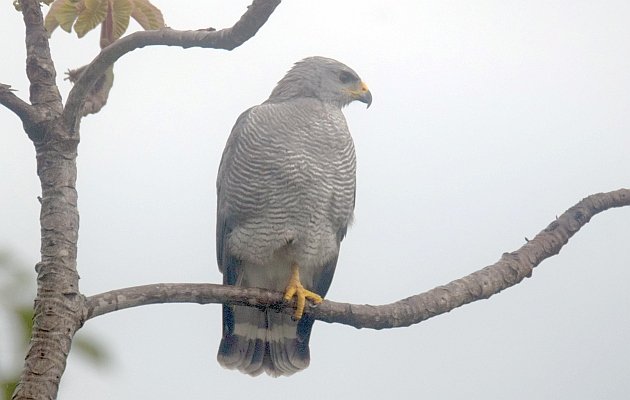 Every place has its hawk. At least it seems that way. A generalist raptor that can keep on living in a human dominated landscape. These are the neighborhood raptors that make do, even thrive, by preying on the wildlife of an urban landscape. Granted, the more urban, the less likely that a raptor can make it (except for maybe pigeon connoisseur Peregrine Falcons or garbage disposal Black Kites and vultures) but allow enough green space to persist and some raptor will usually find its place. In Costa Rica, the urban raptor can take more than one form but usually, the local avian top predator is a Gray Hawk. 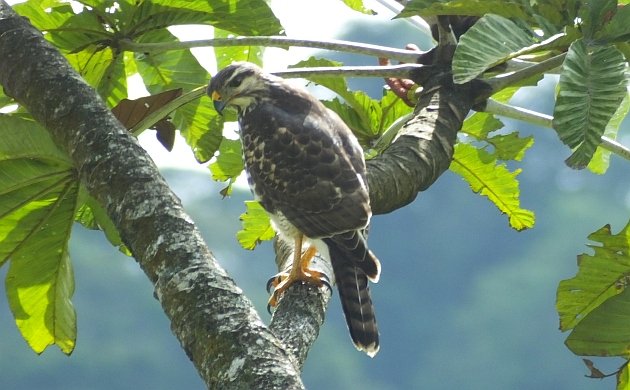 Yes, it’s the same species that so many North American birders have looked for around the San Pedro River (myself included) and like those Arizona birds, our urban Gray Hawks likewise use riparian zones. However, that tends to be more because such zones are where green space is allowed to persist, at least in urban areas. Head into the country and there are plenty of Gray Hawks perched or soaring or flying along the edge of forest and semi-open areas to prey on lizards, mice, or small birds and other unwary creatures. I have never seen them with a catch at my place but suppose that’s how the neighborhood Gray Hawks pass much of their time.

A pair and sometimes a juvenile start the day by calling from somewhere in the neighborhood. This can take the form of a classic raptor “scream”, but is more often a distinctive series of whistles that echo from a coffee farm down the street, from the tall trees way down at the end of the street, or even from the top of a tree just behind our place.

Once in a while, one of those Gray Hawks perches just out back and as with any such raptor situation, a birder can’t help but run for the camera. 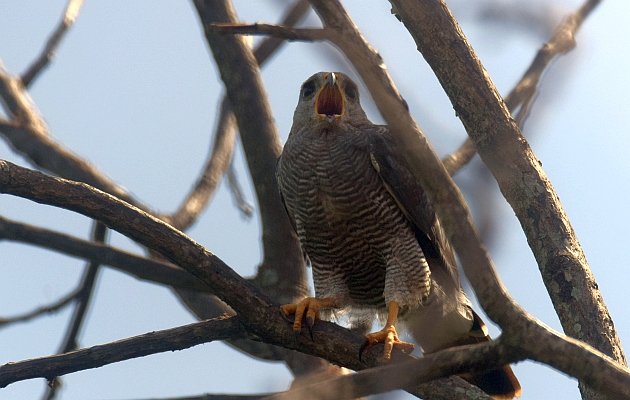 This individual perched in the bare branches on a sunny day. 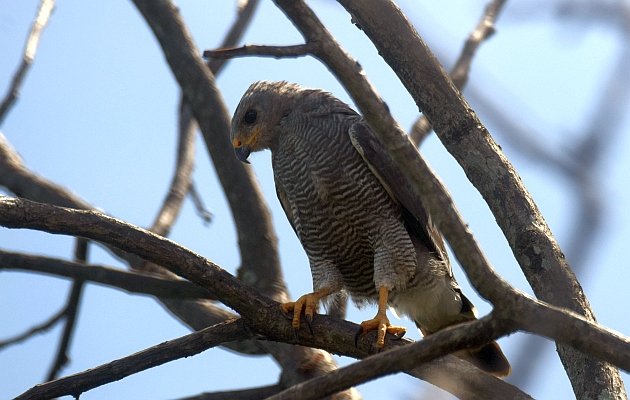 I wonder if I will get lucky enough to see it with prey?

Yesterday, the local Gray Hawk situation became even better when one perched in a Cecropia out back. This is the same Cecropia I often scan and hope for warblers or some migrant cuckoo. Hasn’t happened yet but sometimes I see resident Rufous-naped Wrens, Red-billed Pigeons, and a Squirrel Cuckoo or two. 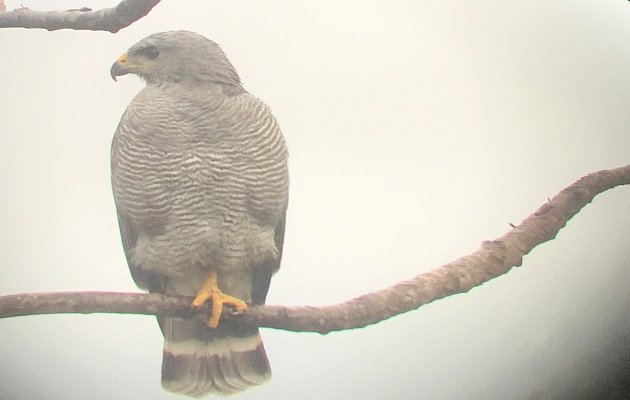 So far, the Gray Hawk was the best of the Cecropia sightings.

The bird was nice enough to stay for at least 30 minutes, drying off as best it could during intermittent stormy weather. 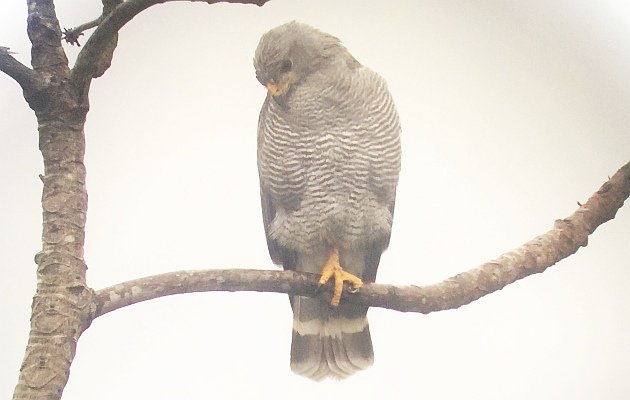 How far does it go during a day of foraging? I suspect it spends most of its time in our neighborhood. When the Broad-winged Hawks arrive, how do this individual and other local Gray Hawks deal with them? Although Broad-wingeds have never been referred to as Mexican Goshawks, it would seem that they still overlap in terms of prey items and habitat. Hopefully, the bird out back will help us answer such a question or two. At least it will always be a gift to watch it. 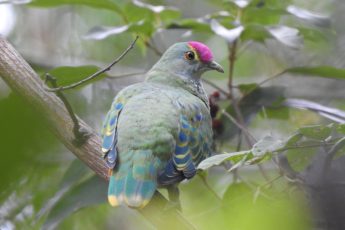