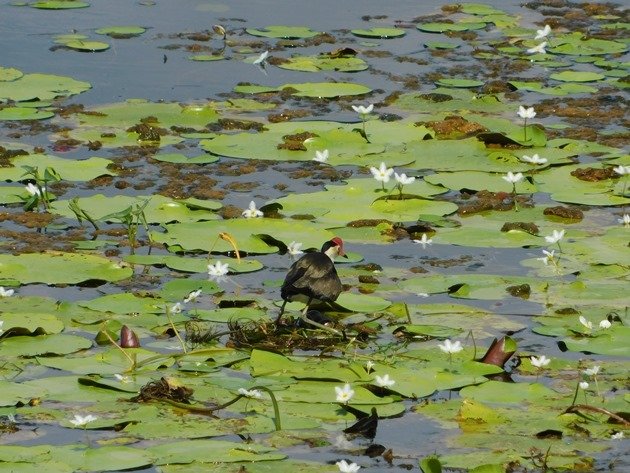 Our current travel restrictions in Western Australia allow us to roam around our own state. We are lucky that we live in such a huge state with so much to offer for the nature lover. The government has promoted tourism throughout the state with a call out to us all to “Wander out Yonder”. It does feel like everyone headed north to Broome, but beyond Broome the highway traffic eases off. Without a sea breeze it is too hot in winter for most people beyond Broome.

We took ourselves north as far as we could go last month. It is perfect camping and birding weather! It remains hot and sunny in the day and cooling off overnight to a pleasant 18c. One of the places that we visited was Kununurra and discovered that not only are the Pied Oystercatchers busy attempting to breed along Broome’s coastline, but so are the Comb-crested Jacanas. The Comb-crested Jacanas at Lily Creek Lagoon in the middle of Kununurra have nests and chicks at the moment. In the header photo and below you can see the adult is shading three eggs. The adults were being very territorial as they moved around on the lily-pads. 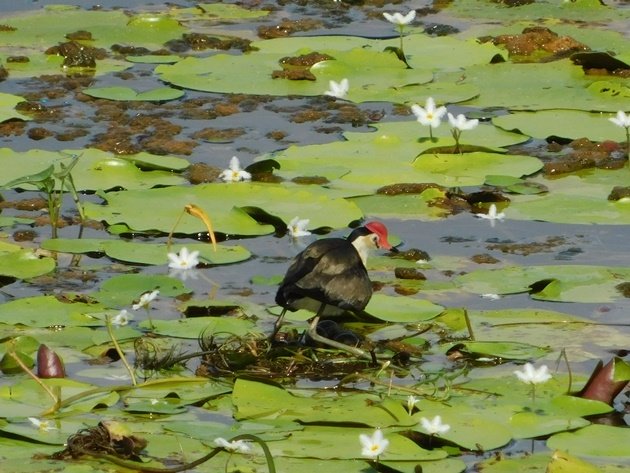 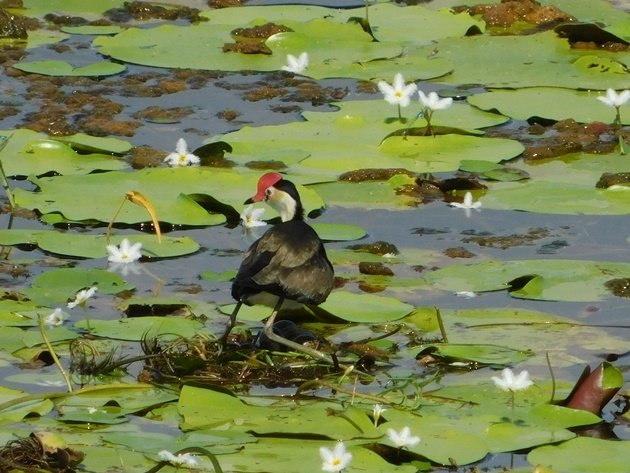 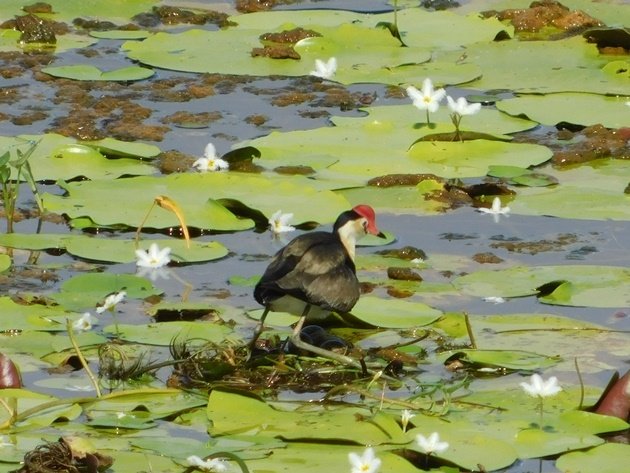 The nest appeared to be very simple. There were very good numbers of Comb-crested Jacana and as you walked around the edges of the lagoon they stood out well due to the red comb on their heads. One Comb-crested Jacana that I photographed near the boat launching jetty had a problem. It appeared that the nest had become damaged by the wake from a boat. There was an egg that had floated off and it was not clear if it could be saved. The egg is to the left of the adult bird just above one of the fringe lilies. 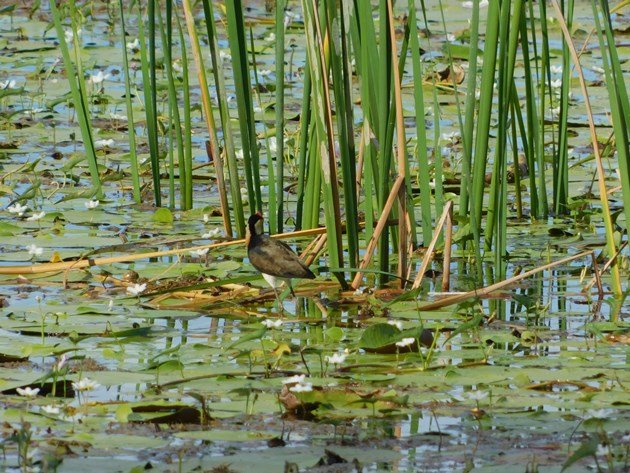 An egg that has floated out of the nest

Other Comb-crested Jacana had young already and they were already very agile and hopping from lily-pad to lily-pad. Without any identifying red comb they were not easily seen if they did not move. Now, we could see them in the field, but I realise you probably can’t! I have made a copy of each photo and circled each Comb-crested Jacana chick for you below. Now you can see them too! 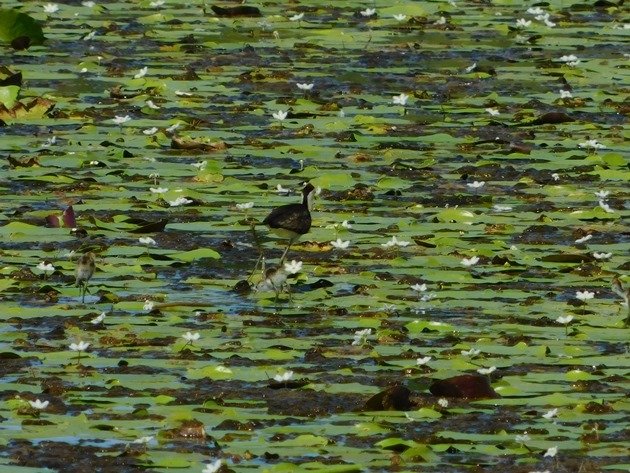 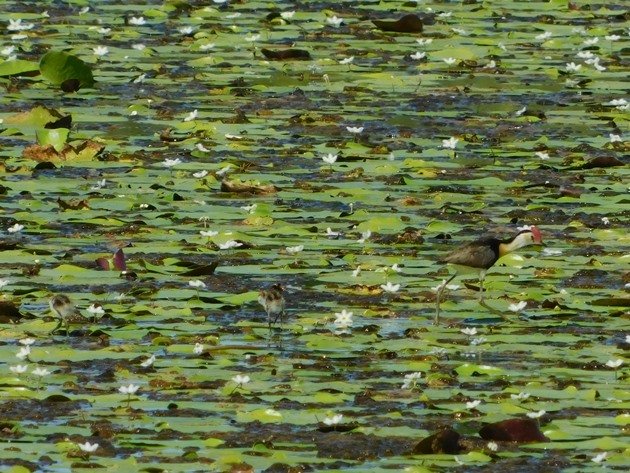 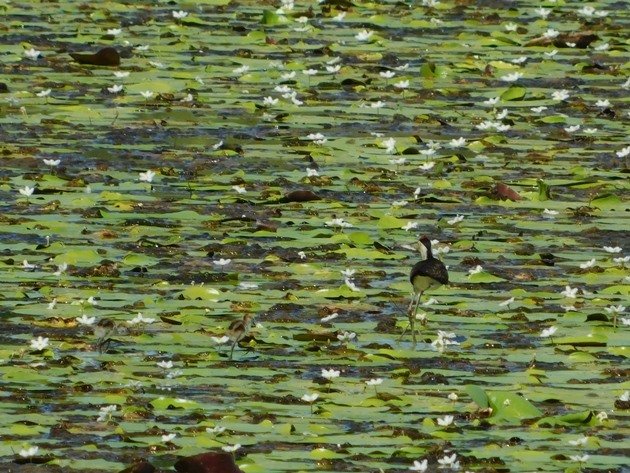 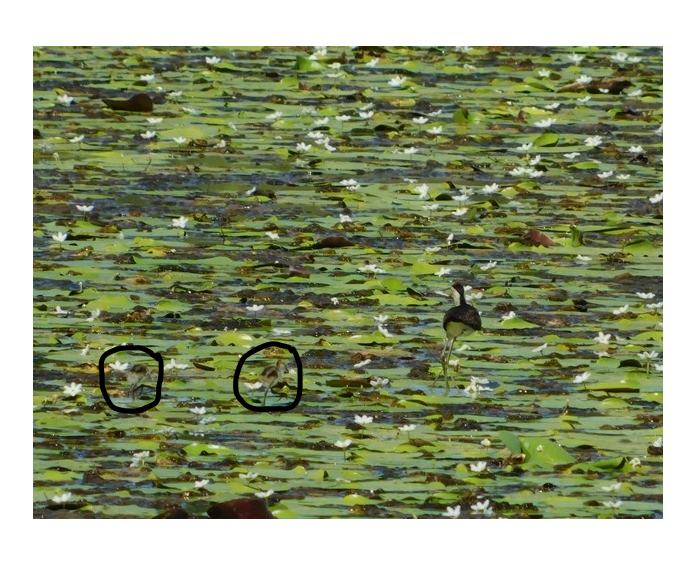 As you can see above the Comb-crested Jacana are well suited to their environment! We do sometimes observe Comb-crested Jacana at the ephemeral lakes near Broome, but not every year. It depends on our annual rainfall and we are patiently awaiting even a cloud in the sky! Spring has arrived, but it will be some months before we encounter rain again. 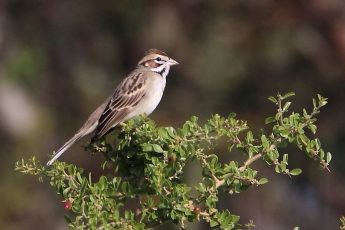 Where the Sparrows Are 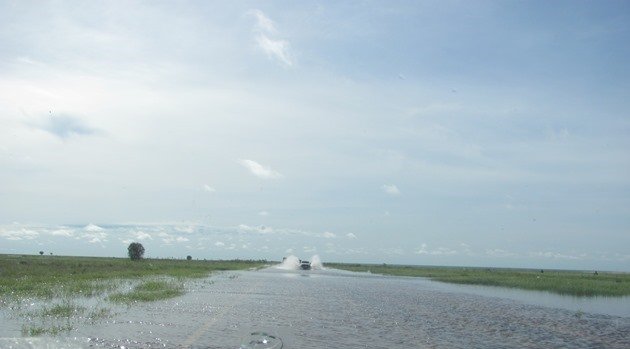 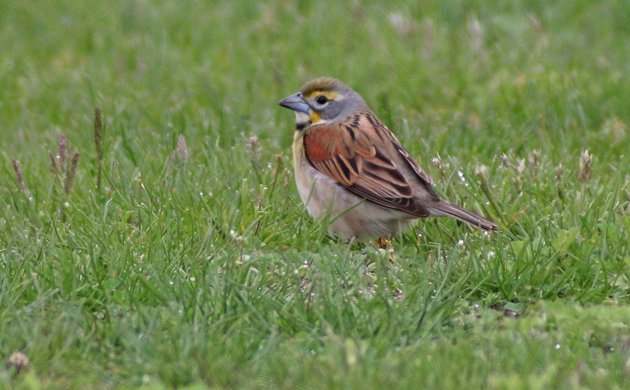