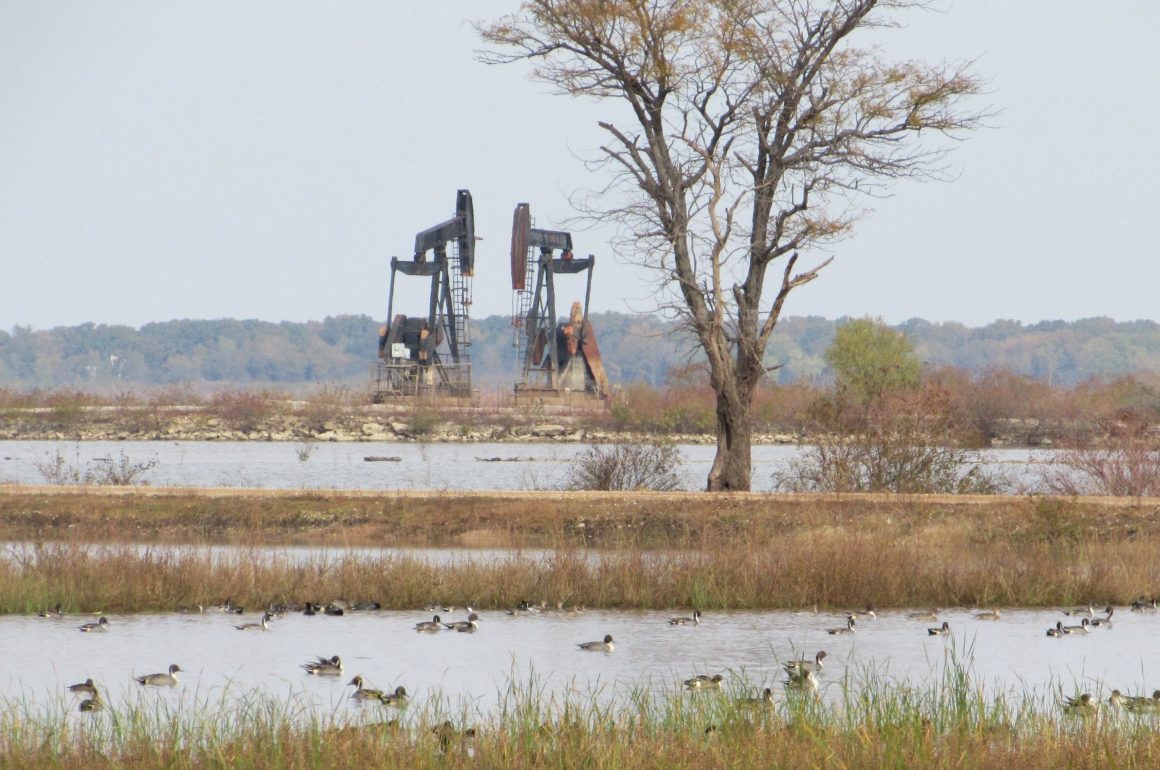 Last year, I compiled a subjective list of the Top 25 National Wildlife Refuges for Birding. Based on comments from other birders, I added ten “Honorable Mention” sites for a total of 35 locations.

Since then, I’ve had a long-term goal of visiting the ones I have never visited. (I have been to 22 of 35.) I recently traveled to Texas and made a trip to Hagerman NWR (an “Honorable Mention”), which is north of Dallas.

Hagerman NWR is an “overlay refuge” meaning that the U.S. Fish and Wildlife Service (FWS) manages the wildlife aspects of the unit while another federal agency (in this case the U.S. Army Corps of Engineers) continues to own and manage other aspects of the land.

The refuge consists of approximately 12,000 acres of Big Mineral arm of Lake Texoma, a large reservoir created by the Corps of Engineers in 1944.  Historical note: German prisoners of war from Rommel’s Afrika Korps were involved in construction of the dam that created the lake.

The refuge was established in 1946 and it is named after a small town that was submerged when Lake Texoma was created. The lake is a popular recreation area, receiving more than 6 million visitors a year.

According to eBird, 339 species have been observed at the “Hagerman NWR” hotspot, which ranks as No. 39 in the United States. The overall refuge, which includes all of its hotspots, has 344 species. 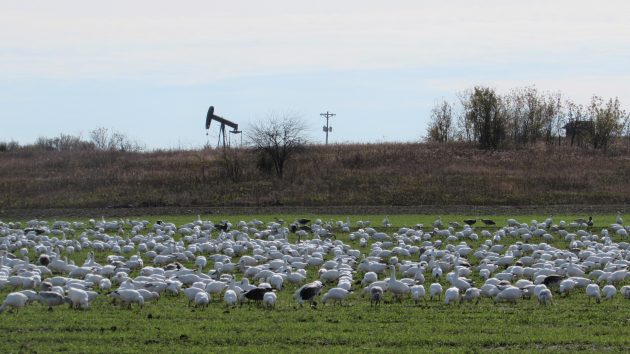 In many ways, Hagerman NWR is similar to other well-known birding refuges. There’s a visitor center (and a gift shop), an auto tour route, several trails, informational signage, and other facilities.

But in other ways, it is unique. In particular, most birding occurs within view of an oil well. In some instances, the birding is incongruously right next to oil rigs or pads.

The oil wells persist because of a historical anomaly. When the Corps of Engineers purchased the land that would later become Lake Texoma, it did not purchase the mineral rights under the land. Those rights were — and continue to be — owned by third parties. In 1951, oil was discovered and facilities were installed to allow for extraction and transport of the oil. Under federal and state law, mineral owners have legals right to access and extract their mineral rights. So the oil wells keep pumping away.

As always, a refuge’s Comprehensive Conservation Plan (CCP) is an excellent source of information about a particular refuge.  The Hagerman NWR CCP notes:

Ongoing oil and gas activities occur on the Refuge that affect the quality of wildlife habitat. Though most of the major oil companies are environmentally conscientious, seasonal disturbances to wildlife can occur with certain oil and gas operations. Potential impacts to nesting shorebirds and/or sensitive species, such as federally-listed least terns, may occur from people and equipment disturbances within lakeshore-oil pad sites. There is the potential for oil spills, gas leaks, and brine pipeline spills,all of which can seriously threaten wildlife and their habitats.

Thus, the refuge is constantly under imminent threat of oil spills. Indeed, there have been 14 spills in the last 5 years, all from pipes owned by a single company, Jetta Operating Company.

But when I visited, the birds didn’t seem to mind. Like many refuges, Hagerman NWR attracts huge numbers of waterfowl during migration and in winter. There were already many Snow Geese (along with some Ross’s Geese) as well as countless ducks, primarily Northern Pintail. (FWS has a bird checklist.) 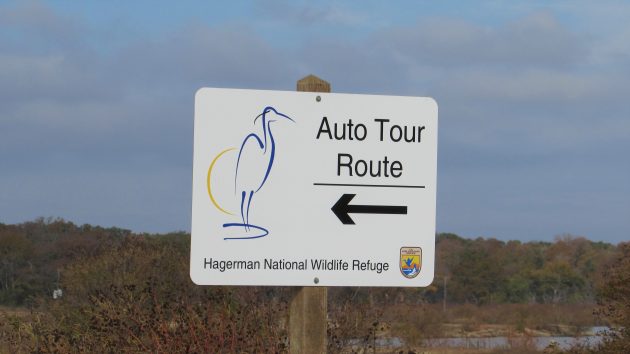 In the Fall, Franklin’s Gulls migrate through Texas and Oklahoma on their way south. There were hundreds in the fields, waiting out the driving rain, the first day I visited. The weather the next day was much better, as the photos indicate. (eBird checklists: 1, 2, 3, 4.) 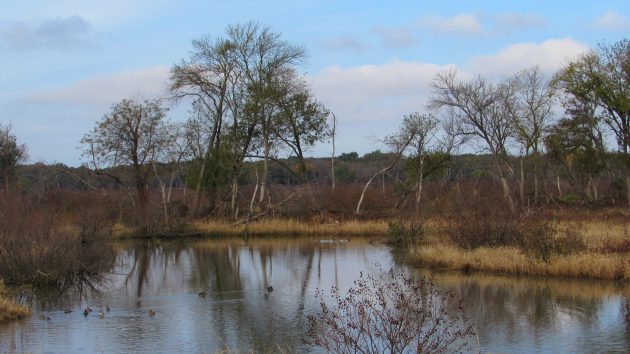 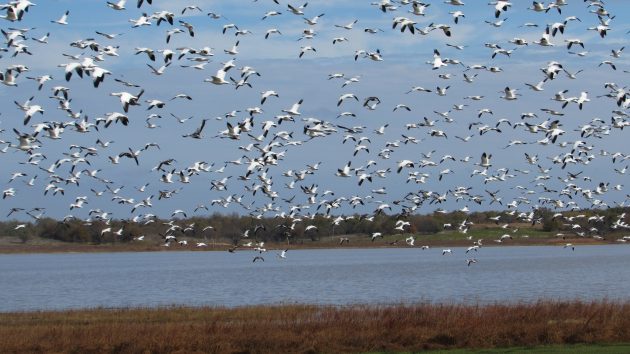 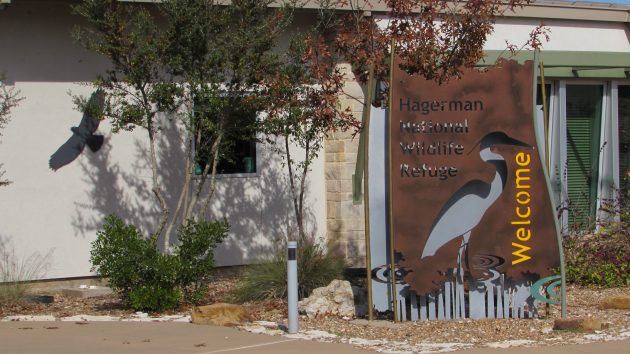 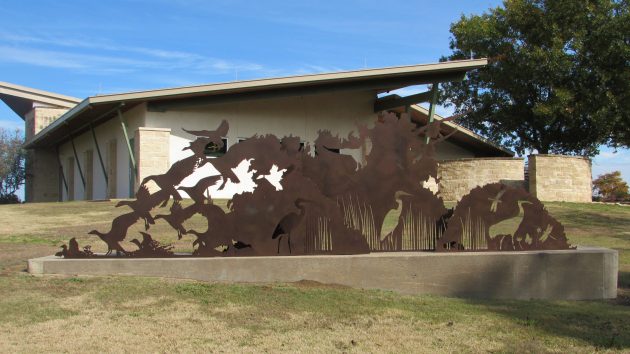 Bonus Birding:  My eBird Profile also showed that I had never entered a checklist in the state of Oklahoma. (Neither had anyone in the 10,000 Birds eBird profile.) So I headed up to Tishomingo NWR, the other national wildlife refuge on Lake Texoma. The weather was dreadful and there was a hunting event that made much of the refuge inaccessible for birding, but Okhlaoma no longer taunts me on my eBird profile page. (eBird checklists: 1, 2, 3.)

And this is the overall eBird Trip Report.

Where Are You Birding This Fourth Weekend of September 2011?