First: Dream about it

As a teenager in Yugoslavia, I used to buy National Geographic in secondhand bookshops. Fascinated with New York’s Jamaica Bay, I started dreaming about creating a similar wetland reserve on the Danube inside Belgrade, the area I explored by kayak. Before I had a clue what I was doing, I encompassed the Danube backwaters into the reserve borders that I draw on transparent paper pressed against a street map of the city.

I actually still have that initial map somewhere at my mother’s place, but it is easier to recreate it in Google Earth than to go through those forgotten boxes (that contain a way younger version of me – would I really want to face that younger me?). Here it goes:

Second: Get to know your birds

I used to bird almost exclusively by kayak and since I published a few papers on birds of that area, I made the stats on how much I paddled (published in the “Methodology” chapter).

Nowadays, when I paddle once or twice per year, reading those stats seems like a dream (yep, those dusty boxes contain such dreams): in a three year period I did 175 paddling transects, averaging 4.9 per month and 12,000 ft of riverbank length observed per transect (the actual paddle lengths were bigger). Weather had an influence on how much I paddled, so in January I observed 24 miles of riverbanks and in July 46 miles.

Inside the IBA borders I observed some 163 species – about 70 percent of the estimated number of expectable species. And, in that process, the initially drawn borders started to expand to include some new sites, such as the heronry at the nearby fish farm, a few more territories of White-tailed Eagles and the roost of up to 10 percent of the European population of Pygmy Cormorants, right inside the city.

As you all know, Important Bird and Biodiversity Areas (IBAs) are identified using internationally agreed criteria applied locally. More than 12,000 IBAs have been identified to date and they represent the largest global network of important sites for biodiversity (e.g., 719 global IBAs are recognised in the US alone).

On my section of the Danube several species reach their national thresholds, but the most important numbers are those of Pygmy Cormorants. Around the time of the IBA proposal process, I visited Cambridge and discussed the issue with the BirdLife’s Head of the IBA program, Ian Burfield.

I had my doubts about a particular area and the WT Eagle’s territory that was earmarked to become the new city harbour – should I include it or not? Burfield answered “yes, use scientific and not economic criteria”. I did include it, but it remained hard not to see the area in economic terms if it is inside the city with 2 million people. The proposal was accepted and the new Confluence of the Sava and the Danube Rivers IBA was recognised: Fourth: Try to protect as much of it

The tricky part of the IBA process is trying to protect it. It was clear to me that this particular one stands no chance to get protection over the whole of it, hence I am pushing for the protection of the most valuable areas within it. That is in line with the way I see this IBA – in my eyes, it consists of several wider floodplains, and the rest are ecological corridors which need to remain green, but not necessarily officially protected.

Protected areas and those officially proposed for protection:

Being inside the city whose officials do not recognise its green heart and its value, the area is under attack from developers on several fronts. The spot that was initially planned for the new harbour is now spared of large scale development plans, and another, with 4 pairs of WT Eagles marked for the construction!

At the same time that wider area that has the biggest density of WTE pairs per square kilometre in the country was already officially proposed for protection, but the voting for it in the city assembly was prevented at the last minute.

Without sufficient public debate… without any public debate, that is, these areas are marked for development:

And the headache is guaranteed. Yet, “eventually, all things merge into one, and a river runs through it.”

Cover photo: Black Storks photographed in the Confluence of the Sava and the Danube Rivers IBA, by Snezana Panjkovic 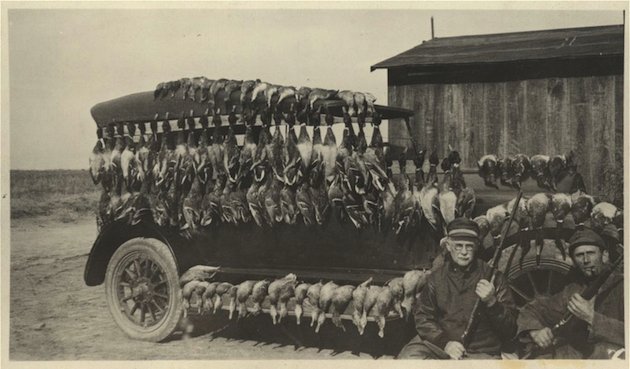 « Previous post
Where Are You Birding This Final Weekend of May 2016?
Next post »
A Big Day, Some Bad News, and a Brazilian Surprise