I and the Bird: What is a Falcon? 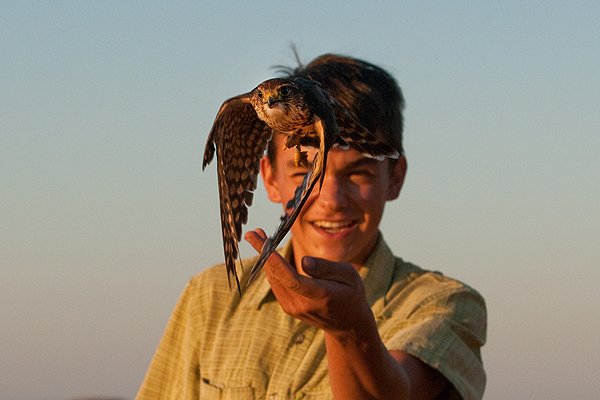 What is a falcon, really?  There was a time we thought we knew.  Based on their physical attributes and lifestyle, falcons enjoyed a very long run as a founding member of the order Falconiformes, along with the rest of the diurnal raptor-y type birds like vultures and eagles and hawks and hawk-eagles.  But the secrets that lie within their genes eventually became public, and it turns out that these arguably most impressive of the raptors (though even that term is less and less useful) are not, in any way, related to the rest of the apex predatory birds, and in fact lie much closer to the perching birds and not far at all from the parrots.  Birders in the 21st Century are no stranger to genetic re-evaluations of species relationships, but this one may well be considered the blot heard round the world.

Have we got a page for you.  Come check out the newest I and the Bird!

« Previous post
Are You Doing The Great Backyard Bird Count This Weekend?
Next post »
Valentine’s Day Posts for Lovebirds