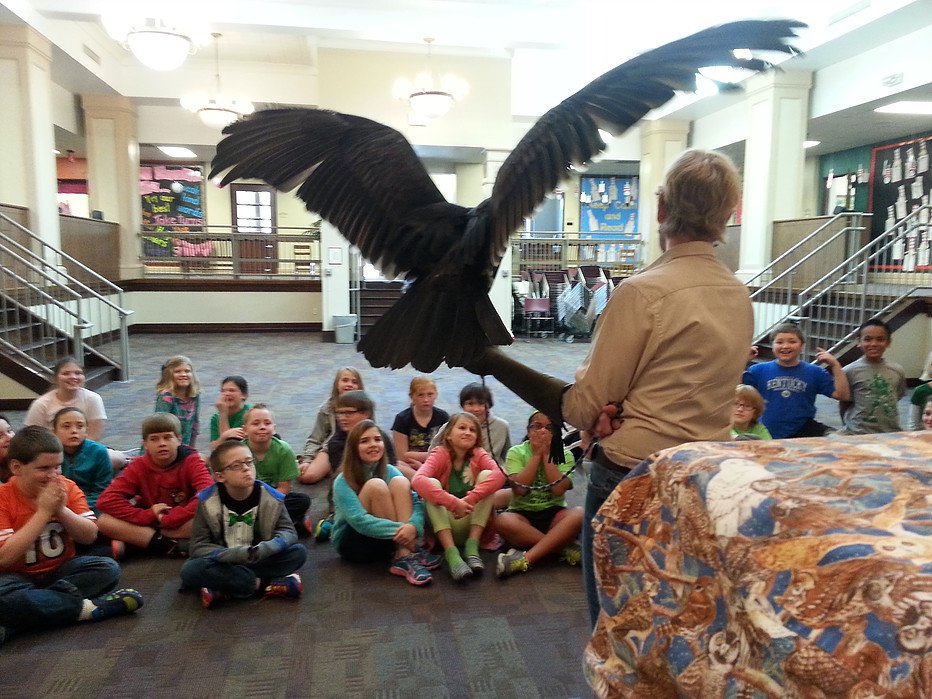 The voice on the other end of the phone was panicked. “There’s a huge bird chasin’ the kids around the trailer park! You better do something about it, or we’re gonna shoot it!”

It was happening again … Parker was back. 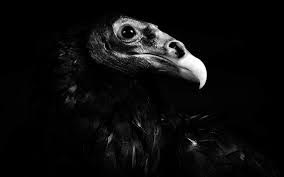 Parker was an adult Turkey Vulture who enjoyed playing with children. He paid particular attention to the ones in red shirts or jackets, and he also had a penchant for shoelaces.

Animal control authorities had been on his trail for weeks. By far, calls about the ‘big black bird” topped all the calls they received each day. As soon as they arrived at his location, usually a schoolyard or a playground, Parker would give them a glance and fly away. His modus operandi was essentially the same wherever he’d appear: first, he’d stand next the school entrance and wait while the school bus unloaded, then he’d make his way to the playground and play “tag” with the kids. After school and on weekends he’d attend soccer games and hang around playgrounds, preferring to spectate from the playground equipment.

Local animal control, the police, and our rehabilitation center were all called, but he proved uncatchable. The big black bird was the talk of the town, and appeared everywhere children convened. Death threats came rolling in from frightened parents, and the police were furious that animal control authorities couldn’t do their job. 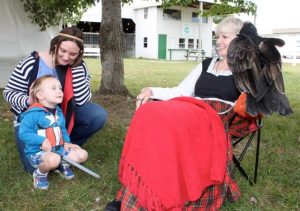 Animal control officers began taking it personally. During their off time they’d pursue him in their own cars wearing civilian clothes, with no success. One Monday we got a call from one of the officers: “Hey, we’ve got to up our game! We’re looking real bad here!” I told him I’d take the next call, and in about 15 minutes we had a frantic call from a local principal.

“We have a situation here!” he shrieked.

I assured him I knew what the situation was, and hurried out the door with a crate, gloves, and a large bag of frozen mice. It was recess at the school, and the kids were playing with the vulture. I sat on a step nearby, motioned the kids away, and tossed him a mouse. He took the bait hungrily. I continued to toss, and he cheerfully continued to snarf up mice as fast as I could throw them. Finally he was close enough, and I pounced and caught him. The jig was up!

We named him Parker because of his preference for Parkside Elementary School, and discovered he was emaciated. A vulture must cover a large area (50-60 mi. daily!) in order to find enough food to survive, and our vulture friend was spending all of his time untying shoelaces. He was slowly starving himself to death. Why was he attracted to children? We have no real way of knowing, but we surmise that he was raised illegally by a member of the public, and “imprinted.” 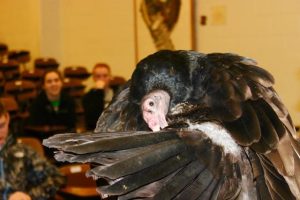 Birds are notorious for imprinting on whoever or whatever they encounter during early development. If people are its “parents” during this period, the bird sees people as its kind. Imprinting is permanent, so the bird will never socialize, find a mate, or exhibit other normal behaviors. Vultures are very intelligent, social birds. There are numerous stories of them playing with children’s toys and creating mischief: removing windshield wiper blades, ripping off shingles and weatherstripping, and tearing boat covers. Unlike most other birds, they have a prodigious sense of smell, which they use to locate their meals. They can eat and neutralize almost any biological pathogen, and diseases like cholera, anthrax, e. coli and botulism go no further. Guardians of human health, and a pretty awesome bird species as well … what a package!

Because he’ll always want to seek kids and shoelaces and risk danger to himself, Parker has a new life at our wildlife rehabilitation center, and his story puts a face on these amazing birds. People who meet him through our programs are fascinated, and many of the children in our town know him from his playground antics. He loves his job as an educator, and spends his time in front of audiences preening, spreading his wings, and hamming it up for his admiring fans. When he is “on” and he has an appreciative crowd he doesn’t want to return to his crate. We definitely found the right bird for the job!

All photos courtesy of Utopia Wildlife Rehabilitators: Parker at a local school; formal portrait; talking with a fan about food at a Scottish festival; and preening for the audience at a university lecture. Please check out UWR’s great website here. 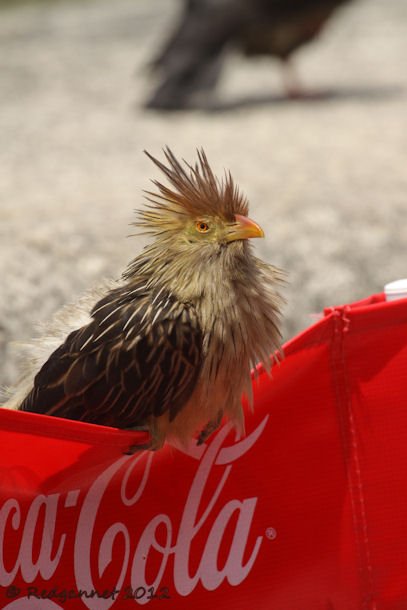