“Never eat anything bigger than your own head.” My dear demented mother’s advice often repeats on me after a large meal, but even the gluttonous Redgannet had to take his hat off to this Neotropic Cormorant after watching it trying to swallow a big Loricariid catfish on the main lake in Ibirapuera Park, Sao Paulo. 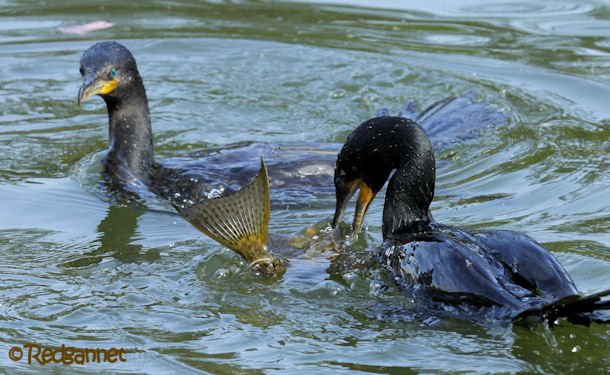 Aquarium enthusiasts might recognise the plecostomus characteristics. These stone-sucking fish can often grow large enough to be immune to cormorants, indeed I thought that this one could have been quietly confident that predators would probably overlook him in favour of a more digestible meal. 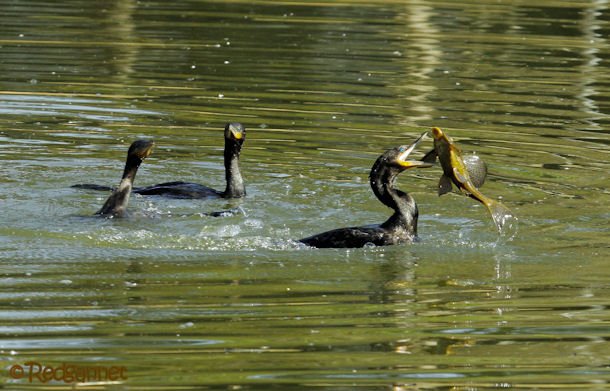 But it is difficult to be discrete when the task ahead is so great and unwanted attention was quickly attracted from two would-be muggers.

For someone who likes to take his meals unmolested, it appeared to be an intolerable intrusion, but table manners and consideration for delicate dining were put aside in a thrashing battle for the fish. 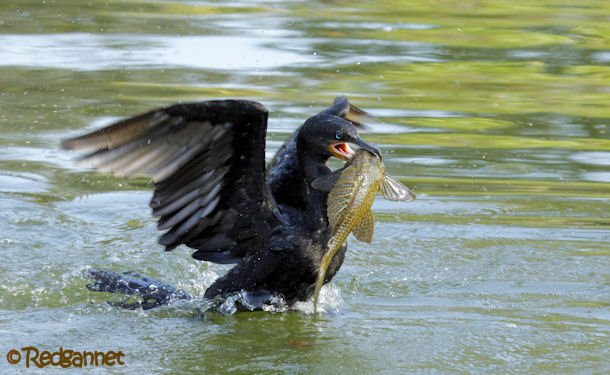 The original captor was certainly determined and even though the fish occasionally fought back too, he mangaed to maintain a good grip. 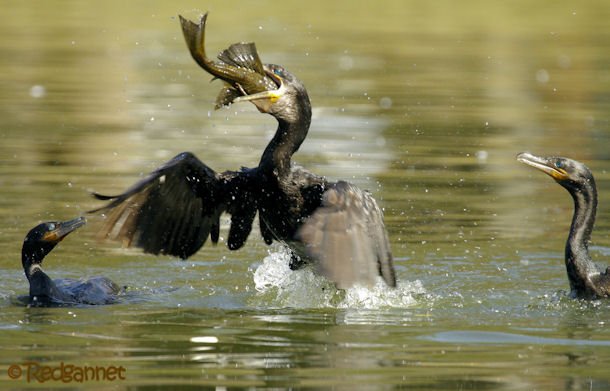 At least I think it was the original captor, much of the struggle took place beneath the water. 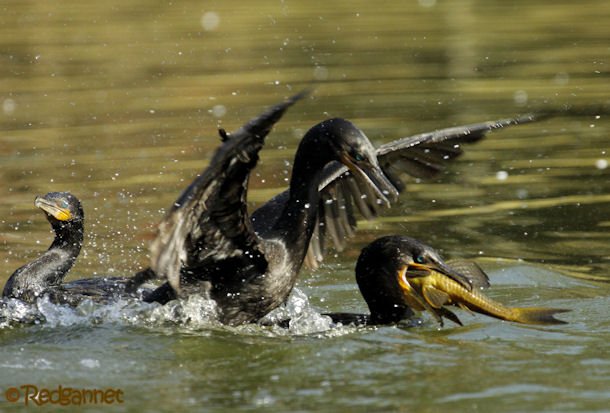 For over 15 minutes the first bird battled with its fish whilst trying to keep the others at wing’s length. On a couple of occasions it looked as if it might defy the expectations of the spectators and actually swallow the fish, but as the thieves saw their prize slipping away, they renewed the fight and the fish was suddenly back in play. 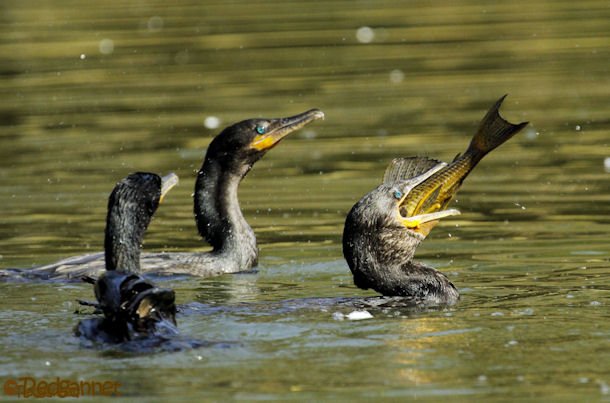 Then, to defy all likelihood, the bird flipped up the fish, shot its head and neck forward, taking the fish headfirst and forcing it down. There appeared to be a point of no return when the other birds gave up as they realised that this time, the fish was gone. 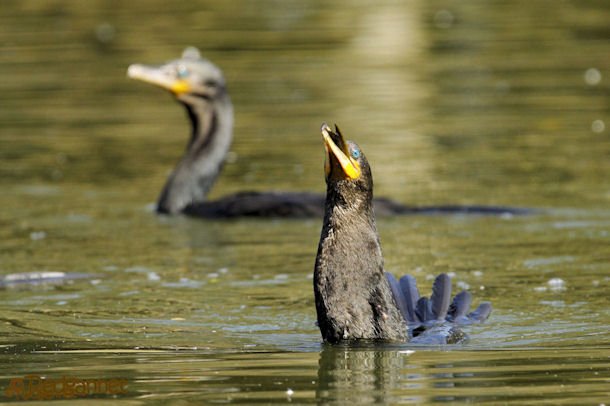 At times like this, the advantages of digital photography make themselves abundantly clear. A set of over three hundred pictures would not have been possible with reel film, but with 16GB of storage card and a fresh battery, it was easy to just keep firing until the bird shuffled heavily up onto the bank to digest. 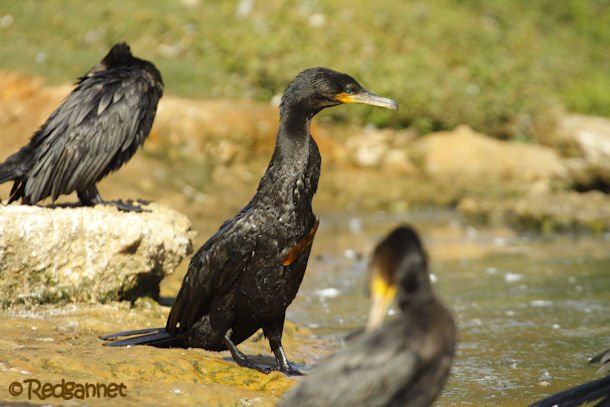