October 4, 2019 by Tristan Lowery No Comments

Some days just turn out really well. On one gray, drizzly morning this week, I set out to bird my local patch in Albany, New York, and found 56 species in a few hours of aimless, unhurried traipsing. I returned home thinking it had been a rather enjoyable morning of fall birding and – after lunch, gave some thought as to how I might salvage the rest of the day after losing the entire morning to mud, brambles, tangled brush, and waves of migrating fall songbirds.

But before I could turn my thoughts to more productive endeavors, the call went out that a Hudsonian Godwit (Limosa haemastica) had been found at the confluence of the Mohawk and Hudson Rivers, only about ten miles north of my home as the shorebird flies. This was the first Albany County report since 1979 and as I hadn’t even been born when that happened, I raced up there right way. There were already two scopes trained on it when I arrived – a good thing as the godwit was hunkered down on a hopelessly distant rock near the far side of the river and I never would’ve found it on my own. Amusingly, I noticed this Hudsonian Godwit was sitting in the “wrong” river and thus qualified more as a “Mohawkian Godwit”. 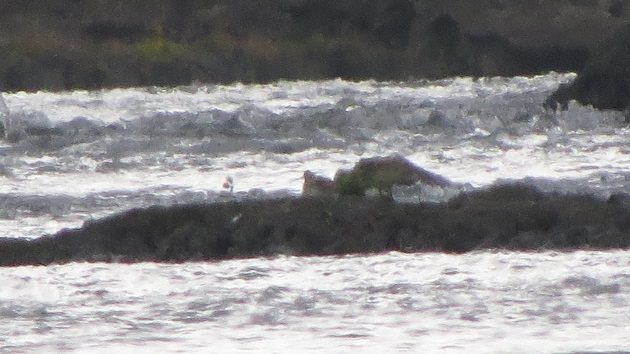 This is a god-awful photo. I told you this Hudsonian was distant.

On my more leisurely journey home, I stopped at a good local beer shop to pick up a celebratory take-home pint of something nice. I immediately noticed the shop was selling Safe Flight IPA by Kings County Brewers Collective, a beer I desperately wanted to review for Birds and Booze last year but couldn’t find for sale anywhere in Albany. By now I was convinced the only way this day could possibly get any better was by adding beer to it, so I picked up a pack and cracked open a can soon after I got back home.

This is the third fall migration for which Kings County Brewers Collective has brewed Safe Flight IPA to benefit New York City Audubon’s Project Safe Flight. Project Safe Flight is devoted to helping birds fly safely and soundly over and around the countless dangers they encounter each spring and fall migrating through the Big Apple – namely, architectural obstacles of glass and steel and the bewilderment caused by our artificially illuminated urban environments. Kings County Brewers Collective – a real up-and-coming brewery in New York City the last few years – donates a portion of all sales of Safe Flight IPA to the New York City Audubon project. By all accounts, when he’s not making beer, Kings County Brewers Collective brewmaster Pete Lengyel is a dedicated birder and started an informal beer-drinking birding group dubbed the Beerders.

It’s a great beer for a great cause – and what’s more, it comes adorned with some colorful North American migrants painted on the big sixteen-ounce can, with original artwork by Patty Woo. There’s a Ruby-throated Hummingbird (Archilochus colubris), a Golden-crowned Kinglet (Regulus satrapa), a Blackburnian Warbler (Setophaga fusca), a White-throated Sparrow (Zonotrichia albicollis), and a Northern Parula (Setophaga americana) – all species that regularly migrate through New York City. And coincidentally, I saw all but the hummingbird in Albany the very same day I found the pack of Safe Flight IPA (a Hudsonian Godwit on the label would have been a little too spookily serendipitous, I think). 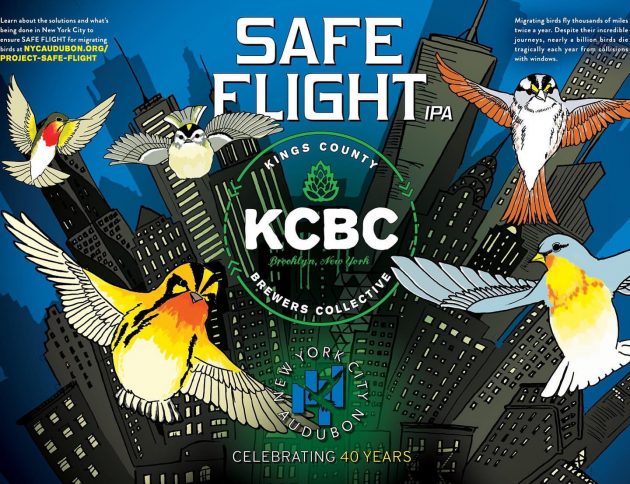 Safe Flight is a hazy New England-style IPA, brewed to 6.2% alcohol by volume and seasoned by heaping doses of Mosaic and Simcoe hops. It’s a cloudy beer that exudes a lovely, burnished amber glow despite its opacity. There’s a lot going on in the wonderfully complex and appetizing bouquet – it’s by turns fruity, floral, and grassy – but spruce, mango, and peach leap out to the front of the pack (or is that flock?) of aromas. A characteristically soft and fluffy New England-style mouthfeel envelops a wash of tropical flavors led by passionfruit and pineapple. It’s easy to get lost in all the ripe, fruit flavors but behind it all, there’s an ample suggestion of sweet, wheaty malt and a snappy, resiny grapefruit finish that round out Safe Flight IPA perfectly. 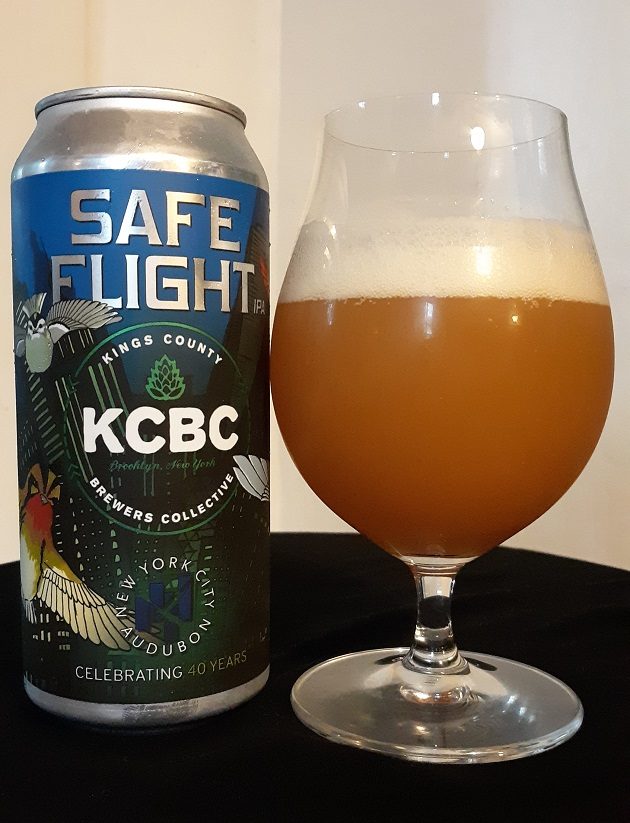 It’s always nice to enjoy a great drink with any connection to birds but this is the sort of beer we especially like to endorse at Birds and Booze. Safe Flight IPA is only available seasonally each year, so pick up a pack if you see it in the next few weeks.

Five out of five feathers (Outstanding). 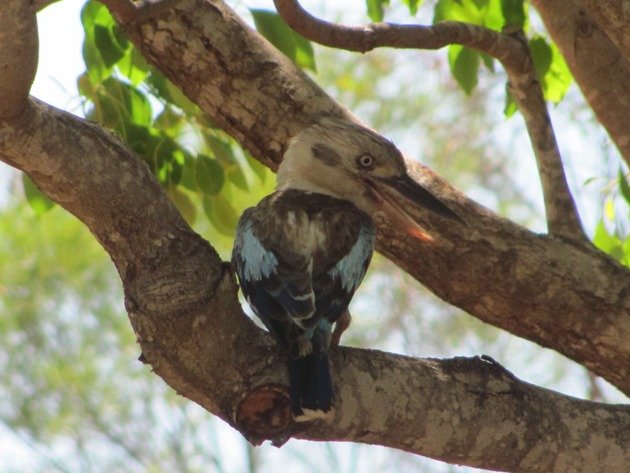