Lake Champlain, the large freshwater lake on the border of New York and Vermont, has seen its population of Double-crested Cormorants grow explosively since the 1990s.  The most recent data, however, seems to indicate that the population, after years of culling and egg-oiling, might finally be leveling off, with a slight decline in the number of nests in the cormorants’ main nesting colony.  Even better news for the cormorants’ most implacable foe, area fishermen, is that the cormorants seem to have shifted from a diet of mostly native Yellow Perch to mostly Alewives, which only recently invaded Lake Champlain.  Perhaps we all can just get along? 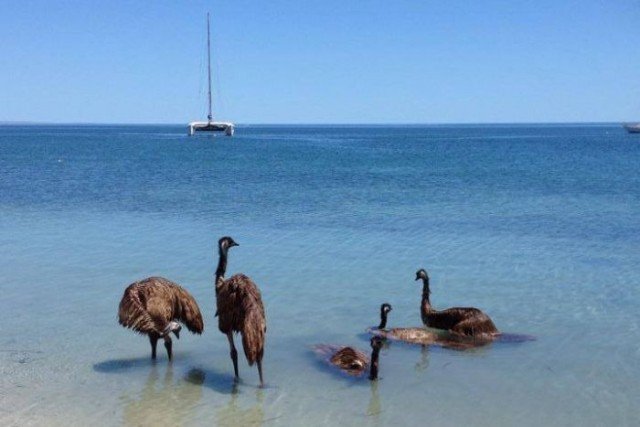 Emus Can't Stand the Heat, Get Into the Water

Free Parking is NOT Free