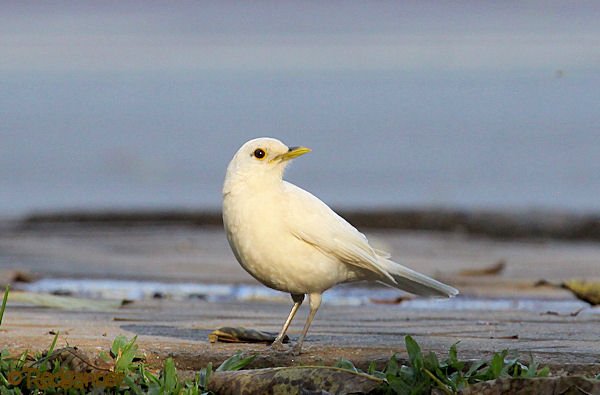 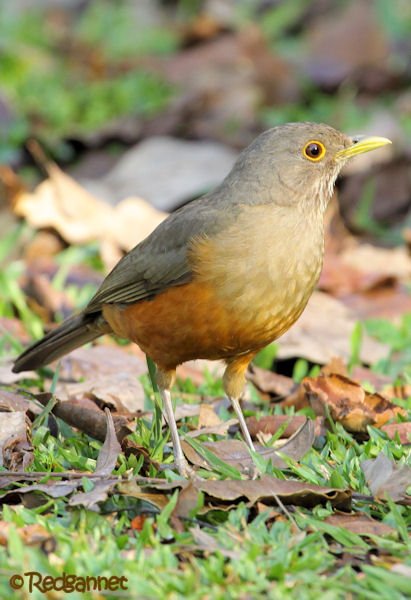 Being so ubiquitous has its drawbacks. Many birders take pains to become familiar with the thrushes’ flight pattern, silhouette and varied song just so that they can dismiss it when looking for something more exciting. Being common does not make a bird cool. But wait… what’s this? 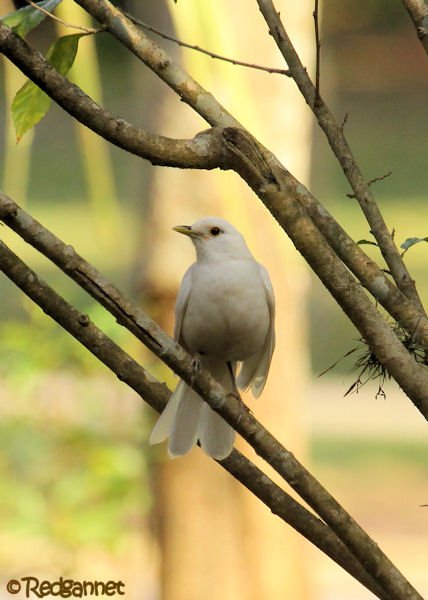 In a city park in Sao Paulo, Brazil, I came across a leucistic version of the thrush and fell back in love with the species as if seeing it again for the first time.

At this point, I should mention that I am making a judgement call on this and am not stating categorically that this is a leucistic Rufous-bellied Thrush, just that I presume it to be so. It was consorting with a loose group of other Rufous-bellied Thrushes, feeding with them, roosting with them and responding to alarm calls with them. On balance, I am confident that it thinks it is a Rufous-bellied Thrush (note also the dark marking on the basal half of the upper mandible. Compare with the more conventional individual above). 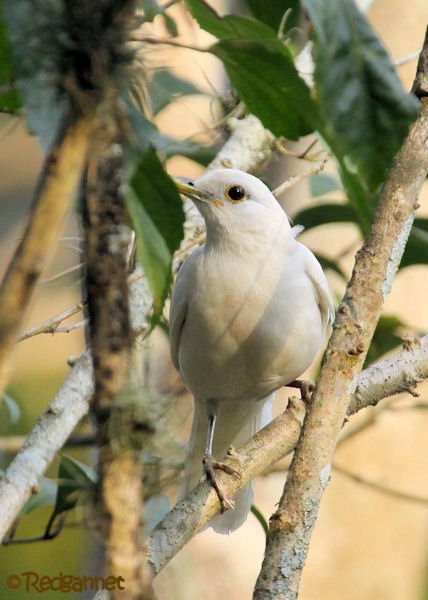 I use leucistic instead of albino as there is pigment in the eye-ring and the eye. Leucism affects only the feathers and some of the carotenoid colours (yellow, orange and red) may be unaffected. Albinism affects skin and eyes as well as the feathers and so causes a completely white appearance. The pink eyes of an albino individual is caused by light reflecting off the blood vessels in the back of the eye and returning through the colourless iris.

The white plumage stands out, especially when compared to the dull colouration of its fellows. Perhaps as a consequence, this individual appeared to be slightly more wary when coming down to the ground to feed. It spent more time perched in cover than its flock-mates, but showed a bold spirit when it came to getting a drink from the water fountain. 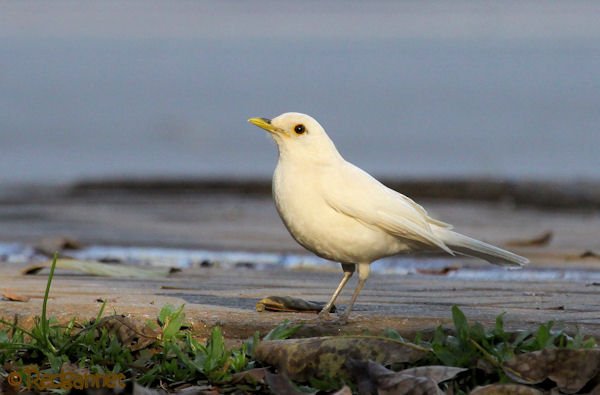 For much of the time it remained in the shade, but for a couple of brief moments it came out into the sunshine to bring a true brightness to my day. 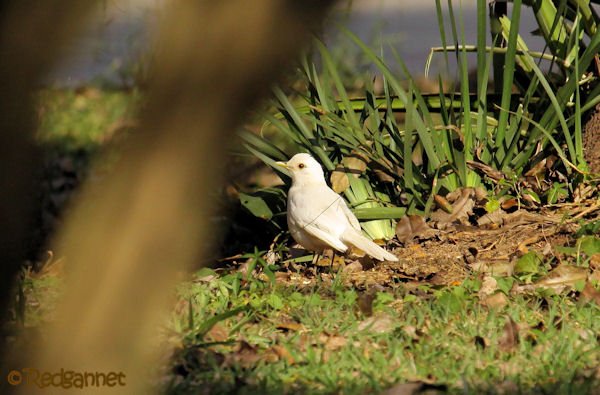 The bird has been noted by other visitors to the park. At one point, a local approached the bushes in which the thrush was perched. He had a friend in tow and searched through the branches until he found the bird, then called his friend over and made a video from a distance of less than 3 meters. He obviously knew that the bird was there and that it was not just a white dove. 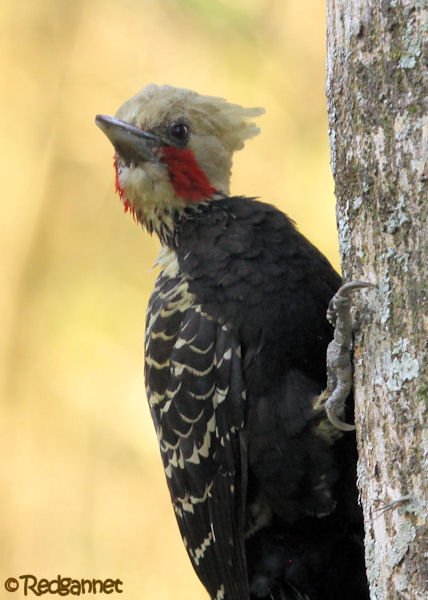 I returned the next morning hoping to see the bird again. As the local park visitor had done the previous evening, I started my search where I had last seen it. I sat on a nearby bench and decided to give it half an hour to show itself. It did so within 10 minutes, but the advantage of sitting and waiting is that it sometimes brings more than just the target species. 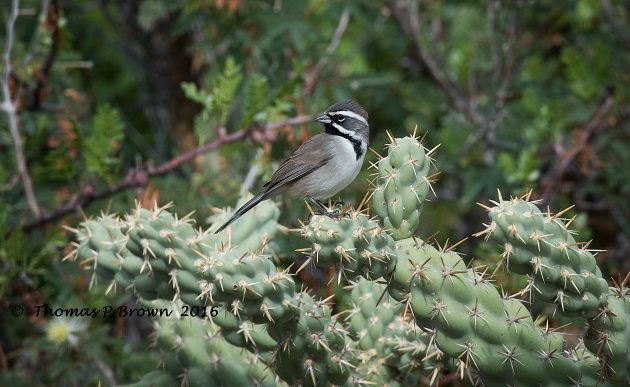