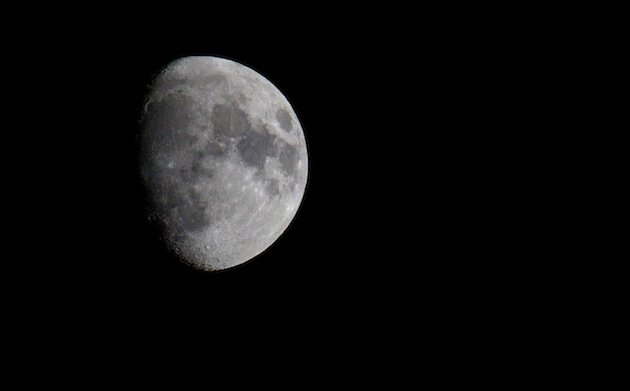 I’ll be honest with you. I’ve got nothing for you bird wise this month.  I could give you yet another ode to Ravens (which I love dearly), or tell you about how I’m eagerly awaiting the arrival of Snow Buntings some time in the next month, but quite frankly I’m tired of trying to rework those themes. And I know all you’ve gotten from me lately is mammals, but I’ve been more tuned to the skies and surely you’re tired of bunny goodness this close to Easter (but trust me had I made it out to the herd of them estimated between 300 and 400 you’d have seen Arctic Hare).

Luckily I know that the readers of 10,000 Birds brim with curiousity of the natural world. Just as luckily I have understanding overlords here on the blog who do as well. So lets turn our attention to the sky after dark.    Ladies and Gentlemen, I give you Comet Pan-Starrs. Technically it is Comet C/2011 L4 (Pan-Starrs) but we can call it Pan-Starrs, after the observatory that discovered it. This year has, and will be, a good year for comets.   Comet Lemmon already graced the Southern Hemisphere, glowing green and for awhile appearing at the same time as Pan-Starrs. And Comet Ison will show up late in the year, and possibly give us the best show yet. Around the 7th of March Pan-Starrs became visible in the northern Hemisphere, and finally on the day of the Vernal Equinox, all of the stars aligned (so to speak) and I got some great views of it. Now, it hasn’t been without its challenges. Early after it arrived in the northern skies, the comet was close to the sun, meaning that it was best viewed just after sunset. But at this latitude the Sun approaches the horizon at a shallow angle. That means it stays light for a long while after sunset. Too light for a good view, taking random photos after sunset allowed me to find it, but it was barely visible. As the comet moved away from the Sun and higher into the sky, the clouds here moved in.  Finally on the 20th everything fell into place.

At this latitude the comet doesn’t set anymore (since the equinox) but circles the sky.  The challenge now is light. The comet is moving quickly away from the Sun (more on that later) getting fainter and the moon is waxing. Additionally our skies are quickly brightening.  At our latitude the Sun stays above the horizon about 20 minutes longer every day, and the twilight grows even faster. In April we will have 24 hour light.

Comet Lemmon, with its long green tail and green coma, is a long period comet.  Meaning it continues to orbit the Sun, taking a long elliptical trip around the Solar System. So long that it’ll never come back in our life time, but it will stay in the Solar System returning to close to the sun until it stripped enough of its material or breaks up. Pan-Starrs and Ison however are non-period comets.  We are witnessing its one great show.  These chunks of ice and rock have fallen out of the Oort Cloud for some reason, hurtling towards the Sun. As they pass close by gravity flings them away. So far away that they’ll leave our Solar System never to return.

You can still see Pan-Starrs. The challenge for many of you will be to find dark skies. Increasingly light pollution is making that difficult. Pan-Starrs is getting dimmer as it moves away, but if you look west after sunset, noting where the sun set and back tracking its path will give you a general idea of where to look.  Search the sky with binoculars (I find it is visible with the naked eye, but barely and only after I’ve found it with binos) and look for the fuzzy star with a tail. It’ll be great practice for Ison.

And 2014 will bring another comet (C/2013 A1 Sliding Spring), that might actually slam into Mars in October of that year.  How cool is that?