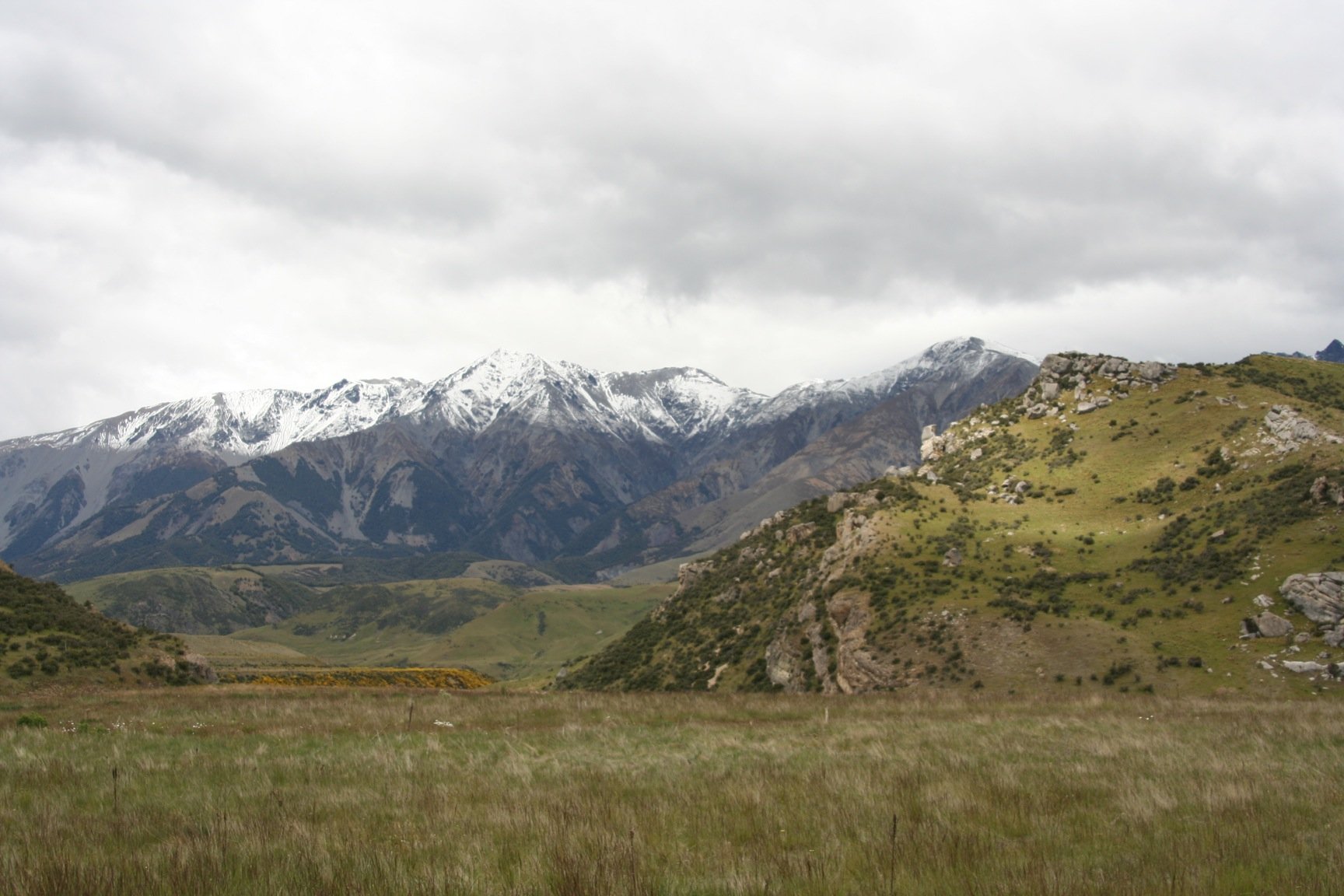 I’m off to South Island this weekend for a visit to my favourite destination, Kaikoura! To celebrate, here are some shots of something not remotely albatross related, Arthur’s Pass. Keen readers of the blog will remember that Arthur’s Pass is where I saw numerous tricksy Kea late last year, but the area has more than just Kea. It is one of the more beautiful areas of New Zealand, hardly an area that lacks beautiful spots. Arthur’s Pass is close to Christchurch, the pass links the Canterbury Plain to the West Coast of South Island. The little village there is popular as a stopover on the trip over, and dedicated hikers will often stay a few days, as well as make use of the many huts in the park. Southern Beech near the village. A flowing river through the village. These rivers can hold Blue Ducks.

I’ve already written about the Kea, but they aren’t the only birds in Arthur’s Pass. Common forest birds that we saw included the diminutive and adorable Rifleman, a member of the New Zealand wren family, an ancient line of passerine birds that fall between the oscines and suboscines. The other surviving species in this family is also found around here, the Rock Wren (no relation), although this is not the easiest place to see them. Other forest birds include the Brown Creeper (no relation), the, Tomtit, Bellbirds and, oddly, Lesser Redpolls. Or perhaps Common Redpolls. Untangling which species/subspecies was brought to New Zealand is a tricky thing as the respective taxonomies of the UK and NZ don’t match up. But redpolls are more common here than anywhere else I have been in New Zealand. Birders with more time, determination and luck can find much rarer birds as well. The Yellowhead, an endangered relative of the aforementioned Brown Creeper, has a small relic population in one of the valleys. The same valley has most of the world’s population of the critically endangered Orange-fronted Parakeet, you’ll need a good look to distinguish it from the related Yellow-fronted Parakeet. A night-time walk could get you the call, and perhaps if the gods are with you a sighting, of the Greater Spotted Kiwi. There are definately good reasons for birders to visit here. Further down from the village are a great example of New Zealand braided rivers, home to a number of interesting New Zealand endemic species. These habitats serve as the breeding grounds for a number of unique species including the South Island Pied Oystercatcher, the Black-fronted Tern (both of which I saw) the Wrybill and the Black-billed Gull (which I did not). Further down the road at Lake Pearson I added the Great Crested Grebe, or Australasian Crested Grebe., to my New Zealand list. This species has an odd distribution, occurring in the north of Eurasia as well as Australia. It isn’t a common species here in New Zealand, but it sure is attractive. Lupins. The valleys are covered in this introduced species. Like most of New Zealand this rock, which I think is called Castle Rock (most rocks in New Zealand are), was in the Lord of the Rings.

« Previous post
Look, up in the sky, it’s…
Next post »
Ted Williams Back at National Audubon Society!