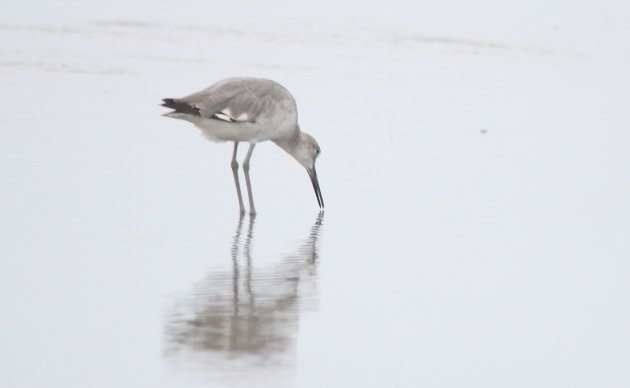 Last week, I had only just returned from a day on the Michoacán coast when my posting schedule required I write my report of the trip. I was still processing my photos, and the photos that had impressed me most featured shorebirds standing in front of the large waves produced by a tropical storm that was forming. 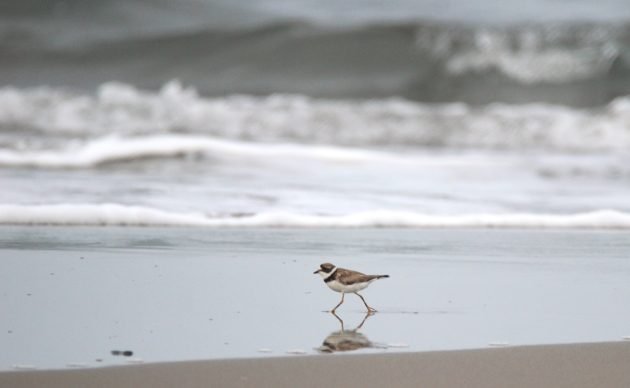 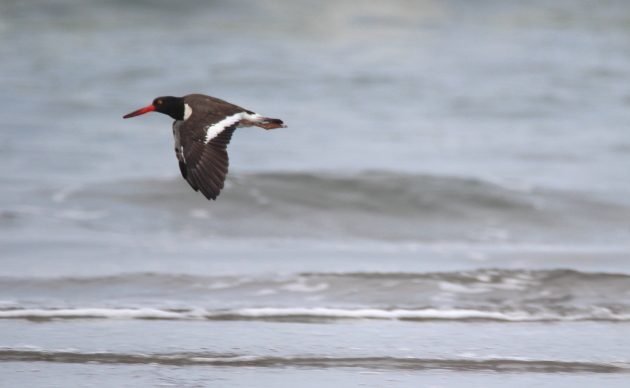 It wasn’t until after I posted that first article that I started to appreciate a set of photos with a more subtle setting. It turns out that the hazy light had produced a mirror-like surface on the beach’s wet sand, and in many of my photos, the birds seemed to be floating in a void. Only their reflections give any sense of the beach beneath them. 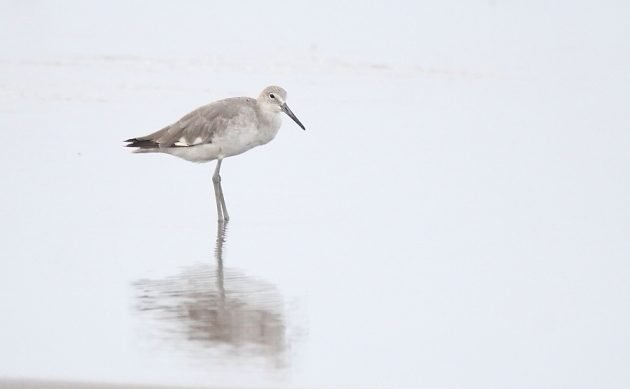 One of the ironies of birding in North America is that the easiest way to see many species that breed on the shores of the Arctic Ocean is to go to tropical coastlands. Whimbrels, Sanderlings, and Semipalmated Plovers are all species that breed in the extreme north, but there they were in the suffocating heat of Lázaro Cárdenas. (Don’t let the gray tones of my photos fool you; it was HOT!) 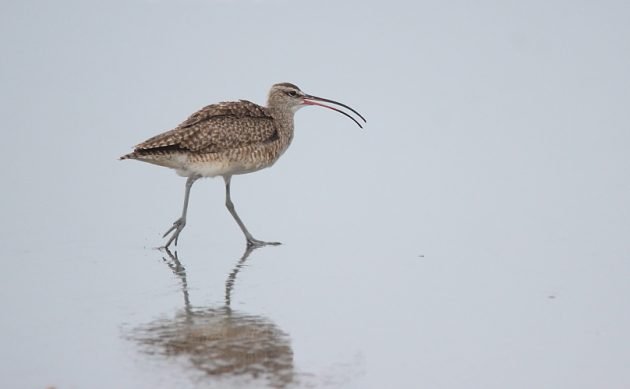 Marbled Godwits, like the Willets shown above, breed on the northern Great Plains. Still, on the coast of Mexico you can easily see them mingling with the Arctic species that winter there. 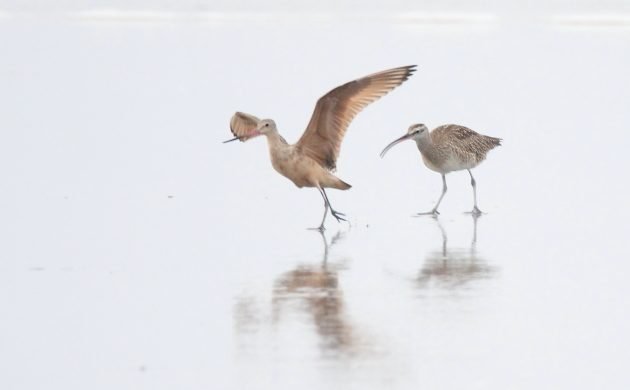 Having once seen Hudsonian Godwits on Lake Cuitzeo, in the central Mexican highlands, I am fond of all things Godwit. I have seen a few Marbled Godwits there as well, but not in the numbers present on these beaches. 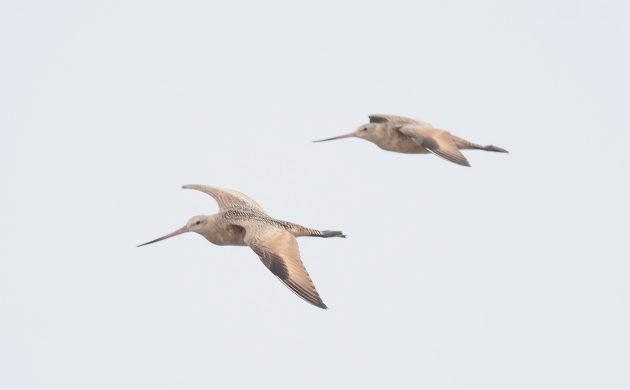 Of course, not all the birds on Mexican coastlands are migratory. Most, like the Anhinga, are residents. I’ll leave you with a few of the photos I got to take of an Anhinga maneuvering his prey into his narrow throat: 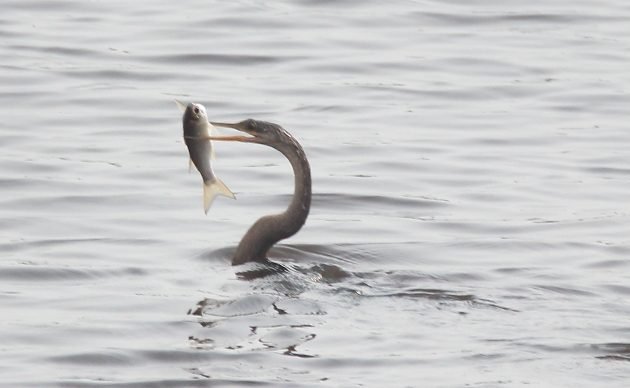 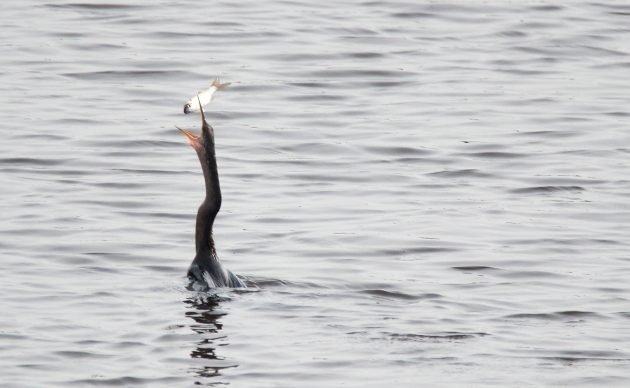 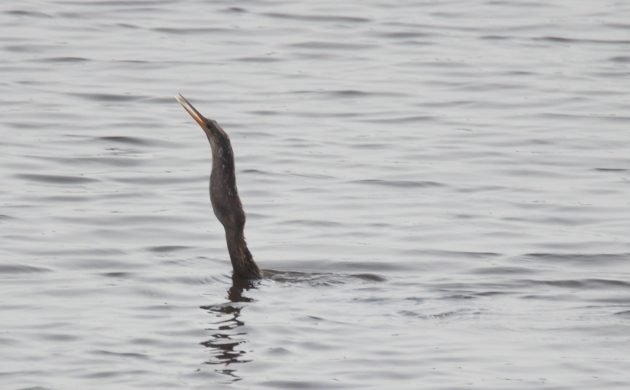 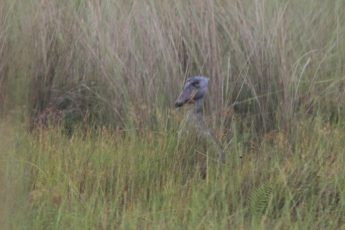 Best Bird of the Weekend (Fourth of November 2019)