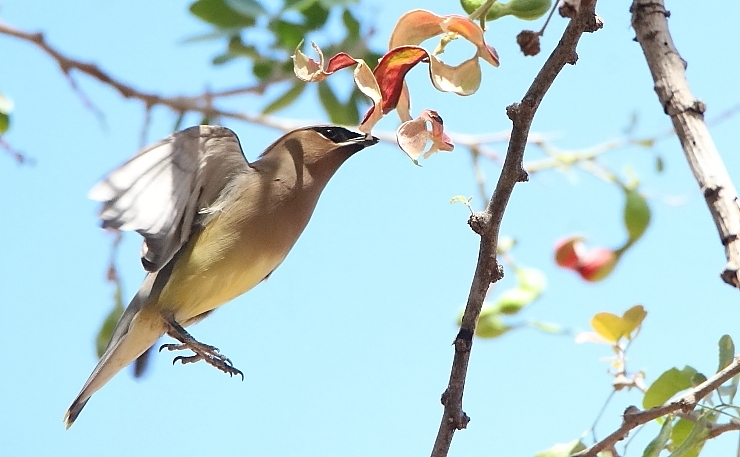 Last week, Corey opened the “Top Ten Birds for 2021” season here at 10,000 Birds. He lamented that he had barely been able to travel during the year — only one trip from New York to California, poor boy — and then went on to give an impressive list of vagrants and first-of-state birds.

Corey, I can do you one better. I have not left the state of Michoacán since January of 2020. Still, birding in unpopulated places is an excellent form of exercise during a pandemic (not to mention a source of mental health). And while I cannot, perhaps, match Corey’s 2021 achievements, I had many high points of my own. So here goes my 2021 Top Ten Birds list:

Honorable mention: Lazuli Bunting. Though never as common as Indigo Buntings during our winters (or Varied Buntings all year long), Lazuli Buntings are an especially beautiful addition to our winter season. I have seen them fairly often over the years. But it wasn’t until 2021 that I figured out where they are most common: right around our church! How did I miss that?

10. Cedar Waxwing: For most birders in Mexico, 2021 will be remembered as the year of the Waxwings. I had only seen this species once here, in 2018. And then, on February 1st, I suddenly saw dozens. Soon, I was seeing them everywhere — in desert scrub, in high-altitude fir/pine forest, and everywhere in-between. They even turned up in my yard a couple of times! My Mexican birder friends reported the same over most of the country.

I already used this photo, from the area of our church, in a post last spring. I don’t care.

9. Virginia Warbler: The Virginia Warbler is a common species in the thorn forest of the Balsas River Basin, so I had seen it often. But I was shocked when it turned up at my birdbath, 3,000 ft farther up. It continued to visit for much of March and April. And now it is back, visiting the birdbath since late November.

from my garden, in the spring

also from my garden

7. Colima Warbler: Guess where I saw a Colima Warbler in 2021? In my garden! This is the only migratory warbler to live entirely within Mexico, breeding in the northeast and wintering in the southwest. They are uncommon, and master skulkers. So, even though my garden visitor did not allow me a photo, when I got a good shot several weeks earlier in a more natural habitat, I was thrilled.

Here’s a rather typical image of mine of a Colima Warbler.

And here’s the new, improved version, taken only a week later.

6. White Ibis: I twitched! White Ibises belong down on the coast of Mexico, which requires a 4-5 hour drive that I rarely make. So when I heard that one was seen along the shore of Lake Cuitzeo, only 40 minutes from my home, off I went. And, to my shock, I found it!

5. Pyrrhuloxia: I love how a quick trip across the abovementioned Lake Cuitzeo opens up the possibility of multiple species from the Sonoran Desert (northwest Mexico and southwest US), mixing with those of central Mexico. I wish I had gotten a better look at this lovely lifer from March 1st of this year. But a lifer it still was.

4. Lucy’s Warbler: This warbler is another Desert Southwest species, and I saw it for the first time on the same day and place as the Pyrrhuloxia above. But I’m ranking the Lucy’s Warbler one place higher because it went the extra mile, turning up in my garden only four days later, and down in the Hot Country three days after that.

This was the Lucy’s that visited our garden.

3. Verdin: I made the acquaintance of the adorable Verdin back when I lived in Mexicali, where this Desert Southwest cutie is common. But this species had never been registered within the state of Michoacán, until I saw it just this side of the Guanajuato border in mid May. And in November I saw it again, further west but still within the state, on my way to seeing this year’s White Ibis (#6 above).

2. Mexican Whip-poor-will: I first heard the unmistakeable call of this species (¡cuerporruín!, which is its common name in Spanish) back in 2015, and I had heard it two times since. But it was a big shock to actually see one, only four days before the year’s end. I was birding with my biologist friend Ignacio, when it flapped from right in front of us to some equally dense brush a few feet farther away. Behold my (heavily edited) photo, and be astonished:

This species is only ten years “old”, previously being considered a single species with the Eastern Whip-poor-will of the United States.

1. Grass Wren: My friend Ignacio has quite the garden! His family’s 7 hectares (17 acres) of wooded land includes a lovely grassy marsh. And the grassy marsh houses some Grass Wrens, which is a species I had never seen before. Including a bonus Great Horned Owl and a Barn Owl certainly was a nice touch. The Grass Wren earns bonus points for being an even “newer” species, only splitting from the more northerly Sedge Wren over the past four years or so. Since I had waited a long time to see the Sedge Wren, this species wins my top spot for 2021.

Where Are You Birding This Second Weekend of June 2008?

Best Bird of the Weekend (Second of October 2009) 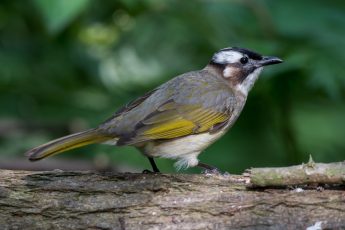 « Previous post
Birding the Trinity Hills
Next post »
A Pocket Guide to Pigeon Watching: Getting to Know the World’s Most Misunderstood Bird: A Book Review by a Pigeon Cynic