There I was, enjoying a lazy Sunday afternoon at home on a rainy and blustery day, resting on my laurels after seeing lots of good birds on Saturday and Sunday morning. I picked up my iPhone because, well, this is the twenty-first century and that’s apparently what we do, and was amazed to see that a few minutes earlier word had went out that a Common Greenshank had been found at Timber Point Country Club. Why was I amazed? Well, I made a list:

I packed my gear as quickly as I could and asked Desi if he wanted to go with me. In the nonchalant style that only nine-year-olds have, he agreed. We headed out to the Honda Civic and motored on out to Suffolk County. Fifty minutes later (there was some traffic) we pulled up at the parking lot a few feet from the scope line and heard the encouraging word “The bird’s still here.”

A kind fellow birder let me look through his scope before mine was set up and I saw a Common Greenshank tucked up next to a Greater Yellowlegs. Nice! Lifer and state bird! The only way it could have been better was if it was in Queens. 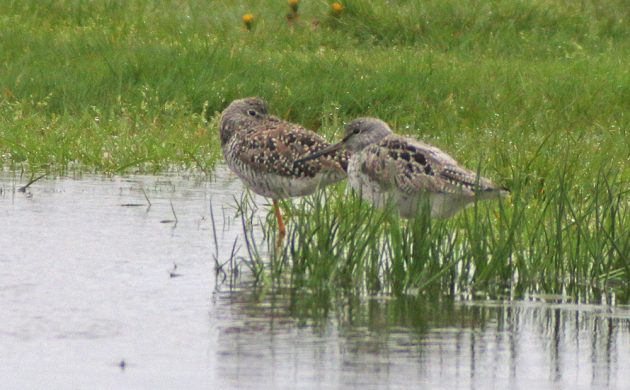 By the time I got my digiscoping rig set up the greenshank had untucked. Still couldn’t see those green shanks though.

Desi enjoyed lookng through the scope as well as playing with my binoculars. But he soon got tired of the wind and rain and returned to the car while I spent another ten minutes or so digiscoping and kibbitzing with the twitchers. 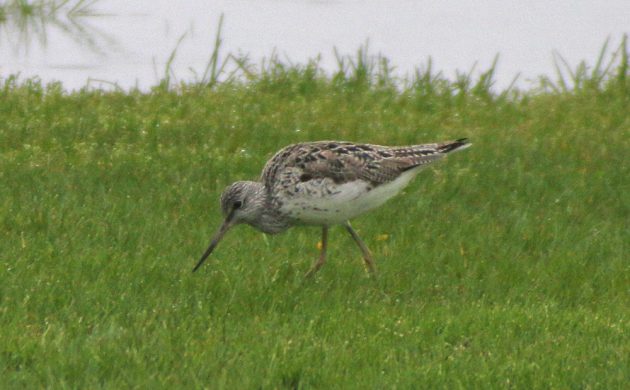 The greenshank was soon foraging in the open though the distance, wind, and rain made getting clear images tough. 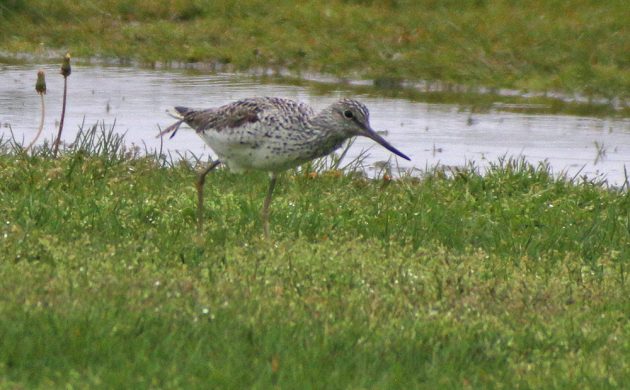 I didn’t care. I was looking at a life bird! 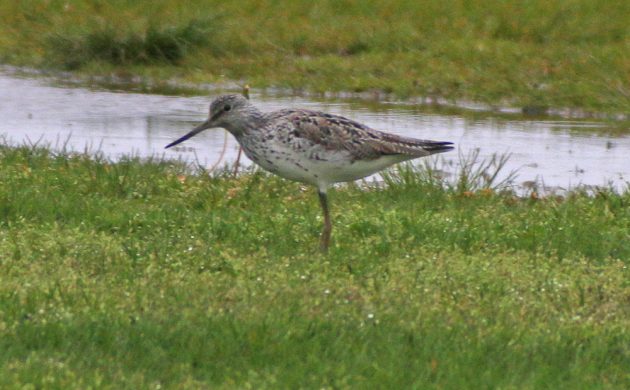 The big question is: What will Pat find next spring at Timber Point?

The ride home was uneventful and peaceful and relatively traffic-free. If only all twitches could go so well!

« Previous post
How to Know the Birds: The Art and Adventure of Birding – A Book Review
Next post »
Best Bird of the Weekend (First of May 2019)