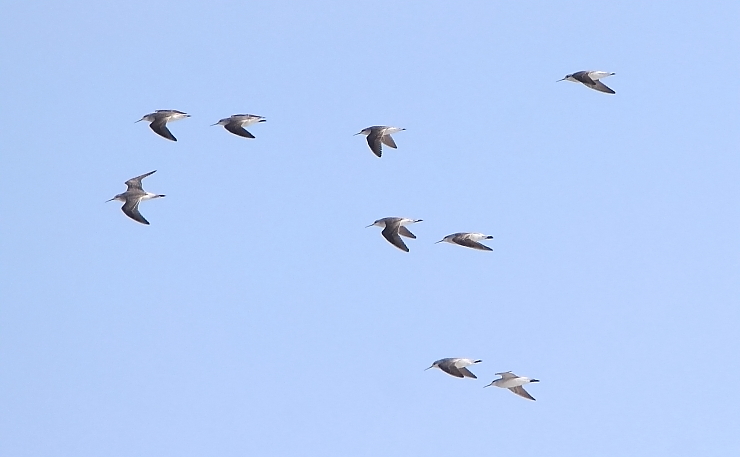 Well, Kai Pflug has beaten me again. I had spent a couple of weeks vaguely contemplating the need to write about my first wetland trip of the winter migratory season. Meanwhile, Kai continues to crank out two or more posts each week. Action was bound to beat contemplation, and so he wrote about his returning waders before I wrote about mine. Let that be a lesson, to me.

Here in central Mexico, the winter season always seems to begin with the arrival of various members of the sandpiper family. I assume this is because so many of them breed in the Arctic and tundra regions, so their summer is much briefer than that of other birds. They have farther to go, but they also leave sooner.

In the waning days of July, a birder friend from north-central Mexico sent out the first report of such wading birds arriving in his own wetlands. So I waited a respectful few days, and headed out to see if they had made it to my south-central Mexican wetlands yet. A distant pair of migratory Yellowlegs, perhaps on Greater, and one Lesser, suggested that they had. Still, most of the birds were locals, including Fulvous Whistling-Ducks, Black-necked Stilts, and a lone American Avocet (still with a bit of breeding color).

And when stilts party, they really party.

My hope had been to find thousands of Baird’s Sandpipers and Wilson’s Phalaropes, but apparently I had arrived too early to catch that spectacle. A single sandpiper, far in the distance, had the long wings that distinguish the Baird’s, which stop in amazing numbers at Lake Cuitzeo on their way south, but fly to our east on their return journey. I did a bit better with the Phalaropes; while I only had one encounter, it was with a medium-sized group, and they seemed quite willing to let me take their picture.

I’m not proud of this image. But it does show off sharply delineated dark chest and elongated shape of a Baird’s Sandpiper.

Oddly, the day’s only gulls all seemed to be Laughing Gulls. These are also, technically, winter migrants, but breed along the warm waters of the Caribbean, Gulf of Mexico, and Gulf of California. So, they needed a vacation from the beach?

This one is young, perhaps a first year. Gull enthusiasts, please feel free to correct me.

I had yet to see any peeps other than the solitary Baird’s Sandpiper, so I proceeded to the mudflats along the edge of the town of Cuitzeo — Cuitzeo Beach, if you please. This is a rather nasty place, since lots of the town’s sewage joins the lake waters there. But hey, other birders enthuse about birding poo plants. This is just a poo plant without the plant.

And birdy it is. Among my many encounters was a pair of adolescent Black-necked Stilts, doing what adolescent humans also do… showing off, and fussing with each other.

Next, one of many Northern Jacanas put on quite a show. Our Jacanas are fairly nondescript reddish-gray birds, other than their odd yellow bill and shield… until they open their wings and fly. Surprise!

I had indeed been seeing small groups of peeps flying briefly over the folds in the still-dry mud, but never close enough to achieve an ID. Finally, my patience paid off, and I got the photos that identified my first Western Sandpipers for the season. Their long, decurved, slightly tapered bill gave them away, but the spots on their undersides were a rarer treat — remnants of their summer breeding plumage, which rarely make it this far south. If they did, peep ID would be less of a challenge down here.

And, finally, a pair of peeps sprang into the air and showed vaguely yellow legs. Least Sandpipers!

As Cuitzeo numbers go, August 1st didn’t give me much. But it certainly was a nice foretaste of things to come. 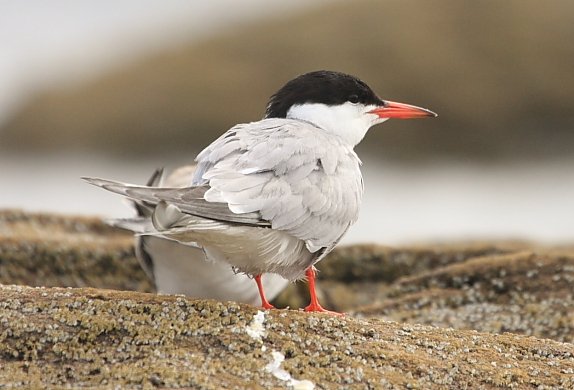