Return of the Waders 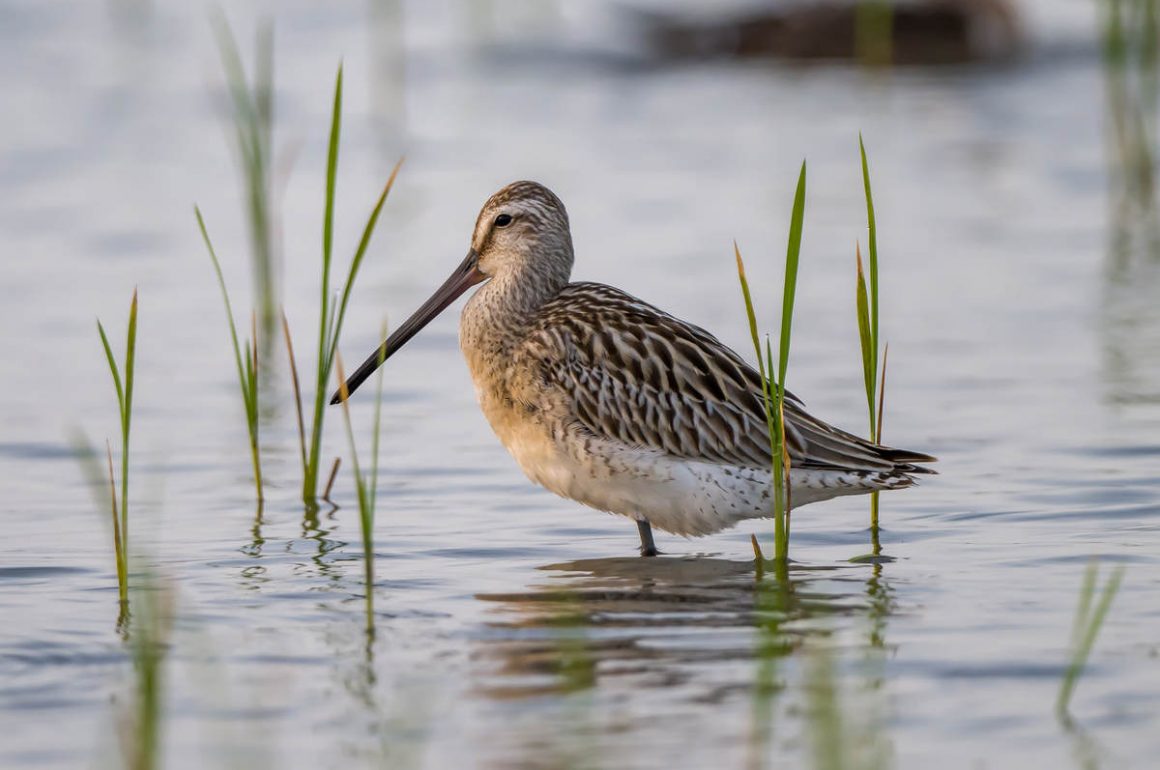 Around this time of the year, the first few waders are back in Shanghai from their breeding grounds far further up north.

Generally, being back here early is not a very good sign – it may indicate a failed breeding attempt, as suggested for Asian Dowitchers in a paper on their presence in Lianyungang somewhat further north of Shanghai.

Some well-meaning advice to Asian Dowitchers: If you want to get rid of your Near-Threatened status, you need to get better at breeding. Oh, and maybe humans need to be a bit less destructive to your habitat, too.

The Black-tailed Godwit is Near Threatened as well, though it seems to be easier to see around Nanhui. The HBW estimates the global population at 140,000 to 270,000 pairs. In Europe, most of them winter south of the Sahara but an increasing share winters north of it – which sounds like an interesting research topic for people who, ahem, find such topics interesting. Unfortunately (at least from a storyline point of view), there seems to be no major advantage in not crossing the Sahara (source). It is rumored that one of the researchers later became a software developer. Then again, given that the paper has 12 authors, this may just be statistics at work.

The Latin species name of the Marsh Sandpiper is stagnatilis, which somehow I thought might hint at the thin, needle-sharp bill of the bird (I do not know how I got this idea, maybe the word stagnatilis sounds kind of sharp) but in reality, stagnatilis means “of or belonging to pools or ponds” (HBW).

At least the Marsh Sandpiper is categorized as Least Concern.

A Curlew Sandpiper at Nanhui tried to stay anonymous by hiding its characteristic downturned (though I guess the technical term would be “decurved”) bill.

Though also classified as Near Threatened, the HBW states that there are still more than one million of them. The explanation why it is still regarded as threatened comes directly from a paper:

“Among all long-distance migratory birds on this globe, the ~8 million shorebirds that migrate along the East Asian–Australasian Flyway are particularly hard hit by global change processes, with Curlew Sandpiper showing the steepest decline of all, having decreased by >80% over 23 years.”

Not to point fingers, but here is an excerpt from the HBW on Curlew Sandpiper stopover locations:

“Up to 65% of intertidal habitat in the Yellow Sea region of E Asia has been lost over the past 50 years, and more than 1% of remaining habitat is being lost per year to reclamation for agriculture, aquaculture and other development”.

At Nanhui, the loss is certainly much greater than 1% per year. Given the developments I have seen in the last 7 years or so, 10% per year seems more realistic, I am afraid. On the other hand, for every disturbed Nanhui, there are probably at least 10 coastal places in China that are completely undisturbed, so it all evens out.

The Red-necked Stint – would you have guessed it – is also fairly common at Nanhui but also Near Threatened. It seems that at Nanhui, somebody is trying to kill even more than 2 bird(s) (species) with one stone (to be more accurate, not a single stone but a massive amount of concrete).

While small, these birds cover impressive migration routes. One recent paper states that “One individual completed its northward migration of >9400 km in two marathon flights; the second leg of that journey was completed in a nonstop flight of 5350 km.”

The Common Redshank is almost an exception among the Nanhui waders in that it is listed as Least Concern.

To continue my obscure joke that nobody remembers nor has ever thought to be funny, the Common Redshank prefers drinking beer to drinking wine, as anyone should.

(Max Goldt, a German author and satirist, once defined wine as “what one drinks when one has run out of beer”. Well said).

In strong contrast to some other birds found in Shanghai – namely Pheasant-tailed Jacana and Greater Painted-snipe – the Sharp-tailed Sandpiper observes much more traditional gender roles (and is hopefully lauded and praised by conservative humans all over the world – I have heard a rumor that the US Supreme Court will choose the Sharp-tailed Sandpiper as its heraldic animal). According to the HBW, “only female incubates and cares for young … [while] males leave during [the] incubation period”. Right on, sharpies!

It also seems the species is good at keeping its nest hidden – while the bird was named in 1821, its nest and eggs were only discovered in 1958 (source).

Being a fairly incompetent birder, I always have problems distinguishing between the Sharp-tailed Sandpiper and the Long-toed Stint. I know, the latter is much smaller, but the birds are usually long gone once I got out my measuring device.

In Southern Portugal, Little Ringed Plovers nest either along natural streams or near agricultural ponds. However, the success rate as described in a paper is only about 31%, independent of the type of location. Apparently, the choice is for the nests to be flooded (those near streams) or to be trampled by cattle (those near the agricultural ponds). Pestilence or plague, good to know the plovers have a choice.

Come on, we get it already: you Black-winged Stilts have very long legs. No need to remind us all the time.

No need to shout about it either!

As I may have run out of interesting things to say about the Wood Sandpiper, here is something slightly less interesting. The Latin species name glareola comes from the Latin “glarea” =gravel, sand, to indicate the habitats where it lives (source).

While Shanghabirding claims that Grey-headed Lapwings are rare in Shanghai, I see them quite regularly. The photo on the Shanghaibirding site is much better than the one below though.

While grazing cattle and buffalo may look idyllic to us, the Oriental Pratincole has a very different view. In areas where there is a high density of these animals grazing, less than 50% of all nests are successful (source). No wonder that Oriental Pratincoles generally encourage humans to eat more beef.

The Pacific Golden Plover gets the rare honor of its HBW entry starting with a quote from a 1950s Alaska bird guide: “The Golden Plover is an aristocrat among birds. Everything about it is distinctive.” Maybe, just maybe, the HBW people occasionally care about birds after all.

Elsewhere, the HBW talks about these plovers being considered “the high speed champions among shorebirds”

The species is also surprisingly long-lived – one study mentions a bird that died at an age of at least 21 years.

Where Are You Birding this Final Weekend of January 2009

Reason To Become a Bird Watcher #8: The Element Of Surprise