Those of us who scan the shores of the North Atlantic are privileged to occasionally encounter that most pulchritudinous of pelagic birds, the Northern Gannet. This seabird in the Family Sulidae is kin to the booby and lethal to any fish foolish enough to feed close to the ocean’s surface; the daring plunge dives of gannets seem death-defying but, thanks to physiological adaptations, the only threat involved is to their prey. 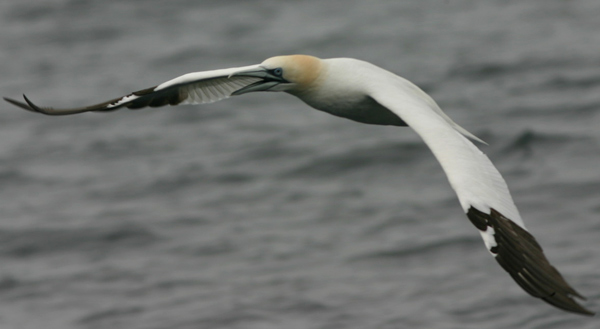 Not only are Northern Gannets the largest seabirds in their range, they place among the most handsome. These sleek seafarers are, in their adult plumage, snow white tipped with black at the wings and crowned with a terrific toasted almond glow. That orange coloration is set off beautifully by a slate blue bill and deepset eyes. Juveniles begin dark brown and lighten up year after year. 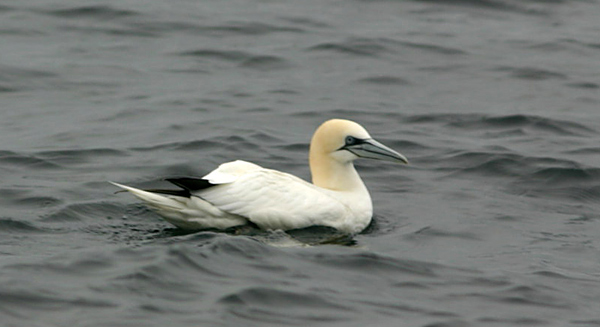 Gannets are quite populous along the Atlantic coastline stretching from the southern United States up through Greenland and Iceland and through Europe down to north Africa. These colony nesters suffered significant population declines in the past but are doing much better today. No wonder… their combination of good looks, aerial grace, and plunge diving theatrics make them, at least in my opinion, the most impressive birds in any chum slick. 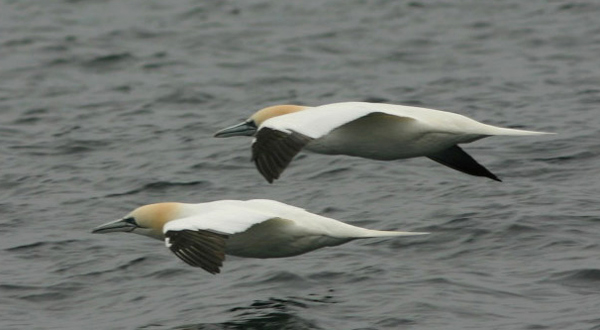 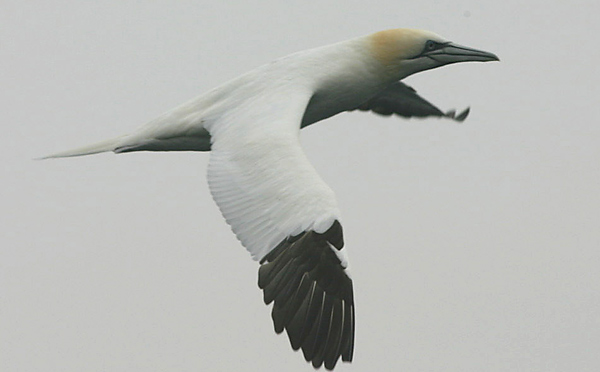