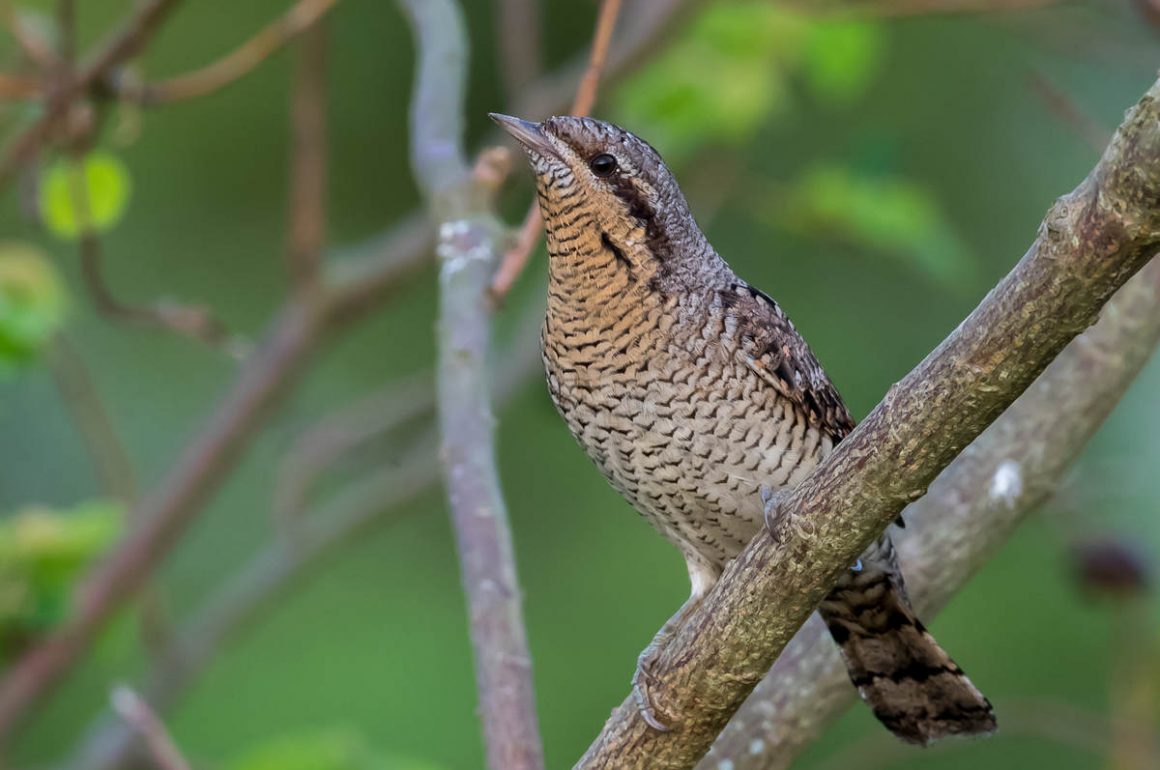 It is hard to imagine any birder not liking woodpeckers – they are the “motherhood and apple pie” of the avian world. So, writing a post about them is easy. Or would be, had I encountered more of them – so far, I have seen only a very small share of the approximately 233 woodpecker species, and got decent photos of an even smaller number – not much more than 10% of all of them.

The Bearded Woodpecker (Mkuze, South Africa) does not really look any more bearded than many other woodpeckers. Still, with many woodpeckers looking pretty similar, it must have been kind of tough to give all of them good names.

“I am not bad-looking, I am just badly photographed”: A Bay Woodpecker (Fraser’s Hill, Malaysia) using a joke from “Roger Rabbit”.

The pinkish eyerings of the Brown-capped Pygmy Woodpecker (Tansa, India) make it look as if it is constantly suffering from a hangover.

The Grey-capped Pygmy Woodpecker (Tengchong, China) is a tiny bit bigger and looks much soberer. Supposedly, they smoke less than the Brown-capped ones, too.

The little red bit on the crown on this photo indicates that it is a male bird.

The Buff-necked Woodpecker (Taman Negara, Malaysia) is classified as Near Threatened, with the usual rationale of “habitat loss” (which sounds nicer than “evil humans destroying anything that does not immediately bring in money). The species name “tukki” is not derived from a beloved but now extinct Eastern European car brand but from the Sumatran word for woodpecker.

The name of the Cardinal Woodpecker (Letaba, South Africa) is misleading, as not all of them are Catholic or even cardinals. Also, the cap of the females is not even red but black. It is the most widespread woodpecker in Africa, claims the HBW.

I am not sure why the Acorn Woodpecker (Reno, USA) is not called American Cardinal Woodpecker.

As far as design varieties go, woodpeckers can be a bit of a disappointment. If you believe in a creator god who among other characteristics also is creative, this can be disillusioning. A point in case: the Crimson-breasted Woodpecker (Tengchong, China).

The HBW entry for the Downy Woodpecker (Reno, USA) illustrates a common phenomenon – apparently, the more a species is known, the more subjects for further research pop up. The HBW library lists more than 150,000 photos of the species, and at the same time, the word count for the section “Priorities for future research” runs to more than 200 words (including such high-priority entries as “The details of Downy Woodpecker distribution in the southwestern and western United States are not clear, have probably changed, and are probably changing as a result of irrigation and planting of trees in cities and towns”) while most entries for other woodpecker species do not even have that section.

The main point of having self-imposed rules when writing a blog is to break them whenever desired. So, more than my usual maximum of five photos per species for the Eurasian Wryneck (Nanhui, Shanghai, China).

When going through the HBW profile of the Eurasian Wryneck, I realized that these profiles do not usually have a dedicated “Behavior” section (only one titled “Sounds and Vocal Behavior”). For this species, this is unfortunate as some of its behavior is well worth describing (Wikipedia):

“These birds get their English name from their ability to turn their heads through almost 180 degrees. When disturbed at the nest, they use this snake-like head twisting and hissing as a threat display. This odd behavior led to their use in witchcraft, hence to put a “jinx” on someone” (The last part refers to the Latin name of Jynx torquilla).

The Latin species name of the Golden-tailed Woodpecker (Bateleur, South Africa) is abingdoni, which according to the HBW stands for Montagu Bertie Lord Norreys of Rycote and 5th Earl of Abingdon (1784-1854). All this sounds vaguely Downtown Abbey-ish, but the strange thing is that the Wikipedia entry for this Earl essentially states that he did nothing special in his life apart from having 8 children (probably pretty normal for that period in time) and marrying twice (ditto for men).

Wikipedia also does not seem to be too convinced of the logic behind the English species name, stating that “their golden-olive tails do not differ markedly from those of several related or sympatric woodpecker species”.

The distribution range of the vulnerable Great Slaty Woodpecker (Hongbenghe, China) barely touches China. The pink lipstick shape on the face of the bird counterintuitively indicates that this is a male.

There is a Chinese proverb stating “Laws control a lesser person, right conduct controls a greater one.”

Unfortunately, this proverb is utterly useless in distinguishing between a Lesser Yellownape (Jiangfengling and Hongbenghe, China) …

and a Greater Yellownape (Baihualing, China).

... but the Lesser Flameback is more accurately named the Black-rumped Flameback (Delhi, India)

Similar to the situation in rock bands, both female and male Grey-headed Woodpeckers (Tianmushan, Jilakou, and Hongbenghe, China) drum, but the female less often than the male (source).

The European Green Woodpecker (Visselhoevede, Germany) is closely related to the Grey-headed Woodpecker, but less demanding in terms of its habitat (source). Kind of like a diesel version.

The Ground Woodpecker (Drakensberg, South Africa) is listed as Near Threatened. At woodpecker family meetings, it usually stands a bit separate from most other species as it cannot meaningfully participate in discussions about wood (it mostly lives in rocky terrain without trees). However, if out of courtesy one of the other woodpeckers switches the talk to another favorite topic, ants, the Ground Woodpecker is happy to share its experience.

For example, the Northern Flicker (Reno, USA) is always interested in discussing the nutritional merits of different ant species.

The lack of a red forehead makes this a female Laced Woodpecker (Singapore). For the last several million years, red foreheads have been extremely popular among male woodpeckers, even though at first everybody thought this was just a short-term fad.

According to Wikipedia, the Rufous Woodpecker (Singapore, Fuzhou, China, and Taman Negara, Malaysia) “is most well known for building its nest within the nest of acrobat ants”.

(If – like me – you are wondering why some ants are called acrobat ants, the Iowa State University website has an answer: “This is because of the way the worker ants carry their abdomens above the rest of the body as if they were performing a balancing act.”)

(If – also like me – you are wondering why a woodpecker would build its nest with a nest of ants, I do not have a clear answer. There are some theories about this being a symbiotic relationship, for example on this website – though I certainly strongly disagree with the conclusion stated there that “it’s another example of cooperation and design by the Creator of life”).

As the name suggests, Sunda Woodpeckers mainly live on the Sunda islands but these photos were taken in central Singapore, which offers better shopping opportunities for materialistic woodpeckers.

Piculets are a subfamily of woodpeckers – most of its 25 species live in South America. Only one lives in Africa and three in Asia – two of these three are the very cute Speckled Piculet (Shanghai, China) …

... and the similarly cute (but also suffering from a hangover) White-browed Piculet (Nonggang and Nabang, China). 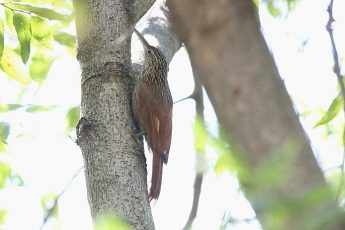 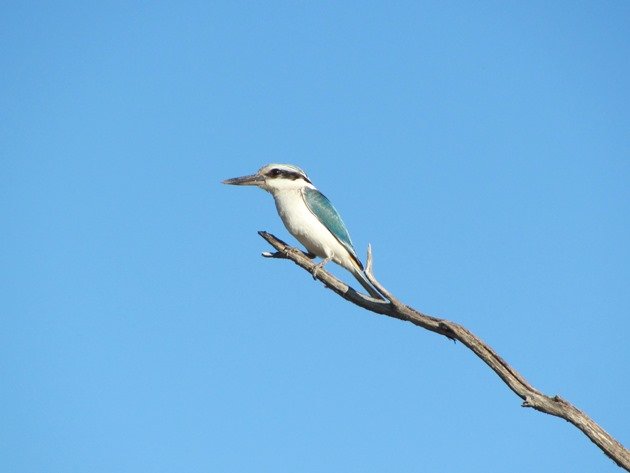