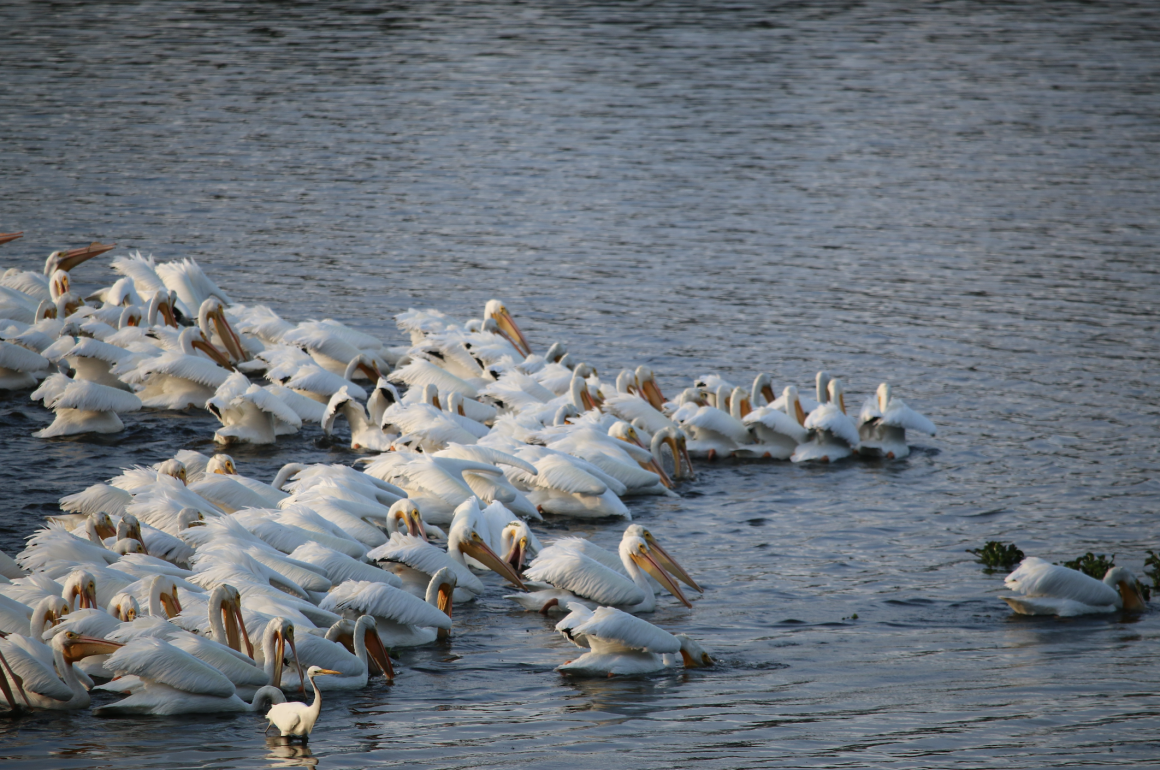 I’ve made some new friends in 2022. For the past few years, they’ve been mere acquaintances, passing through North Florida on their way to who knows where. I’d spot them from the distance along the coast or swirling high overhead, their bright plumage glinting in the sunshine. But now, they’ve decided to become full-time winter residents, resting along the shoreline, fishing in the shallows, swimming past me day in and day out. I’m talking, of course, about “my” flock of American White Pelicans.

American White Pelicans spend their winter months along the Gulf states, California, parts of Arizona, and Mexico down into Central America. They migrate north through the Western United States, breeding in pockets all the way up through Canada. Though their Brown Pelican cousins need the coastline to breed and feed, American White Pelicans are equally happy on inland freshwater bodies, so perhaps their choice to settle on my neighborhood lake shouldn’t have surprised me as much as it did.

No matter how many times I see them, this particular species remains breathtaking. With incredibly white feathers, except for black wing edges, the pelicans are striking whether floating or flying. Did I mention they’re huge? They can reach 65 inches in length, with a wingspan of more than 115 inches. Compare that to the water body’s other regulars – Canada Geese – that reach “only” 43 inches with a wingspan of nearly 67 inches. Active feeders, they move across the surface in tightly-packed groups, heads dipping beneath the water over and over and over in search of fish. My husband noted that our lake must have a lot of small fish, given its ability to host a flock of 30+ hungry pelicans for weeks on end.

And so every day I look for their signature shapes, counting the individuals among the flock or shading my eyes against the overhead sun to watch their soaring forms. They’ve become familiar in the best way, like a person I’ve come to know and appreciate. Soon they will disappear, stretching wide wings and taking to the skies in search of breeding grounds farther north. I cross my fingers that they make it safely, raising voracious chicks before returning to the Sunshine State once more. In the last half-century, numbers of American White Pelicans have increased every year, recovering from the onslaught of pesticides in the mid-20th century; now, the three dozen or so that have made their home here this winter are part of a global population that numbers more than 120,000 breeding birds.