Moving is a tribulation, even when you’re just moving across town. But when you’re moving closer to great birding, there are some consolations. So, let me remind myself why I recently spent an entire rainy day lifting heavy things and making my unfortunate boyfriend do the same:

The first time I looked the apartment over was in late April. As seems to be the style this season, it was cold and damp. In fact, it hailed on me on my way to the showing. The apartment was in an older house that had been rather eccentrically divided, and while it had certain advantages over my then-current place (a working thermostat, less rapacious landlord, closer to campus) I was unsure if I shouldn’t hold out for something even better. Then, as I was walking home through the park, a flock of Bohemian Waxwings flew calling over my head and settled in the shrub in front of me at eye level, gorging on berries and not caring about me at all. I’d been looking for Bohemian Waxwings for months. Irrationally but perhaps understandably, my positive feelings about the apartment went up immediately. But Bohemian Waxwings, as their name suggests, can turn up anywhere. Let’s look at a more typical May day walking around the park that is now mere feet from my front door.

I set out one morning last week when it briefly decided to stop raining, crossed the river (stopping to admire my friends the Cliff Swallows) and got on the bike path. Almost immediately I was besieged by the songs of Yellow Warblers, Black-capped Chickadees, and Song Sparrows, all engaged in vigorous staking-out of territory. Brewer’s Blackbirds and House Finches were carting nesting material to and fro. A few Northern Flickers were loud above the din, as were the omnipresent American Crows. The highlight of this end of the path, though, was the nesting platform for Ospreys installed, appropriately enough, by the Missoula Ospreys minor league baseball field. The actual avian Ospreys were back in residence, calling loudly to each other.

Turning in the other direction to reach the Kim Williams Nature Trail, I was treated almost immediately to the most confiding Nashville Warbler I have ever met, a handsome male bird who landed on a branch just a few yards from my face to sing. Perhaps a quarter of a mile later, a rustling in the bushes alerted me to the presence of a Spotted Towhee, and shortly after that a lovely male Lazuli Bunting swooped in, perched in plain view just long enough for me to observe his blue-and-ocher uniform clearly, and then rushed off about his business. Violet-green Swallows swooped overhead.

At this point, I was at the base of the Hellgate Canyon trail, where I’d previously seen Mountain Chickadees and Townsend’s Solitaire. Dodgy weather had always kept me from climbing all the way over, before, but this time I felt like my luck was in. Things were quiet at first as I headed upwards, until I startled two Mule Deer. They didn’t run, but watched me with wary eyes as I passed them. I spotted a pair of Red-breasted Nuthatch, a pair of Yellow-rumped Warblers, and a bit further up, a pair of the vireos formerly known as Solitary. The two Cassin’s Vireos were chasing each other, posturing, and twittering (in the traditional, not the technological sense.) Whatever species they were considered these days, they were clearly planning to propagate more.

I emerged into the strange landscape, high on Mt Sentinel, that marks the site of a decades-old burn. Although I didn’t see the woodpeckers I hoped for, I did spot a Townsend’s Solitaire. The spectacular views of the valley also offered me looks at a passing Common Raven, Red-tailed Hawk, and an adult Bald Eagle.

I was now sunburned and thirsty, but close enough to the top that there was no turning back – not only for the sake of my pride, but because I’d heard that there were Mountain Bluebirds nesting up there. And sure enough, although it was mid-afternoon by the time I finally emerged on the peak, one of the small twisted trees held a handsome turquoise male. Another tree, a little further down, had a male and a female perched on opposite branches, which allowed me to provide a quick lesson in bluebird ID to a curious fellow hiker.

Having reached the mountain top, there was now the small matter of getting down. I won’t bore you with that part of the story, especially not the part where the slope got so steep that I had to slide on my butt rather than walking in a more civilized fashin. But I think you can see why I am enthused about my new apartment, which offers easy access to this rich slice of mountain bird life in without getting in a car or leaving town.

Bohemian Waxwing by Randen Pederson; side of Mount Sentinel by me. Mountains move a lot slower than waxwings. 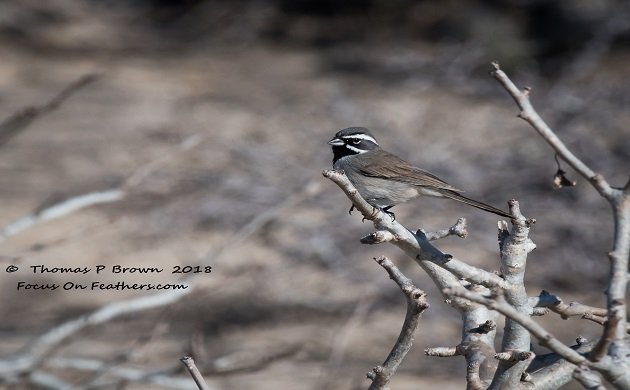 Shorebirds in the desert

A Birding High For Lowe's