Last week I was out on the Cohoes Flats looking at shorebirds, hoping to find something good. Both Greater and Lesser Yellowlegs were around as well as several small groups of Least and Semipalmated Sandpipers. A couple of Pectoral Sandpipers were hanging out on flat rocks on the other side of what little Mohawk River water was allowed through the dam and Killdeer called from every side.

Then I spotted a bird that was about the same size as a Pectoral Sandpiper but different. I went back and forth with my binoculars between the pecs and the solo bird enough to make sure it wasn’t a pec, and then snapped a couple shots. I then made my way closer to the bird hoping to get better pictures but watching where I was walking so as not to fall on the not-very-flat flats. So I missed the bird taking off but did see it land much further away and across the water from where I was. I looked at it through my bins for a bit more and decided (I’m not really sure why now, but I do think I saw some buff coloration running down its flanks) that it was a Buff-breasted Sandpiper, which would be weird for the habitat I was in but not unheard of in migration. Plus, I had pics that I was sure would show it as a buffy when I got home and got the images on the computer.

When I did get home and upload the pics I was still sure, with my minimal shorebird-identification ability, that I had a buffy. I emailed the pics to Will and put them on my flickr page and then Will and I discussed the bird over the phone while looking at field guides and pictures on the internet. He wasn’t convinced it was a buffy but I still was so I posted it to the local listserv as a Buff-breasted and he wrote an email to the listserv expressing his reservations, including the possibility that it might be a juvenile Ruff.

But before Will put his email up I got an email response from another local birder who also thought a juvenile Ruff couldn’t be ruled out. So of course I went out the next morning before work, hoping to refind the bird, but failed. The Peregrine Falcon that made two passes over the flats might have been the explanation for its absence, or the bird might have just continued its migration.

Leaving the pics up I got a couple of responses from other birders who also felt it could be a juvenile Ruff or a Pectoral Sandpiper.

This started me questioning myself. But I let it sit over the weekend until I heard from Will on Monday night that some folks he knew thought it was a Sharp-tailed Sandpiper so I figured I should repost to the local listserv to say that the ID of the bird was in serious question.

Then things got really interesting. Another local birder posted the links to the pics on the ID Frontiers listserv where some serious birders hang out and lots of responses (which she forwarded to me) started coming in, with birders saying they thought it was a Sharp-tailed Sandpiper, Pectoral Sandpiper, Least Sandpiper, juvenile Ruff, or Eurasian Dotterel. Everyone made sure to mention that it was most definitely not a Buff-breasted Sandpiper. Also, people were mentioning that the lack of field notes made attempts at identification difficult.

Having not taken field notes, and knowing I should have, I tried to make amends by posting the following comment on my own picture:

At this point I have been made very aware that it is not a buffy. I was sure that is what it was when I saw it though, mostly because of my limited ability with shorebirds, despite the wrong habitat. This led me not to take notes, which I am seriously regretting now.

What I do recall of the bird: it was roughly the same size as the Pectoral Sandpipers nearby (I say roughly because they were further from me than this bird was). I thought it was a buffy because I saw a buff wash down the flanks, which, in retrospect, might have been lighting/dirt/imagination. I really don’t trust any other of my recollections about the bird because they have probably been affected by looking at the pics over and over and looking at field guides.

I would have said confidently a week ago that it was not a Pectoral Sandpiper, seeing as pecs were nearby and it was different enough that it drew my interest but I’m also the guy who thought it was a buffy so my shorebird identification skills should probably be questioned…

In my humble opinion the pics are too lousy to come up with a definitive ID but, of course, people are welcome to speculate wildly.

So, what did I learn from all of this? Take notes. Don’t post poor pics of shorebirds giving an ID unless you really know what you are talking about. And, when confronted by a bird that seems odd, don’t try to pound it into an identification that fits your frame of reference like a five-year-old pounding pieces of a puzzle that don’t fit into place. I think the main reason I settled on Buff-breasted Sandpiper in my initial (and very wrong) identification was because I had seen one the previous weekend and I have never seen (or studied) any of the rarer birds other birders mentioned as possibilities.

If I had only gotten clean shots or taken good field notes I might be sitting on the third state record of a Sharp-tailed Sandpiper, my life Ruff, or yet another Pectoral or Least Sandpiper. Instead I have a famous shorebirder, Kevin Karlson, calling my photos poor (and rightfully so) and using me to remind everyone of the importance of field notes. And David Sibley, yes, the David Sibley, using my pic on his new blog to help demonstrate the use of head sizes to determine the size of a bird. And, speaking of the pics, here they are: Great. The birding world now knows me as the birder who misidentified a bird of which he took lousy pictures while failing to take field notes. Maybe I’ll start stamp-collecting… 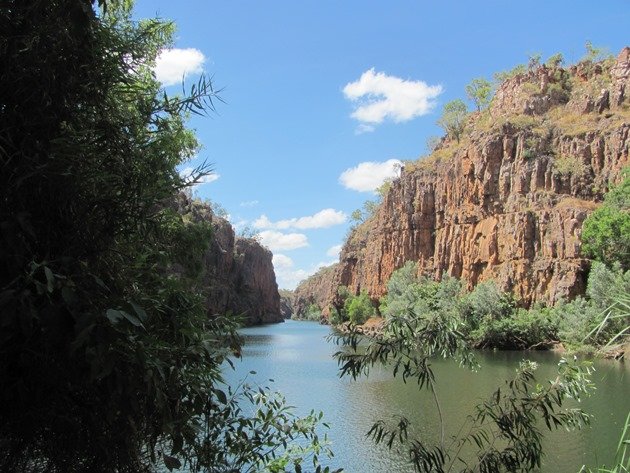