Pilgrim on the Great Bird Continent

From the outside looking in, birding and science seem to be two very different pursuits. Even enthusiasts themselves sometimes fail to relate the patient, inquisitive observation of avifauna conducted for recreational purposes to the same deliberate scrutiny administered under the auspices of professional ornithology. Many birders perpetrate citizen science without even knowing it when participating in official counts or even just reporting rare sightings. By the same token, most professional scientists are motivated by the same burning curiosity and thrill of discovery that propels amateur bird watchers. The plenitude of connections seem obvious now, but it took an artist with true crossover appeal to elucidate for me the fundamental links between birding and science. What figure has the raw star power needed to connect these two seemingly disparate pursuits? None other than the great man himself, Charles Darwin.

Yes, Charles Darwin, who wasn’t always the sure-footed sage whose controversial theories of evolution and natural selection upended the creationist apple cart. Before he could arrive at his earthshaking observations, he had to master the essentials of his profession. Pilgrim on the Great Bird Continent is the chronicle of Darwin’s renowned expedition on the HMS Beagle. Science types will enjoy how expertly Lyanda Lynn Haupt mines the rich content of the notebooks Darwin kept during the journey to uncover his remarkable transformation from eager neophyte to assured, intuitive scholar. Birders will appreciate Ms. Haupt’s conviction that his growth as a scientist was catalyzed by his increasing interest in avifauna.

The full title of this splendid book is Pilgrim on the Great Bird Continent: The Importance of Everything and Other Lessons from Darwin’s Lost Notebooks. The importance of everything wasn’t readily apparent to Darwin as he set off on his transformative global circumnavigation. His great interests were geology and entomology, not ornithology. Thus, he spent a greater portion of his first year abroad with his nose in the dirt than with his eyes to the trees. But South America, the Great Bird Continent, captured Darwin’s prodigious attention with its dazzling neotropical delights. It was there that he learned to really look at birds from rheas to reedhaunters, condors to kiskadees. Once Darwin mastered looking, he began to see, and we all know what that led to.

Ms. Haupt’ use of language may be described in a word as lush. However, taking her creative cue, I won’t spare my descriptors but will instead throw picturesque, voluptuous, discursive, and thoroughly enjoyable on to the pile as well. Pilgrim on the Great Bird Continent is no dry dissertation. The author does at times take certain liberties in presuming Darwin’s innermost thoughts. She also allows her narrative a long leash, permitting it to lead us where it will, sometimes straight down a path of ineluctable inference but in other instances meandering seemingly without aim. In my opinion, these qualities enhance the reading experience; I often found myself consciously admiring Ms. Haupt’s expressive style. Exegesis of old journals can be a lifeless, dreary affair. However, in the author’s capable hands, Darwin’s travels and tribulations read as fresh, vital, and utterly engaging.

I really enjoyed this book and recommend it to anyone with even a passing interest in natural history. What struck me most of all, and perhaps this is a sign of the times, is how familiar Darwin’s developmental path seemed. Upon arriving at an interest that consumed him, he cultivated the habit of writing on it daily. These honest, encompassing scribblings propelled his preoccupation and sharpened his perceptions of new, unfamiliar organisms. His journals served not only as a record of his growth but as an unsung yet influential contributing factor. And in the end, he even managed to make a few bucks by repackaging and publishing his work. It looks to me like Charles Darwin, as presented in Pilgrim on the Great Bird Continent, was the original nature blogger. 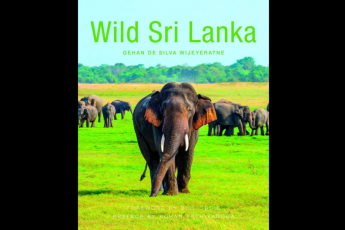