Joshua Malbin has been birding in Brooklyn, NY for more than 10 of his 15-plus years doing it so far. He’s been working as a writer and editor for almost 20, and has contributed fiction and nonfiction to more than a dozen online and print journals. He cohosts the independent comics review podcast Comics for Grownups and has self-published a novel about water wars in the western U.S. Another is in the works.

“Wait, why is this bird called ‘Red-bellied Woodpecker?'”

“Because, you see, it has this very faint, essentially invisible wash of red on its lower belly. No birder alive has ever seen it in the field. Apparently you can see it in museum specimens. Also occasionally in photographs, if the light hits it just right. Also it’s more of an orange than a red.”

“So it’s the bird’s most prominent feature? It must be really plain otherwise.”

“No, it has bright red on the back of its neck.”

“So there’s a bunch of other woodpeckers named red-naped, red-cowled, red-shawled, that kind of thing? All those names are already taken?”

“So it’s distinctive, then? Other woodpeckers don’t have red bellies at all?”

“So a red belly is unique in America? Or in its genus?” 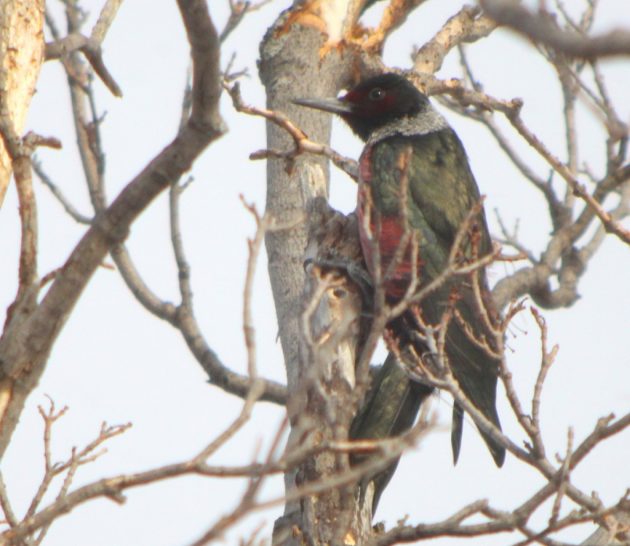 “So it must at least distinguish it from very, very similar species?”

A Colorful Finch in Colorful Colorado