Starlings have a bad rap. This is perhaps almost entirely due to the Common Starling, a species that is, over much of its range, an introduced pest. If Common Starlings haven’t been introduced somewhere then Common Mynas almost certainly have, and they are also invasive and destructive little menaces, and by dint of taxonomic association, kin. Even where Common Starlings are not introduced, their homeland of Europe, they are hardly loved. Where the common Blue Tit or European Robin has won many people over, familiarity has bred for the starling nothing but contempt.

This is grossly unfair. Starlings and mynas are adaptable, attractive and clever species. And they have done well for themselves. One must travel to Africa and Asia to marvel at their diversity, and it is in Africa that you may come across one attractive species, the Red-winged Starling. Cape Town in South Africa is a great place to see this species, as like Common Starlings it is happy to associate with people and I was able to get nice and close to them as they tried to steal chips on the top of Table Mountain. The species is omnivorous, eating fruit as well as insects and small reptiles, as well as happily entering buildings to scavenge on, for example, food waste left by messy students. The red of the wing is visible here The ashy-grey head of the female. I encountered these Red-winged Starlings at the Cape of Good Hope National Park, a lovely park for Bontebok, Ostriches, nesting Cape Cormorants, Malachite Sunbirds and Cape Sugarbirds. Worth a visit if you are ever in Cape Town! The famous Cape of Good Hope 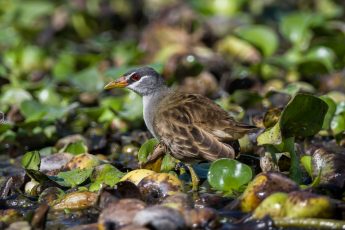 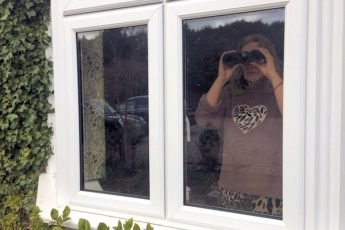 « Previous post
Clark’s Grebes Were Once Considered a Color Morph of the Western Grebe
Next post »
Catching the End of Migration on the Hugh S. Branyon Backcountry Trail