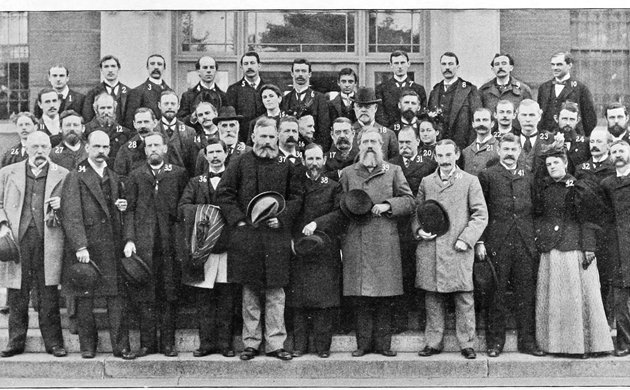 Zach Schwartz-Weinstein is a writer, teacher, organizer, and birdwatcher who lives in upstate New York.

The ornithological practice of naming species after dead white people — almost universally dead white men, with the exceptions of Lucy’s, Grace’s, Virginia’s, and Blackburnian Warblers, (which are named for dead white women) is fundamentally an index of ornithology’s complicity with the history of European imperialism and settler colonialism.  This is the same history of conquest and despoliation which now puts many of these very species in danger of extinction. We should stop naming birds, especially non-European birds, after European and Euroamerican naturalists and scientists, especially if we are committed to making the worlds of birds and birding accessible to more people than the demographics that produced the Audubons, Wilsons, Stellers, and MacGillivrays.

The racial politics of bird nomenclature are on the minds of many these days, thanks to a proposal authored by Robert Driver to amend the American Ornithological Union Checklist to change the english name of McCown’s Longspur.  John Porter McCown, who shot the first recorded specimen of this species known to Euro-American science, was a Confederate general, a high-ranking officer in the insurrection led by the southern plantocracy to preserve and expand Slavery and the mode of white supremacy which it supported.  Prior to serving in the Confederacy, Driver notes, McCown played leading roles in genocidal campaigns against indigenous peoples on the US-Canada border and against the Seminoles in Florida. “This longspur,” Driver writes, “is named after a man who fought for years to maintain the right to keep slaves, and also fought against multiple Native tribes.”

McCown is an extraordinary case.  Most of the white people birds are named after are not directly culpable in settler colonial genocide and militarized white supremacy, or certainly not as culpable as McCown.  But this proposal nevertheless sheds light on a broader problem: the practice of naming birds after white people inscribes the history of settler colonialism and indigenous disposession onto nonhuman animals, paralleling a similar writing of the Lockean logics of what the legal scholar Cheryl Harris has called “whiteness as property” onto the geography of the so-called New World, onto the very landscape itself.  To name something is to have knowledge of, and ultimately power over it. Naming after, naming for, is a peculiar kind of gesture – it exercises power both in the way it writes over other possible names, and in the way it assigns particular names — names of white people — to things (and places) which more often than not have other, older names.

This writing of conquest onto the so-called natural world is an example of what the late Peruvian sociologist Anibal Quijano called the “Coloniality of Power,” a concept Quijano coined, and which many others have adopted, to describe the fundamental role colonialism has played in organizing modern social life and knowledge.  It naturalizes the presence and dominance of men named Lincoln and Lewis and Clark and Cook and Townsend and Swainson and Cooper and Wilson and Baird and Franklin and Lawrence in North America, it reinforces the masculinist, imperialist myth of European exploration of the uncivilized frontier, and it obscures and forgets the profound violence those narratives mask and themselves do to the ongoing struggles of the descendants of the people who lived on this continent before Cassin and Brewer and Harris and Audubon. 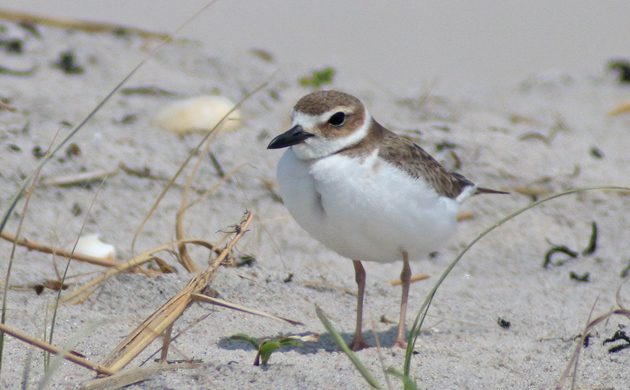 So, a proposal: let’s stop naming non-European birds after people of European descent.  Let’s not, as has also been proposed, then, rename Saltmarsh Sparrow to honor Roger Tory Peterson, great though his impact on birding may have been.  Let’s rename McCown’s Longspur immediately, but let’s also start renaming all of these other birds in accordance with distinctive features, behavior, or habitat.  Where and when possible, we should use indigenous names. I propose this not out of the misguided notion that doing so will magically alter the ongoing social and cultural logics of domination and exploitation around which colonialism organized the globe.  It won’t. But maybe it’ll help us remember that birds exist in relation to us, remember how their histories are our histories, and remember the ongoing histories of dispossession and violence which underlie even seemingly innocent activities like watching birds.