Few issues of our day are as huge, in scope or in implication, as climate change. The task of wrestling this topic down into something that the human mind can manage, without losing sight of the big picture because it’s snowing in Buffalo, is likely to be the task of a lifetime for many science communicators. All sorts of tools are needed in this work, from highly technical reports to novels and popular nonfiction, and from localized accounts to vast overviews. Winged Sentinels: Birds and Climate Change falls squarely in the middle of this range: while it is unlikely to be picked up for beach reading, it is written at a level suitable for an undergraduate student or informed layperson. And while its focus is narrow in the sense that it is a book about birds, it is nevertheless wide-ranging in its consideration of the implications of changes to weather patterns, land use, and the phenology of the food webs birds depend upon.

The book opens with an engaging description of a colony of Southern Rockhopper Penguins, whose plummeting numbers may be attributable to warming ocean temperatures. From there, we learn of the effects of season creep on Great Tits and winter moth caterpillars in the Netherlands, the increasing gap between male and female migration dates in Africa-wintering Barn Swallows and the lengthening migration of Barred Warblers as their breeding grounds shift north. The authors discuss the possible fate of dabbling ducks in the prairie potholes of North America as suitable moisture level shift eastward into more heavily human-populated regions, and the threats to Ivory Gulls as the Arctic sea ice thins and ocean surface temperatures rise. They ponder the population dynamics of Eurasian Golden Plovers and the impact of increasing cyclone activity on Mourning Warblers, among many other ornithological topics. In short, they turn their attention to every facet of bird existence and examine the current research minutely for evidence that avian life is being impacted by rising global temperatures and the knock-on consequences thereof.

Throughout, the authors are thorough and frank about the ongoing, sometimes speculative nature of the research involved in discovering these links – which is both good science and, hopefully, an encouragement for students and amateur naturalists to get involved in answering these questions. In the concluding chapter, they explicitly call for more involvement by volunteer ornithology networks, especially in the tropics where fewer amateurs in the field have access to online tools and organized support. And speaking of online tools, in recognition of the expanding nature of their field, the authors have also created a Winged Sentinels blog that follows the issue of birds and climate change (as well as promoting the book.)

If I have any complaints, they lie not in the information but in the way the information is presented. On the whole, the book is concise and easy to understand, and it is generously illustrated with color photographs and diagrams – no issues there. However, the reasoning behind the organizational scheme of the chapters is somewhat obscure to me – though each builds on the information previously presented, there is a degree of repetition and overlap that sometimes threw me off. Perhaps this is just the nature of the beast when dealing with nature and beasts – they do not, after all, fit into neat mental boxes – but I can’t help but wonder what might have been had the authors chosen to order their information not by the high-level concepts they chose, but by bird life-cycle stages or by regions. In
addition, and in part because of the authors’ very right and necessary scrupulousness, the more poetically descriptive passages sometimes fall short for me style-wise. But this is unlikely to impact the real value of the book for its target audience of field naturalists and conservationists.

On the whole, if you consider yourself one of the above, you should consider adding this book to your shelf. 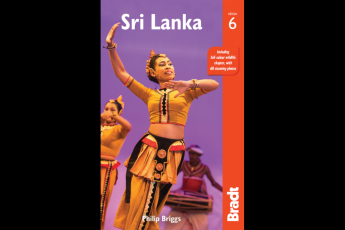