There are some absolutely gorgeous photos of birds in Scott Leslie’s Woodland Birds of North America. The

book, which is billed on the cover as “A guide to observation, understanding, and conservation,” has at least two pictures of almost every one of the nearly 100 species described in it (nearly 200 pictures altogether). It is not, however, a field guide, but more of a hybrid between a field guide and a list of species accounts. If you want a book to help you identify birds this is not the book for you but if you want a book with pretty pictures of birds and some interesting factoids this book is perfect. Not that I am knocking the book: I enjoyed reading through it and some of the features, like a section on the conservation status of each species, are genuinely useful, but it is not a book meant to be taken out into the field to use to identify birds.

Well, what is the book for then? In his preface Leslie says “I hope this book succeeds as an effective guide to the life histories of many of our woodland bird species…” It does succeed at that for the birds that are included but it is far from comprehensive and has a pretty strong bias towards northeastern North America, which only makes sense as Leslie hails from Nova Scotia. At times as I paged through the book I wondered if the point of it was simply to provide Leslie a platform from which to share the photographs of birds of which he has managed to get decent images.

For example, the thrushes included in the book (American Robin, Hermit Thrush, Veery and Bicknell’s Thrush) all occur in the northeast, and only the robin and Hermit Thrush are continent-wide. No Varied Thrush for the westerners, and, even more puzzling in a book on woodland birds, no Wood Thrush! The only thrasher included in the book is the Brown Thrasher, another eastern bird, and the only mimid that occurs on the west coast that is included is the Northern Mockingbird. Being a birder on the east coast I can understand how a bird photographer can lack pictures of western mimids (I’ve only ever seen a California Thrasher), but the book is billed as a guide for all of North America. A further odd selection, and one that disproves my perception of an eastern bias in the selection of species, is the only two wren species included, Bewick’s Wren and Canyon Wren, both western species. I don’t think of Canyon Wrens as woodland birds but I certainly think of Winter Wrens when I think of a wren I would likely see in the woods.

But any book that does not include every bird is going to leave out something and the selection of species included is always going to upset someone. How are the birds that are included handled? Each species account starts with a picture and a sentence that gives a brief outline of what the bird is best known by. Then sections on appearance, habitat, behavior, calls, food, family life, migration, conservation concerns, and related species, each ranging in length from a sentence to a paragraph, are included, often with a second picture. A seemingly accurate (at least for the birds I know) range map for each species is also included and some species get a conservation status map, which details where the bird is doing well and where it is declining or extirpated.

The photos selected are all crisp and clear, and some are outstanding. Several species that tend to visit feeders are illustrated with nice flight shots, and, of those, the two American Goldfinches battling in midair are surely a crowd pleaser as are the shots of Black-capped Chickadees coming in for a landing. Many species, like the Wilson’s Warbler or Downy Woodpecker, are illustrated with pictures of both males and females, allowing one to get an idea of what each looks like without having to read the text, others, like the Purple Finch, in which the males and females are drastically different, only include pictures of the male. I would also have like to see both juvenile and adult White-crowned Sparrows instead of two shots of an adult, and it would have been nice to see a shot of the tan form of White-throated Sparrow instead of two shots of the white form.

Of the other features in the book, well, the descriptions of different forest types are very appreciated by this birder, and, if paid attention to by novice birders, will help them narrow down the species that are likely in specific types of forest. The two sections on selected woodland birding areas (one for the U.S. and one for Canada) are, I think, included as filler. I just can’t see someone picking up the book and deciding to go birding in one of the listed locations based on the fact that it is in the book. The index is comprehensive and easy to use and the single page on internet resources includes some good sites (but no blogs).

Now the important question…should you buy this book? If you already have an extensive library of bird books it certainly can’t hurt to add this one to your stacks. Don’t expect it to replace a field guide but it could come in handy as a reference if the bird you are trying to learn more about happens to be included. If you don’t have a lot on your shelves, well, if you are looking for a field guide this is not it. If you are looking for a comprehensive guide to bird behavior this is not it. If you want a book that has good pictures of a wide range of woodland birds and you don’t mind if some birds you will see are not included, well, this book will work for you.

Woodland Birds of North America is 352 pages long and was released in 2008 by Key Porter Books. 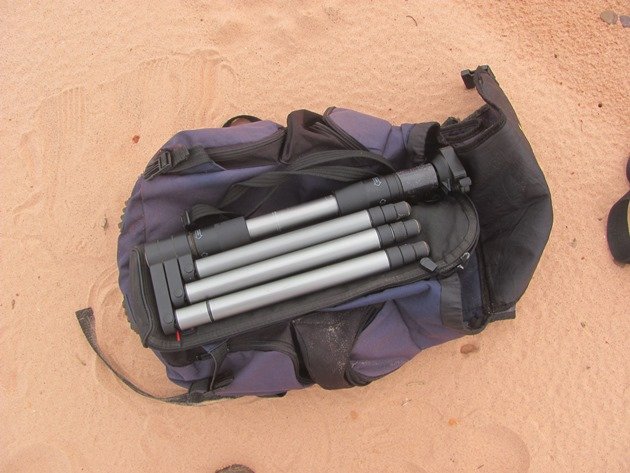