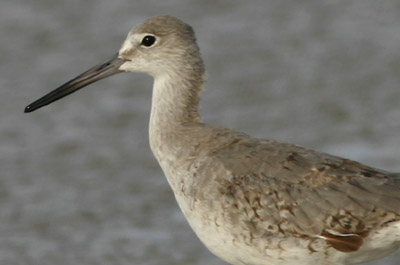 Business brought me down to central New Jersey yesterday, so I thought I’d cap off the day by dropping in at storied Sandy Hook, part of the magnificent Gateway National Recreation Area. Gateway NRA is the same parks complex that includes Jamaica Bay Wildlife Refuge, so you know that if the name is Gateway, it’s got to be good, at least as far as birding goes.

My goal was to get my eyes on some shorebirds. After all my recent talk about plovers, it wouldn’t hurt to actually lay eyes on one or two. Sandy Hook is very good for plover species, including the endangered Piping Plover. Alas, evening is not the best time to seek these birds out. Stopping at the unappetizingly-named Spermaceti Cove yielded only a single Willet playing in the waves, while the beach further to the south held a small squad of Sanderlings.

Other birds appeared in greater numbers, particularly Mourning Doves and American Goldfinch. Certainly, there was no shortage of gulls; all the eastern locals turned up, but glowering Great Black-backed dominated. No terns turned up though.

Now is a good time to catch fall migrants to. In the fading light, I also picked out some Black-capped Chickadees, Cedar Waxwings, Northern Mockingbirds, and Northern Cardinals, some of which may be staying, others going. It’s hard to say with such adaptable species. One bird that I know won’t be sticking around for winter is the Black-billed Cuckoo, my best sighting of this brief excursion. Transfixed by its withering garnet gaze, I couldn’t look away for a second, not even to raise my camera. After really taking in this cuckoo, I could see that strong family resemblance with roadrunners. Sometimes, just looking is better. 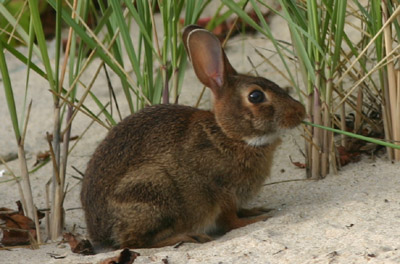