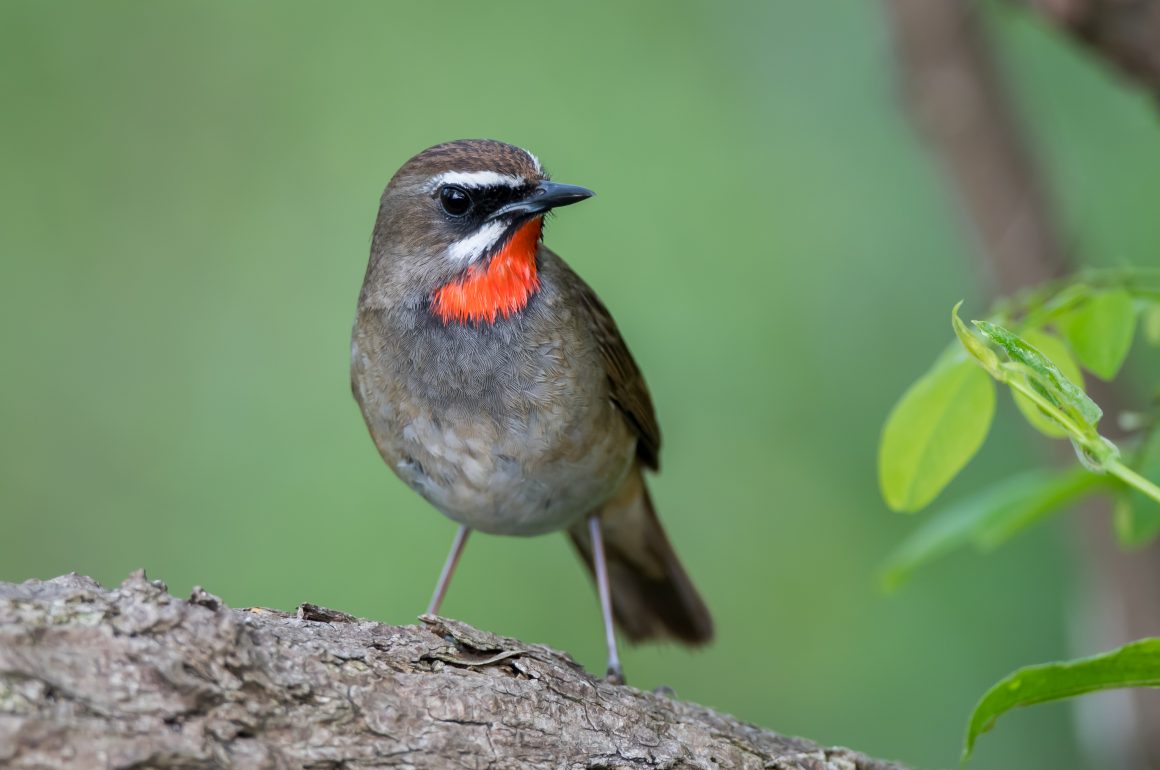 In April, many birds come to Shanghai, stay for a day or two and decide to move on. As all my cats are indoor animals, I do not feel particularly responsible or guilty for this. Still, it makes you wonder whether staying in Shanghai all year really is the best decision. Maybe the birds know something.

On the other hand, in April, some other species start breeding here in Shanghai. No government restrictions on the number of chicks for Little Egrets, so it can get crowded in the nests.

Interestingly, these heronries frequently seem to be near highway exits – either because these relatively ugly places are less likely to be disturbed by humans, or because this shortens the commute of those birds working in downtown offices.

On Tianmashan, a little bird pool (with attached restaurant) has had few visitors this month. Only some Tristam’s Buntings have used it with any regularity.

On Chongming Island, the Japanese Night Heron (see my previous post) stayed for a few more days, allowing me to get photos of the bird in its somewhat more attractive dry condition.

Nearby, two Grey-headed Lapwings have apparently decided to stay in Shanghai and start preparations for breeding.

The fishponds and coastal rice paddies on Chongming have attracted some shorebirds – though they also are not convinced of the longer-term benefits of living in a big city, and thus will leave again soon.

The Pacific Golden Plover “is an aristocrat among birds”, according to Gabrielson and Lincoln (1959), The Birds of Alaska (as found on HBW). Not sure the photo I took fully justifies this claim.

In contrast, Temminck’s Stint has cuteness going for it …

The main action (unfortunately, also with regard to tourists), however, is at Nanhui.

… And Oriental Pratincole with its lovely lipstick-like red gape, see my usual rubythroat remark further down in this post.

A flock of Black-faced Spoonbill has gathered at coastal fishponds, some already in breeding plumage, others probably still too young to get alcohol served at a bar.

The Eurasian Spoonbill is much more common globally, but not so at Nanhui.

If you like the combination of yellow and black, it is hard to beat the Narcissus Flycatcher.

Then there is Siberian Rubythroat, still reminding me of Robert Smith. Long live The Cure.

Chestnut-cheeked Starlings show a slightly more eccentric combination of colors, with reddish cheeks, some white and glossy purple and green. Somehow these colors reminded me of Russian folk dolls, but when I just looked these up, I did not find any resemblance whatsoever. Hm.

Black-collared Starlings have become much more common in Shanghai in the past few years.

The German word for Wryneck (Wendehals, which basically has the same meaning as indicated by the two English words the English name is composed of) is – interestingly or not – used metaphorically to indicate somebody adapt at shifting his or her opinion according to prevailing fashions.

The Asian Stubtail is the hobbit of the bird world, hopping around in the undergrowth. Cute.

Migrating raptors are relatively rare at Nanhui. A pity, as many of them are smart-looking like this Grey-faced Buzzard.

Male Bramblings also dress up sharply in this season.

Crowded beaches do not seem to disturb these Dunlins. Definitely not soulmates of mine.

This Brown-headed Thrush is trying to pull off the daring color combination of brown and orange, maybe in an effort to cash in on retro chic. I am afraid I think it is failing.

It should learn from this Japanese Thrush. Of course, looking stylish in black and white is easy.

A male Red-flanked Bluetail, also known as the orange-flanked bush-robin, a name that seems to be more appropriate. Is it so difficult to see that the flanks are orange, not red?

And here is the obligatory (for Nanhui) Reed Parrotbill.

I am very impressed how well this Richard’s Pipit seems to be aware of its own color and how well it matches with its surroundings.

The Whimbrels do not join their smaller relatives on the sod farm but prepare to stay at the seaside. No danger of stumbling over people trying to upgrade their golf courses here. 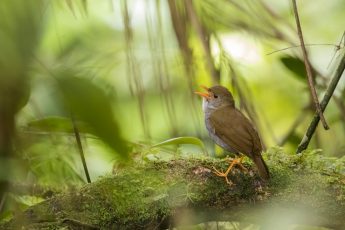