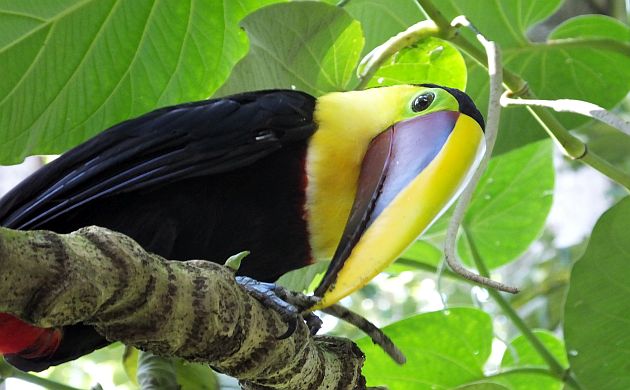 It’s 2017 and we have reached the halfway point. If you are doing any sort of year list, you know what I’m talking about and also know that now is the time to take a moment, count up the species, and go over strategies to reach those birding goals for 2017. They can be easy, they might be a challenge, or they may even require super human feats of extra ambition but however those goals might be categorized, make plans now because we have reached the downhill side of the year birding spectrum. As I bird towards December, I’m feeling good about my goals because they don’t require any degree of lottery winning luck, and I have already made some serious bird counting strides during the first six months.

As with any region endowed with bio-rich tropical habitats, the more time you spend in Costa Rica, the more birds you end up seeing. Even though this place is the size of a fairly small state, the chances at additions to the year list seem to never run out because so many birds are possible and at least 25% of them can be pretty hard to come by. There are the true vagrants like the Ring-billed Gull I saw earlier this year, my first for Costa Rica (I know, you might see them in parking lots but for here it’s kind of like seeing a Slaty-backed Gull in New York), and one that I would be seriously surprised to see again this year or even for the next five years. The rarity list also includes birds that are resident but are also just super hard to find because they either have very small populations in less accessible places, and/or have super unfriendly behaviors that keep them hidden all the darn time. I know, so they evolved that way to stay alive but it would still be kind of nice if a Tawny-faced Quail would give a call or two when I happen to be in its lowland rainforest neighborhood. So, needless to say, I still need to get that bird in Costa Rica and do no expect it any time soon, but from January to June, I did manage to find a fair number of other species, both the friendlies and anti-birder skulking ones.

Friendly birds include most of the tanagers, toucans, Crested Guan, Great Tinamou, kite species, wood-rails, and so many other birds that are fairly easy to see while birding in Costa Rica over the course of two or three weeks. 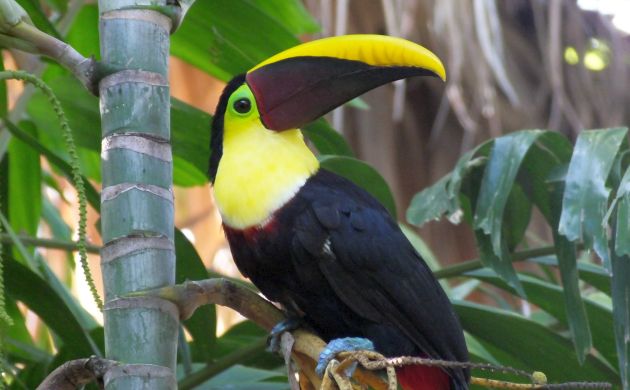 Although the Yellow-throated Toucan is far from friendly to other birds during the nesting season, it lets birders see it no problem. 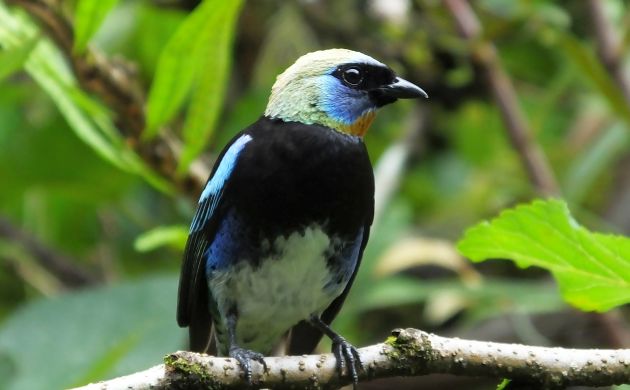 Golden-hooded Tanager– friendly and oh so easy on the eyes!

Of course, while we see those friendly, expected common species, sharp eyes and ears also pick up uncommon birds. Many of these species are ones that you hope to identify sooner rather than later because they just aren’t reliable during a Big Year home stretch. With that in mind, I am felling super satisfied to have already seen Sunbittern, Sungrebe, Central American Pygmy-Owl, and Yellow-eared Toucanet. Unless you go to the right places and/or get lucky, all of these can cause trouble with the year list. The Sunbittern was glimpsed from the car as we crossed a bridge over a small, rushing stream. 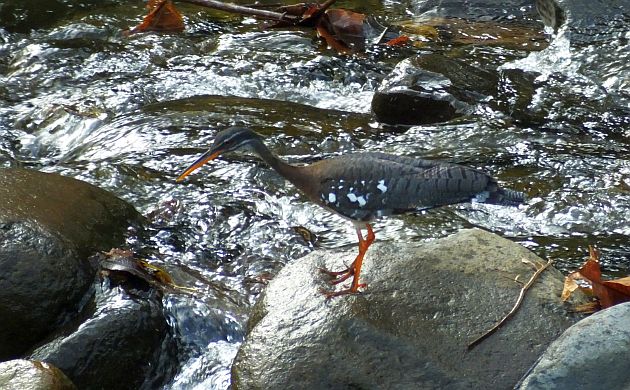 It barely stayed long enough for a picture or two.

The Sungrebe showed at Cano Negro and the other expected site for it, Tortuguero. 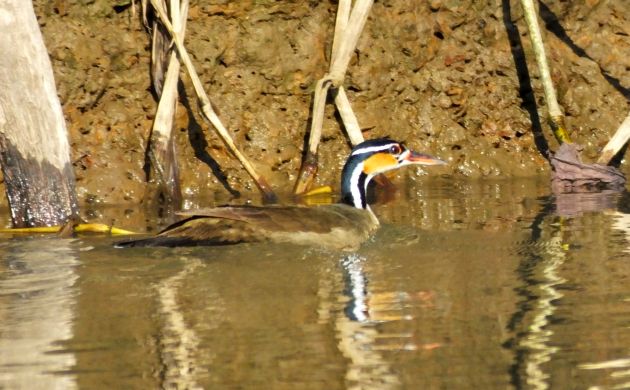 Not a grebe but a finfoot!

The pygmy-owl and toucanet occurred at El Tapir and even perched in the same bare tree during a very fortunate day of guiding. We also had Snowcap that day and Lattice-tailed Trogon although those local species are very much expected at that site.

As for rare birds, other than the gull, I don’t recall any megas. Rufescent Tiger-Heron during the Global Big Day was an excellent find as was Reddish Egret at Tortuguero, and calling Lanceolated Monklets at La Marta but believe it or not, in Costa Rica, all of these are less of a challenge to see than a french fry eating Ring-billed Gull. You still have to go to the right places at the right time of year but they are certainly more reliable than chancing on a very rare gull. Nevertheless, some other rare or tough resident species of which I am very pleased to have already seen or heard in 2017 include White-crested Coquette, Rufous-necked Wood-Rail, Uniform Crake, all of the swifts except for the super mega vagrant Greater Swallow-tailed Swift, Mangrove Hummingbird, Rough-legged (Zeledon’s) Tyrannulet, Masked (Chiriqui) Yellowthroat, Costa Rican Brush-Finch, and Tricolored Munia. 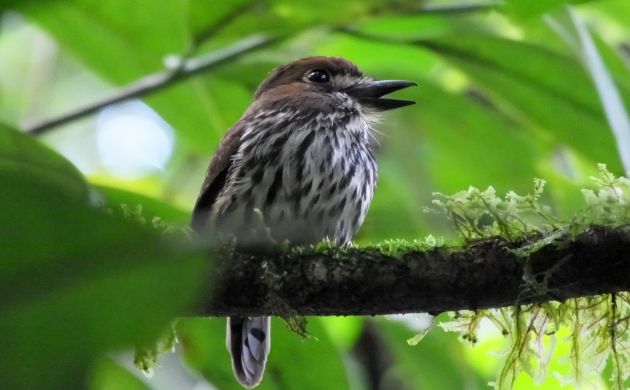 The one and only Lanceolated Monklet. Not only does it have an evocative name, this small puffbird also looks like a plush toy.

Going over my list of 617 species, come to think of it, I am still missing a lot of uncommon yet expected species. Since I hope to hit 700 species before December 31st, this is very welcome news! Now, all I need to do is make sure I have enough time to bird more in high quality cloud forest, hike a long trail near an erupting volcano to see three local sparrow species, visit a couple corners of the country to see Bran-colored Flycatcher and some other local species, and keep ticking year birds right up to the end. If I do that, I should reach that 700 mark over the remaining six months.