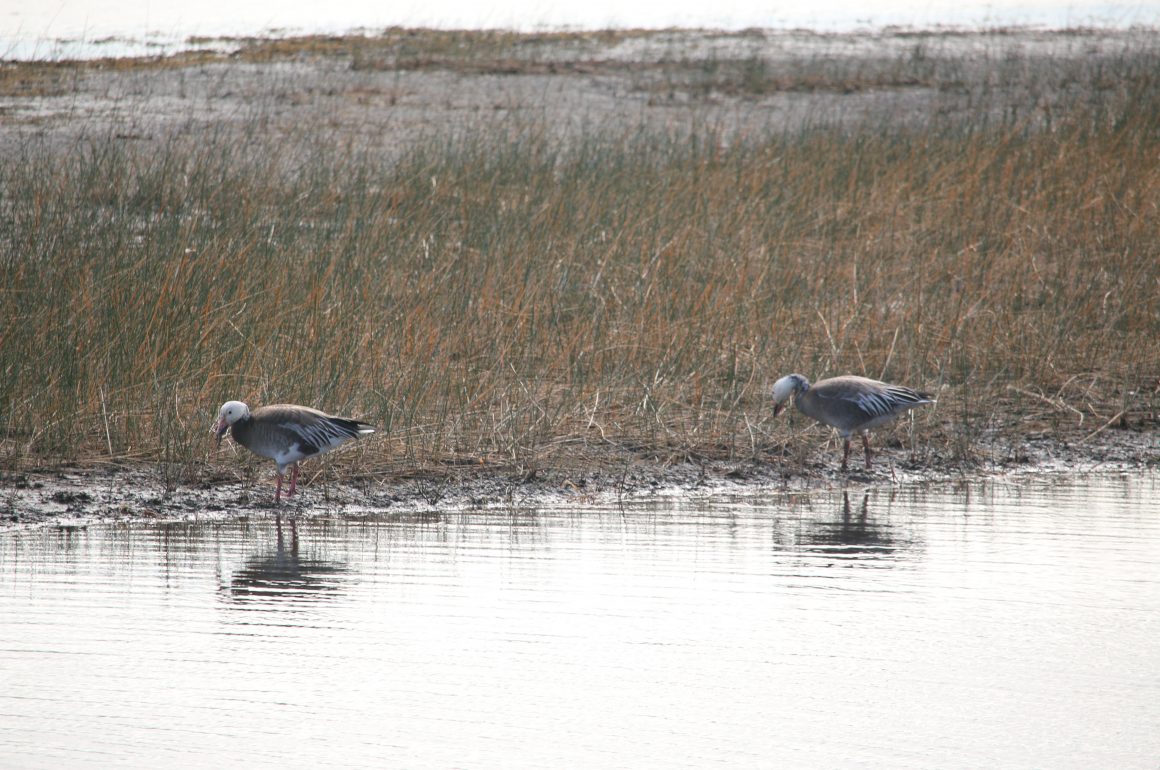 By their very name, most would assume you can’t spot Snow Geese in Florida. The Sunshine State isn’t known for its massive snow drifts, nor for the massive flocks of Snow Geese that grace states like Texas and New Mexico every winter.

Of course, Snow Geese are named for their appearance, not their proclivity for frozen places, and every year birders do spot the occasional white waterfowl. 2020 was that year for me!

I arrived at St. Marks National Wildlife refuge in search of water birds – ducks and mergansers in particular. Every year they migrate down to this Gulf Coast protected area, giving me the opportunity to observed Redheads, Hooded Mergansers, scaups, Ring-necked Ducks, and more.

Driving slowly along the refuge’s winding road, I spotted a group of cars pulled over on the shoulder. Huddled together, these birders – given away by their fantastically long lenses – took photo after photo after photo of a clump of marsh grasses. I had to see what had arrested their attention.

Parking in a nearby pull-off, I shouldered my own camera (though with a much smaller lens), and walked carefully towards them, both to maintain social distancing but also to avoid scaring the bird. 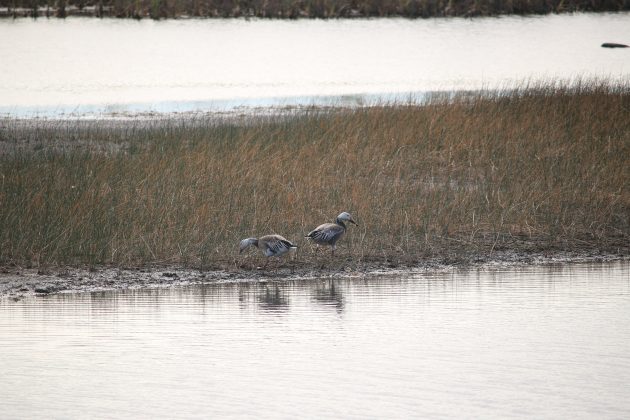 Two Blue Morph Snow Geese feed at the edge of the marsh.

Or, as it turned out, birds. Two Snow Geese fed at the edge of the water, oblivious to the fans they had gathered. Both bore the darker colorations of the Blue Morph gene, but it was impossible to mistake the species for anything other than a Snow Goose. A huge smile spread across my face.

I love Snow Geese. I loved them where I first found them at a refuge in North Carolina, I loved them at Bosque del Apache in New Mexico, I loved the single goose I spotted in an agricultural field outside of Tampa, standing next to a Sandhill Crane, and another singleton sitting in the midst of a Canada Goose flock in a Maine meadow. I love them so much my boss gifted me a Snow Goose holiday ornament.

A View from the Bridge