Last month, I wrote about hypothesized relationships between passerines, parrots, falcons, and seriemas, noting a need for further research on the subject. The post stimulated some great discussions but not really any additional commentary on the science behind these proposed relationships.

But later in August, Alexander Suh at the University of Münster emailed me about a new paper he and his colleagues have just published: Mesozoic retroposons reveal parrots as the closest living relatives of passerine birds (PDF).

Suh et al. took a new and very interesting approach to the question. Instead of looking at mitochondrial and nuclear DNA sequence data, they looked at retroposons, or sections of DNA inserted into the genome in new places after being reverse-transcribed by RNA. (Retroviruses, like HIV, work this way, sometimes with very harmful results.)

So quick and dirty analogy time: You are given a page of text to copy. You copy it, and give it to three people with the same instruction. Persons 1 and 2 copy the page exactly and each give it to three other people. Person 3, however, adds a word somewhere in the page and then passes it on to three other people. Now, you collect the nine pieces of paper from the last generation of copiers. You will be able to tell who copied from Person 3 because their papers will contain the inserted element.

This relatively new technique has been used to study relationships among and within several groups of mammals, including lagamorphs (rabbits and hares), rodents, and cetaceans (whales and dolphins), but I couldn’t find many references to its application in avian systematics yet. Proponents of the technique tout it as “virtually homoplasy-free,” by which they mean that a purely random insertion into the vastness of the genome cannot reasonably be expected to occur twice in precisely the same place and that therefore, retroposons can be more reliable indicators than molecular sequence data and morphological characters, both of which can be similar or identical due to convergence or possibly just chance (homoplastic).

Not everyone entirely agrees with this assessment, but more on that in a moment. Suh et al. found support for several major clades of birds on which scientists have reached agreement in recent years, and they also found seven retroposons unique to a clade containing falcons, parrots, and passerines but absent in groups traditionally thought to be more closely related to them (hawks, woodpeckers, etc.). And beyond that, they found three retroposons shared only by parrots and passerines, providing, in their words, “statistically significant evidence of parrots as the living sister group of the Passeriformes.”

They go on to point out that both parrots and most passerine lineages learn their vocalizations, a feature that potentially also unites them as sister clades, which is a fascinating observation I had not considered.

The paper sparked a discussion on the Dinosaur Mailing List. One commentator pointed out that scientists are still learning how to study retroposons and that therefore, we may not fully understand them yet. There is evidence that their insertion is not entirely random, which means that the “virtually homoplasy-free” claims may or may not hold up as we learn more about how retroposons work.

UPDATE (Sept. 10, 2011): But see Alex Suh’s detailed response to the Dinosaur Mailing List. He argues that criticisms made in the post linked above apply to indels and transposons, not to retroposons, but that even so, to allow for the remote possibility of homoplasy, only three or more retroposon markers are considered to be statistically significant. He also reiterates a point made in the paper: That some retroposon markers showed irresolvable patterns, but others (including those supporting the falcons-parrot-passerine relationships) are clear.

Retroposons may not be phylogenetic silver bullets (which is too bad, because I think that’s a much catchier name), but it’s clear that they provide a powerful lens through which to view birds’ relationships and in some cases, with additional work, may help resolve some long-standing questions about higher-order relationships in the avian family tree. 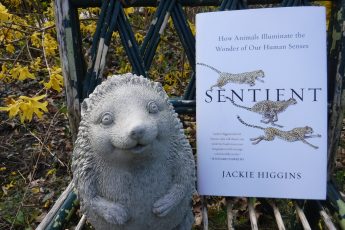