Ok, so just to prove that you can do birding anywhere and anyhow, check this out. Two of my favorite pastimes are birding and surfing. Even though I’m probably more accomplished at other pursuits – like table-tennis! – these are my mistresses. These are the two things I like to do more than anything else. When I tell my wife I’m going to the post-office and grocery store , I’m more than likely going for a surf. When I tell her I’m working at the office for the day, I’m probably going birding. These adulterous sojourns are constantly getting me into trouble. Especially when I return with no groceries.

Trying to engage in both pastimes at the same time may be asking for trouble. Especially when the two are not exactly complimentary when it comes to equipment use. But I believe that, not only is flirting with two mistresses at the same time possible, but it may just be a tad exciting too! Living 5 minutes from the ocean offers up a pre-requisite for the one pastime – waves. And exciting opportunities for the other – seabirds. But one thing is REALLY good for both and there is no shortage of them during the fall in Florida. Storms. Hurricane Sandy that brushed up the east coast of Florida was one such example. During and after these storms are generally the best times to scour the horizon for seabirds. Lake Worth Pier and Boynton Beach Inlet on Florida’s east coast are really fantastic vantage points to look for scoters, Northern Gannets, Band-rumped Storm-petrels, Audubon’s Shearwaters and the nice variety of gulls and terns. But when I’m not on the piers looking for seabirds I’m generally in the water surfing and this is when its possible to combine both pastimes.

On numerous occasions I have come across strange birds bobbing tantalizingly out of ID range. When this happens, surfing ceases and birding takes over for a while as I paddle towards the suspect. One time I was surfing some choppy waves after a particularly strong south-easterly wind that had been gusting for a week. Noticing a black bird beyond the breaking waves that looked unusual, I paddled over for a closer look. A coot. Now I had never seen a coot in these waters and since the wind had been blowing directly from the Caribbean all week, it was unlikely that a Florida bird had flown against the strong wind and out to sea. Thinking a possible Caribbean Coot I paddled in, got my waterproof point-and-shoot and paddled back out to try snap a few pics. Photographing birds from a surfboard is a challenge to say the least. First, you have got to get the camera out through the surf without losing it. Then you have to try paddle one-handed over to the wary bird. Then, the hardest part of all, you have to try snap a shot before the bird disappears into another wave trough. Exhausting stuff! And the end result? A less than perfect image that leaves no doubt as to the bird’s identity – an American or Caribbean Coot! You see, Caribbean Coots are virtually identical to American Coots except for their all-white frontal shield. But a very few American Coots frustratingly display this characteristic too, making a positive identification nearly impossible.

After Hurricane Wilma in 2005, I was walking up the beach after a good surf when I stumbled across an exhausted Brown Noddy lying in the wrack-line. The bird was too tired to move and allowed a really close approach. When I returned later in the day the bird had recovered somewhat and was perched further down the beach on an exposed perch. Then most recently – after and during Hurricane Sandy – I came across a nice variety of birds seldom seen close to shore here. As Sandy hovered over the Bahamas, we got some really strong north-easterly winds for a day. The surf was huge and unrideable. So I ditched my board for bins and walked down the beach. I was not surprised to find two Sooty Terns battling the hurricane-force winds as they tried time and time again to head back out to sea. The birds were still there the next morning, clearly still struggling to make it out to open water. Then, just after the storm had passed and was headed for its devastating land-fall further up the coast, I was out surfing when I noticed a sea-duck beyond the furthest breakers. I again paddled in and grabbed the waterproof camera to try snap a few pics. I got close enough for a few nice ones of a Black Scoter, a bird I normally only see through a scope far out at sea and in most cases too far to positively ID.

A female Black Scoter at Lake Worth Pier

In the wake of Hurricane Sandy, I’m sure we can all agree that nobody should welcome the devastation of these powerful storms. And personally, my heart and prayers go out to all affected. But they do bring wonderful benefits to the lives of surfers and birders everywhere. And perhaps just a few surfer-birders. And for that, I’m truly grateful. 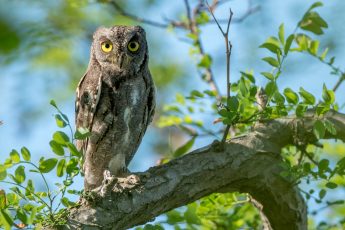 « Previous post
What do you get a bird-lover who has everything?
Next post »
I and the Bird: Give me your Cormorants