November 17, 2015 by Erika Zambello No Comments 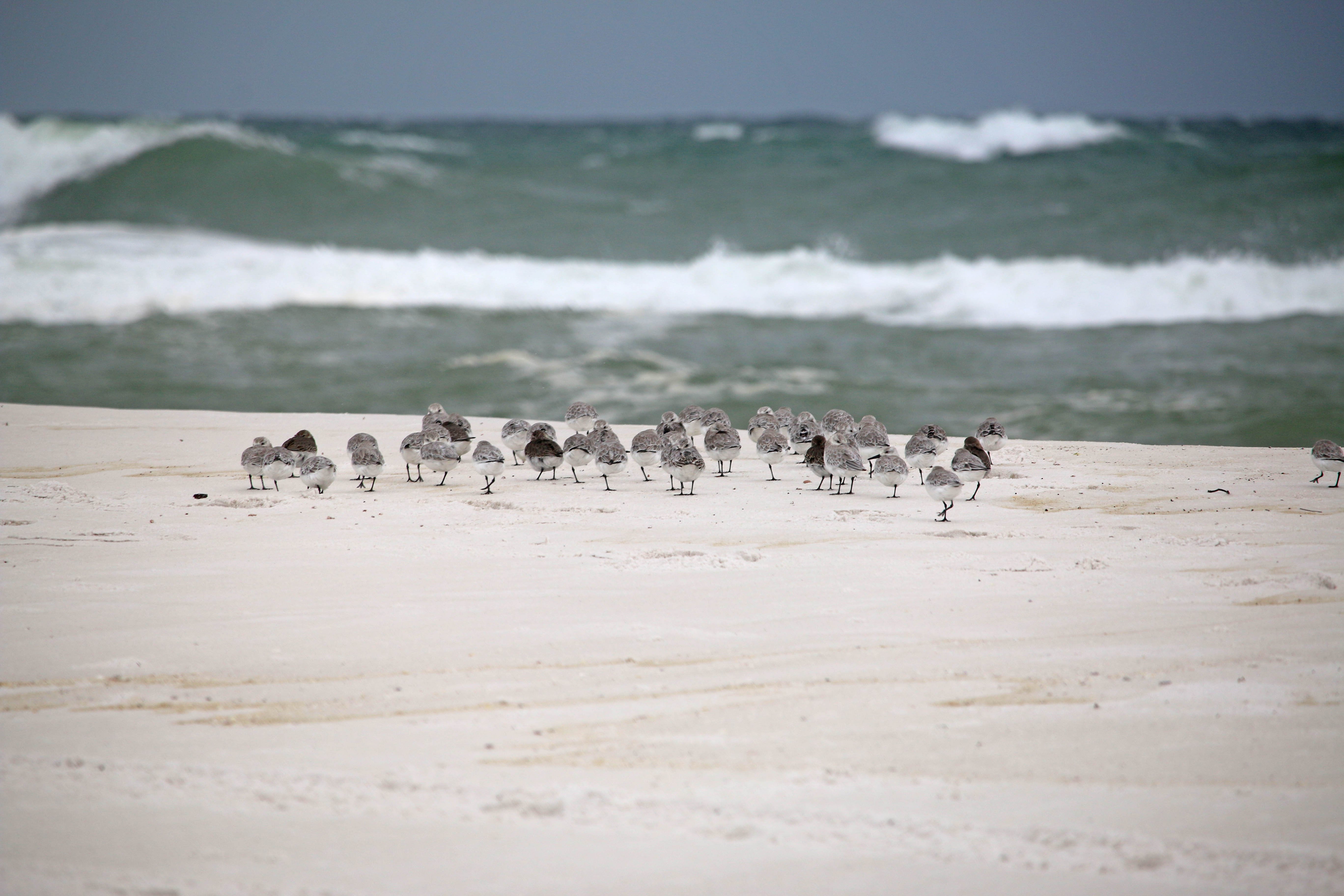 Storms can be fierce on the barrier Islands along the Florida Panhandle. Hurricanes are a very real possibility, but even without events of that magnitude squalls and thunderstorms kick up high winds and waves that batter the shoreline. I’ve always wondered what the peeps and small shorebirds do during inclement weather, and in the last part of October I was able to see for myself.

I was on the beach facing the Gulf, near the border between Pensacola Beach and the Santa Rosa area of the Gulf Islands National Seashore. In calm conditions, the water here is a brilliant emerald green, while the sand is so white and fine that it literally squeaks when I walk through it and is constantly compared to sugar. Rolling dunes border the water both on the Gulf and the bay side, giving the whole landscape a very unique topography. Still, when storms hit there is little between you and the elements. Dunlin covering up against the wind

During this particular weather outburst, winds whipped hair around my face and the sand blasted against my bare legs, actually stinging in particularly strong gusts. My parents were visiting, and though we wanted to see birds, we really were expecting to see nothing. Boy were we wrong.

There were hundreds of shorebirds! By far the most common were Sanderlings; when they weren’t actively feeding at the edge of the crashing waves they huddled together, along with a handful of Dunlin. They tucked their heads under their wings or carefully faced the wind, letting it pass over them instead of knocking them down. As we walked up and down a short stretch of beach, we passed three or four of these tight balls of birds, the high population numbers alone speaking for the high habitat quality within the Gulf Islands National Seashore. A storm on the Emerald Coast

I may have been having trouble against the wind, but their strategies looked like they were working! I have to say I left the island with more confidence in the little birds, and more impressed by their fortitude. 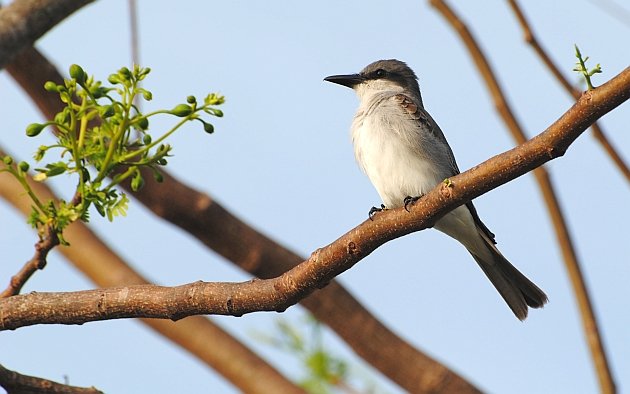 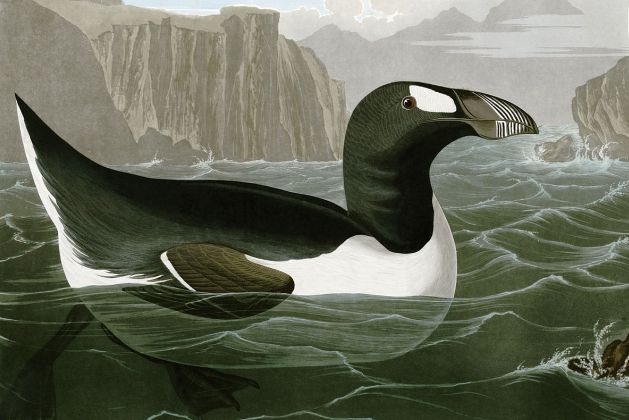 Hey, What About the Great Auk?