The Feast of Stephen 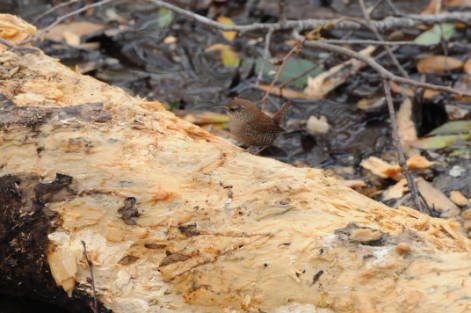 Of course, that’s not the only Yuletide ritual with uncomfortable implications for the Class Aves. Or specific members thereof. And I’m not even talking about dinner.

December 26, the day after Christmas, is the Feast of St. Stephen according to the Catholic calendar (you may recognize this from the carol Good King Wenceslas or from the occasional grumble that Boxing Day is too secular.) Various bits of Europe celebrate the day in various ways. Sleigh rides. Blessings. Feasting on pasta. Drinking.

Others get a little darker with it. In Wales people who slept in late – and female servants, who probably never slept in late in their lives – used to be beaten with holly branches for luck, although modern assault laws have largely ended the practice. And in Ireland, well…

In Ireland they killed Wrens. And tied them to the top of sticks. And then paraded them through town.

The explanations for this vary, and in this case it’s probably as much a result of the syncretic folk process as the Internet just lying all the time. And article in Smithsonian mentions several theories, including that the Wren represented the old year and needed to be got out of the way; that the Wren was symbolically associated with various episodes in the life of Jesus and was thus associated with kingly sacrifice; that a chattering Wren betrayed St. Stephen, leading to his martyrdom, and the species needed to be punished; or that a Wren had woken a band of Viking warriors prior to a raid by the Irish on their camp, leading to the defeat of the Irish forces and lasting interspecies animosity. I like the first one best, especially since the parade of the dead Wren involved collecting money for its burial – hardly what you’d do for a bitter enemy.

Of course, I could also see the theory that wren-hunting kept energetic young boys out from underfoot all day for two days in the dead of winter when everyone else was cooped up in the house and busy cooking for a series of religious feasts, getting steadily more sick of each other.

At any rate, time and cultural standards marched on and today the ritual is performed with dummy wrens. It’s still an eerie bit of Celtic folklore that would do Christopher Lee proud.

And, of course, it has nothing to do with the fact that the Stephen’s Island Wren, an endemic species from the coast of New Zealand, is now extinct.

Feature Image by Mark Musselman, courtesy of the USFWS. The Winter Wren was once considered conspecific to the Eurasian Wren, but wren-hunting never became widespread in America.