I have had to wait a long time to write this post. Red Warblers, Cardellina rubra, are easy enough to find in their highland Mexican habitat, but getting usable photographs has eluded me before. I still can’t claim great shots, but I am worried that someone else will beat me to it, so here’s what I’ve got. 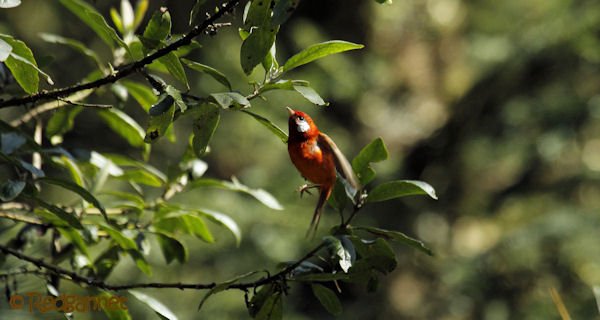 The problem that I have not been able to adequately surmount is the bird’s preference for forested shade. Like so many warblers, they are active and restless, causing blurring of the picture when longer shutter speeds are required. 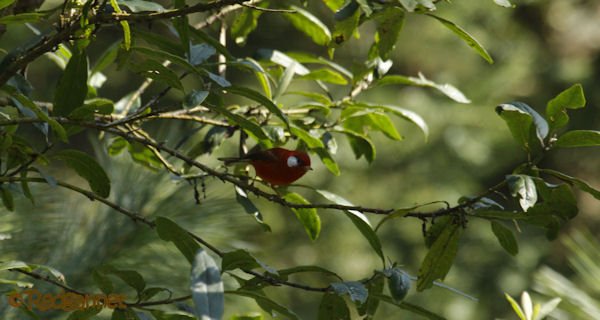 One way to overcome this is to take hundreds of pictures and hope that one of them comes out. Not a highly technical method I grant you, but the best that I could come up with in the excitement of the moment. Firing away at many frames per second can be effective once you have the focus, but finding an acceptable exposure is also an issue. To this end, bracketing is the key, but my lens likes to run through the full focus range after each set of three shots. So, re-framing the moving bird and finding focus again becomes the problem. Use a high ISO and open the aperture as wide as you can. It pays not to be too greedy with the zoom (Hah!). 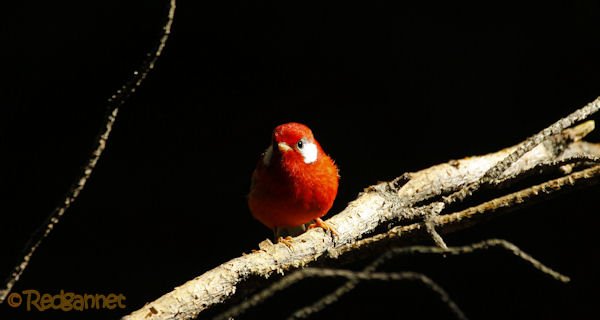 But shade is not always the enemy. The Red Warbler wears a large white face patch which can throw the camera’s auto-exposure a curve ball. A bright, direct light source can also cause strong shadows that spoil the picture. 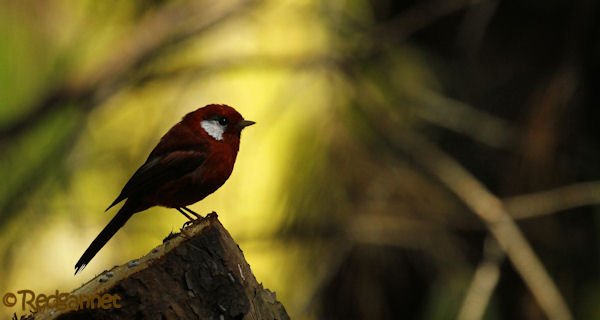 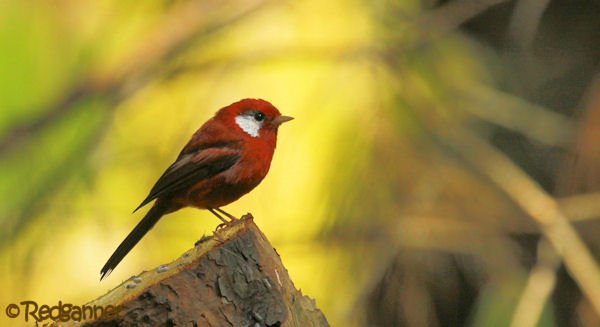 Best to get it right in the camera, but when you can’t, a bit of photo-editing can retrieve an otherwise rubbish shot. 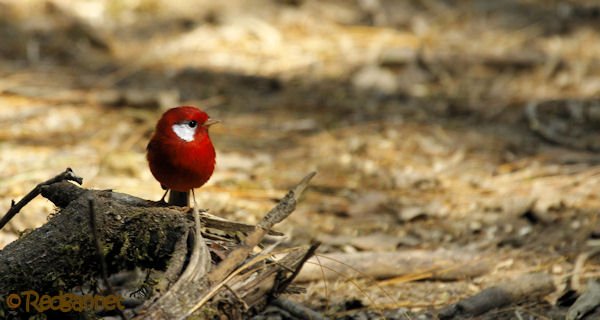 This is assuming that you can get a reasonably close, clear shot at the bird. They can be called in by “pishing”, but they usually tuck themselves behind the greenery while inspecting birders’ squeaks. 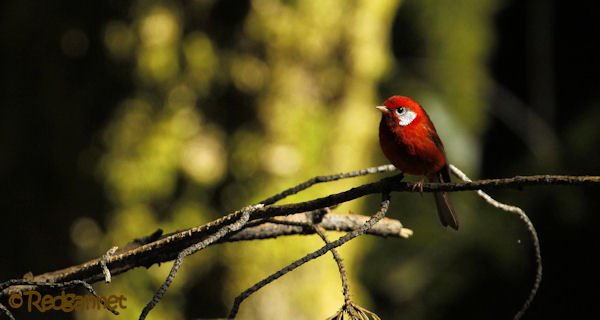 The Red Warbler is endemic to Mexico and can be found in the highlands to the north of the isthmus. The adults are superbly red with the aforementioned bright, white auricular patch. Juveniles are a less showy gingery hue. 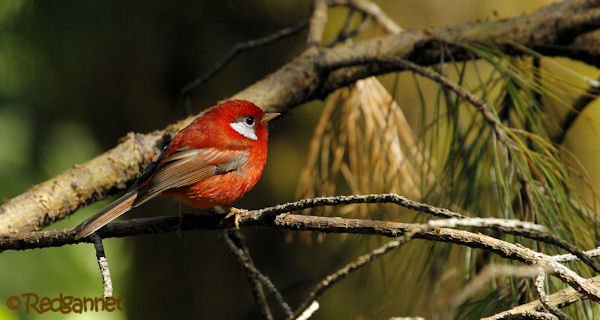 My most recent trip to Mexico City provided the opportunity for yet another go and I was delighted to be accompanied by my birdy buddy, Martin. We visited Desierto de Los Leones in the mountains above the city and were lucky to find a very approachable bird flycatching in a dappled area by the path. It watched for insects from exposed spots and sat still just long enough on each occasion for us to achieve focus. It also stayed around long enough for us to try different settings as it flirted with sunny perches and dramatic backgrounds.

You will quickly find better photos from a Google search, but I am happy enough to consider that itch scratched.