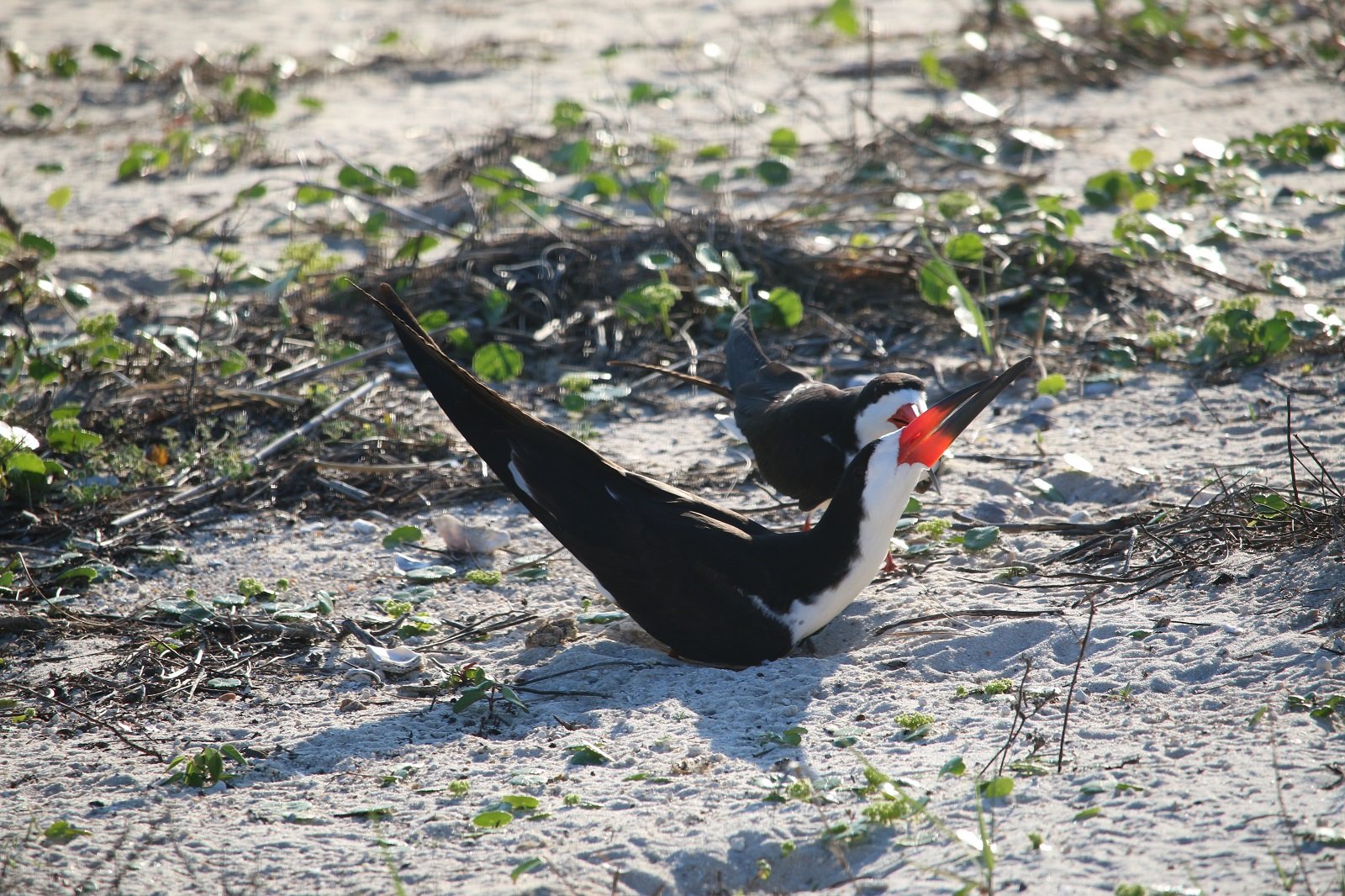 They have returned! Last week I drove over the Navarre Beach Causeway, peering carefully to either side as I slowed to 20 mph. For the last few months the sloping sides of the bridge met the water with no birds dotting its sand other than a few pigeons or gulls.

In one big wave the Black Skimmers and Least Terns arrived on the Panhandle, filling the skies with their unique calls and patrolling the bays and Gulf of Mexico for prey. I waited impatiently for the first signs of the chicks to come.

Least Tern watching over its egg.

As I drove, I slowed down even further, pulling over to the road’s shoulder and quietly hopping out of the car. Barriers have been set up to prevent pedestrians and anglers from strolling through the nesting grounds, and I made sure to keep a safe distance. From where I stood I spotted my very first Least Tern egg of the year, smooth and camouflaged near one of its parents.  I quelled the urge to jump in the air for joy, as I didn’t want to disturb the birds, but contented myself with a big grin and lots of photos.

The Black Skimmers also lay on their stomachs, but I didn’t see their eggs on this trip. They were loud, periodically standing up and running to another spot before settling down again. As the sun set, whole groups took wing, flying low over the water and showing everyone how unique skimming feeding tactics earned them their name.

The bridge may seem an odd place to nest, but last summer this was one of the most successful colonies on the Florida Panhandle. These species historically nested within dune ecosystems, but beach development and traffic has driven many away, and certain populations now nest on roofs or structures like the Navarre Beach Causeway. While protection efforts are underway on the beaches, I am gratified that populations can still survive on non-traditional nesting grounds! 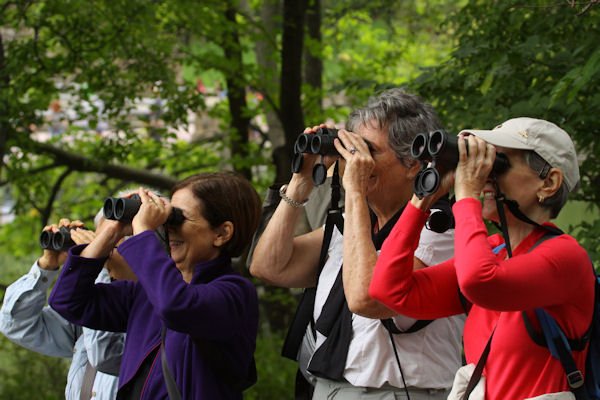 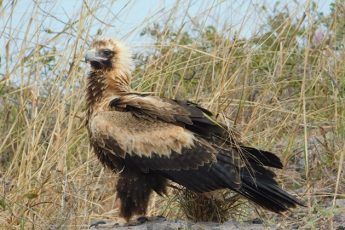 « Previous post
Where Are You Birding This Second Weekend of May 2016?
Next post »
Birding: Time and Effort