Robert Gallardo is well-known to many readers of 10,000 Birds as an outstanding Neotropical nature guide, author, and manager of La Chorcha Lodge. He is also the Vice-President of the Honduran Ornithological Association. A Spanish version of the following article appeared in the 9/4/11 edition of the Honduran publication, La Tribuna.

Everyone talks about human rights and there exists so many groups that are either governmental or non-governmental who work toward that cause. But, what about the rights of those who cannot defend themselves? How many institutions exist who speak for them? We are talking about the flora and fauna and in particular the birds, whose sole beauty makes them an easy target for some people.

We can say with much certainty that the majority of people admire and are fascinated with the resplendent colors of macaws, parrots, toucans and hummingbirds. We can even go as far as to say that some even appreciate their colors while they are free flying, but not everyone is in agreement. For many centuries throughout the world mankind has kept birds as pets. In the Far East they keep birds of prey which they use to capture other animals such as foxes and rabbits. Many birds around the world in the Robin family (Turdidae) are favorites due to their musical songs. The quail, guans, ducks and pheasant are hunted for their meat. Other birds are purposefully poisoned because they are agricultural pests. Little boys kill thousands of birds each year with slingshots. Millions die each year that are hit by cars, crash into windows, wind turbine blades or at the paws of domestic cats. The introduction of exotic animals has extirpated and continues to threaten hundreds of species.

And these are just the direct assaults against birds! The simple fact that the increasing human population obliges us to destroy and alter natural ecosystems where the birds find home. It is more than obvious that we need land to cultivate our crops, gather firewood, and build infrastructure. The changing landscape will favor many common species, but weakens or annihilates the chances for more specialist species to survive. Parrots confiscated at the Honduran/Nicaraguan border now at the National Zoo in Tegucigalpa, Honduras © James Gilardi

The controversy starts right here between us and the birds. What can we do while species disappear from the planet each year? In reality there are two main factors that are affecting the birds of Honduras which is population growth and the capture for the pet trade.

Each one of us can make the decision of which is more important; that our personal family gene flow will continue or if we can help to maintain a healthy environment in the long run. Obviously the majority of the people (in Honduras) opt to have children because the reality is that mankind is so self-centered and in the long run continues to destroy his own world. Regardless, because mankind will not learn until it is too late. The very least that one could do is opt to have only one child, which will minimize the pressures and demands on the natural resource base. It is quite simple. The lowering of consumption will decrease pressure on the alteration of natural ecosystems.

Also, no one should have birds as pets. On top of being illegal to capture and sell birds in the country, it is also immoral. One just has to ask oneself, would I like to live in a cage for the rest of my life? Many birds can live 10 to 15 years and the beautiful macaws for 50 years or longer. Imagine yourself living caged up your entire lifetime and perhaps you will begin to understand what I am saying. The illegal bird trade kills thousands of birds each year just in the manner they are smuggled. If you are a municipal employee enact rules that would prohibit the sale and use of slingshots where you live. In some parts of the country it is already illegal to have slingshots. And if you know someone who is capturing birds to sell, report them with confidence to the NGO Honduran Ornithological Association. We will take charge of the prosecution. Better yet. Buy a pair of binoculars and admire the birds in the wild! Join the HOA alongside the other members and you can meet a new friend with whom you can go out and bird watch in your neighbourhood. The annual Christmas Bird Count at the Lancetilla Botanical Gardens in Tela, along the north coast of Honduras 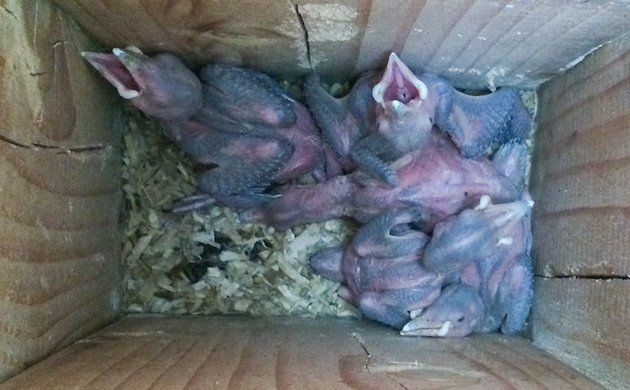