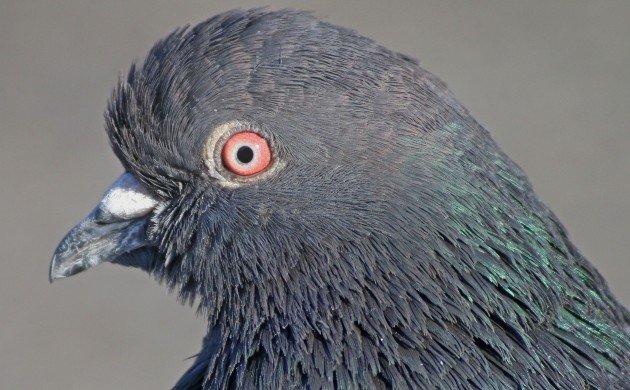 It seems like lately, every time I glance at a screen or opened a newspaper (okay, let’s be realistic, the newspapers were on screens too), there’s some kind of interesting bird-related content. Maybe migration has seeped into the cultural zeitgeist and turned everyone a little bird-crazy. To wit:

Thousands of pigeons (or Rock Doves, if you’re ticking them on a list) with tiny lights attached to their legs swarmed the skies over Brooklyn, NY, as part of an art project that is now getting some backlash. (Pigeon photo above by Corey)

Get ready for an onslaught of hype for the Angry Birds movie, which has its U.S. release this Friday; thus far, the reviews are mixed.

Novelist and famous birder Jonathan Franzen competed on Jeopardy! this week; he didn’t win, but he rocked the Birds of a Feather category, and earned $10,000 for the American Bird Conservancy.

Last but not least, everyone’s favorite satirical fake-news site, The Onion, is jumping on the bird bandwagon with a recent article declaiming the high rate of bird-on-bird sexual harassment, complete with a “Hey baby, check out my plumage” photo of a really intimidating-looking Brown-headed Cowbird.

Why Go To the Midwest Birding Symposium?