To Tick or Not to Tick – Exotic Birding in Miami 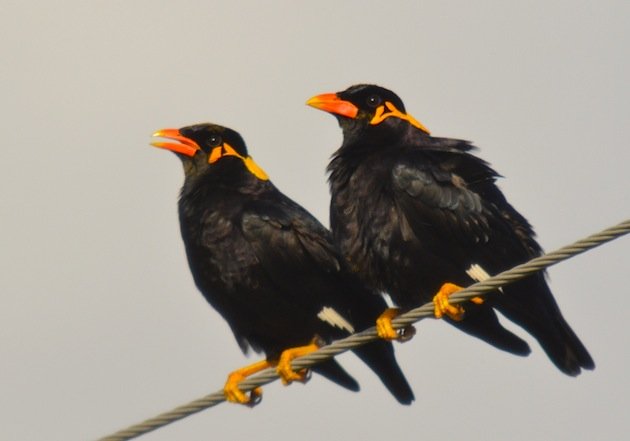 The Carolina Parakeet was extinct by 1918 and extinct in the wild by about 1904. The USA’s only truly indigenous parrot was wiped out by a combination of factors, although direct persecution through hunting seems to have been the major contributor. Today, if you want to see parrots in the USA you need look no further than Miami. Nearly 70 species of parrots have been recorded flying free at some stage or another in Miami, including Hyacinth Macaws. But its not just parrots that are doing well in their adopted city. Dozens of other introduced bird species, largely escapees from pet owners, now call Miami home. Miami, with its warm climate and abundant food sources, has become a hotbed of exoticism. Well-represented exotic families include starlings, ducks and doves and there are also many more individual species that now thrive here. Strangely, only a paltry eighteen exotic bird species are countable for birders, according to the American Birding Association. Some uncountable species, like Mitred Parakeets, are in fact way more numerous than some of the countable species and they are clearly breeding in well-established populations. Red-masked Parakeets, readily seen around Miami, are not countable

I recently had a great day out targeting miami’s exotic birds. But I couldn’t help but get more excited about the countable species as opposed to the uncountable ones. This got me thinking about whether there are other birders that think this way and, more importantly, whether our thinking is too restrictive. Why, for example is it ok to count White-winged Parakeets in Miami but Yellow-chevroned Parakeets, which are more numerous, are off limits? Why is it that Red-whiskered Bulbuls, which are countable, can sometimes be as tough to find as Hill Mynahs, which are not countable. There has to a logical reason. Right? A pair of Hill Mynahs in Miami

So why the reluctance to include more exotics on the official lists? I suspect that it is just this. Reluctance. For an aspiring exotic to be listed as countable on the ABA list the following criteria need to be met:

1. The species is recorded in the form of a published photograph or a specimen archived in an ornithological collection.

2. There is a more-or-less-contiguous population of interacting or potentially interacting individuals, rather than a scattering of isolated individuals or pairs.

3. The population is not currently, and is not likely to be, the subject of a control program where eradication may be a management goal that is likely to succeed.

4. The population is large enough to survive a routine amount of mortality or nesting failure.

5. Sufficient offspring are being produced to maintain or increase the population.

6. The population has been present for at least 15 years.

7. The population is not directly dependent on human support.

8. A publication, ideally in a peer-reviewed journal or book, describes, how, when, and where the above seven criteria have been met.

The stars really need to align for an exotic to join this elite list. But for dozens of species, the first seven criteria, at face value, are easily met. It is with regard to number 8 that the word “reluctance” comes into play. I suspect that way more research and documentation is conducted on indigenous bird species. The Spot-breasted Oriole, a native of Central America, is one of the lucky exotics to make the list

There is a well-founded preference amongst ornithologists and researchers to focus on the pressing research needs of declining native species rather than devote valuable research hours to increasing introduced species. The exceptions to this rule might pertain to increasing exotic species that researchers suspect are having massive impacts on native birds ie. European Starlings (although it must be noted that European Starlings exist on the ABA list as “native vagrants” on account of a specimen from Shemya Island, Alaska). I would suggest that precisely for this reason many species that might fit the criteria for numbers one through seven fall short because they have not been given their due diligence by researchers.

So where do all these rules leave us common birders who just want to enjoy a day’s birding in a city like Miami? Do we abide by the rules and only count the “countable exotics”? Or do we rebel and compile our own lists? To me the choice is like drinking coffee – if its legal do whatever you please. 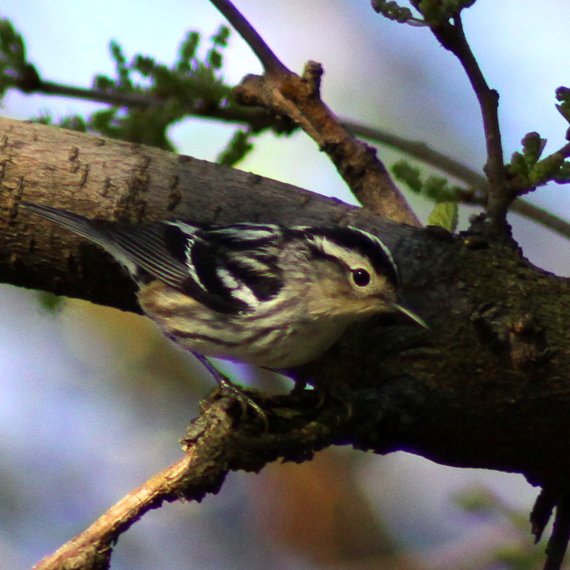 Best Bird of the Weekend (Second of March 2012)