Apart from the first frenzied hours of my arrival in Oakland, birding was restricted primarily to those species eking out a living in my hotel’s foliage. Not that I tired of my spare minutes with the same old scrub-jays, ruby-crowns, yellow-rumps, crows, gulls, Anna’s Hummingbirds, Black Phoebes, and Brewer’s Blackbirds …it’s just that I wasn’t done looking for new species! My one auspicious addition to the trip list was a pair of beauteous, brown-headed Bushtit engaged in nest building.

My commitments wrapped up around 5:30 on Friday evening, giving me plenty of time before my overnight departure. Arrowhead Marsh beckoned, but the traffic betwixt me and Oakland threatened to eat up the remaining light well before I got my eyes on birds. In response, I resolved to find a decent place right there in Pleasanton. This task was far easier said than done. The section of Pleasanton where the two major highways intersect seemed heavy on industry and commerce, but light on parks or decent habitat. So, I did what any birder in my position would have done, hopped in my car and just drove towards the hills, seeking out the point at which development stopped and the natural world began. What I got was a plot of land, no doubt a future office park or strip mall, with a few clumps of trees and enough distance from the road to shelter some interesting critters.

Believe it or not, my gambit paid off. The first bird I came upon was a Western Meadowlark singing sweetly in the fading light. I’ve seen the Eastern Meadowlark before, but never the Western one, so this was a thrill. Further exploration of this tract revealed lovely flocks of Oregon juncos, White-crowned Sparrows, Yellow-rumped Warblers, and Western Scrub-jays, the last of which I finally snapped a halfway decent picture. Who knew that a shy species of jay was out there?

Apart from the meadowlark, I enjoyed two special sightings. The first was no bird, but rather the most ginormous jackrabbits I’ve ever seen. These huge creatures, likely Lepus californicus, the Black-tailed Jackrabbit, looked more like bobcats than hares. However, those ears don’t lie. The second was what appeared to be a raptor gliding overhead, ghostly white with extremely long wings. The fading light of dusk made an immediate ID difficult, but the bird was clearly too lanky to be a falcon and too pale to be a nighthawk. It wasn’t until I was on the plane that I realized that my stranger by twilight was a White-tailed Kite, not a new bird but one I’m always happy to see. 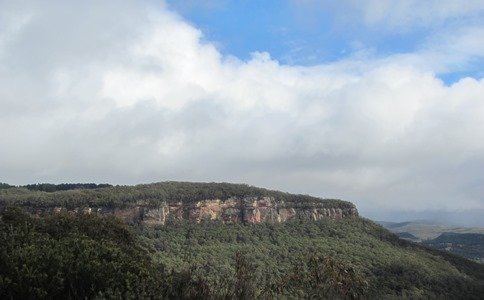